What We Aren't Eating is Killing Us, Global Study Finds 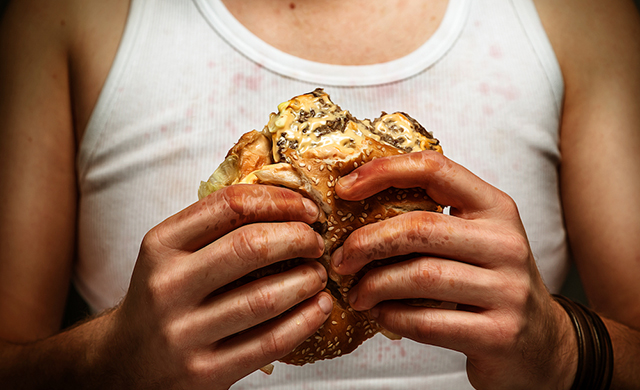 Which risk factor is responsible for more deaths around the world than any other? Not smoking. Not even high blood pressure. It's a poor diet.

"In many countries, poor diet now causes more deaths than tobacco smoking and high blood pressure," said Ashkan Afshin, an assistant professor at the Institute for Health Metrics and Evaluation at the University of Washington.

And it's not just that people are choosing unhealthy options such as red meat and sugary sodas. Just as critical, said Afshin, the lead author of a 27-year global diet analysis published Wednesday in the journal the Lancet, is the lack of healthy foods in our diets, along with high levels of salt.

One in five deaths globally -- that's about 11 million people -- in 2017 occurred because of too much sodium and a lack of whole grains, fruit and nuts and seeds, the study found, rather than from diets packed with trans fats, sugar-sweetened drinks and high levels of red and processed meats.

The large study size means these findings are relevant to everyone, no matter where they live, said Andrew Reynolds, a postdoctoral research fellow at the University of Otago in New Zealand, who was not involved in the study.

"The findings of the paper will inform policy decisions that shape what food is available in Western countries, how it is marketed and potentially what it costs in the coming years," Reynolds said.

In the analysis, funded by the Bill & Melinda Gates Foundation, Afshin and his colleagues looked at 15 dietary risk factors and their impact on death and disability. High levels of unhealthy red and processed meats, sugar-sweetened beverages, trans fatty acids and salt -- all known to be health risks -- were compared with the effects of a diet low in many healthy foods. Those healthy items included fruits, vegetables, whole grains, milk, calcium, nuts and seeds, fiber, legumes or beans, omega-3 fatty acids from seafood, and polyunsaturated fats, the good-for-you fats found in salmon, vegetable oils and some nuts and seeds.

Except salt, which was a key risk factor in most countries, the study found red and processed meats, trans fats and sugary drinks at the bottom of the risk chart for most countries.

In fact, more than half of all global diet-related deaths in 2017 were due to just three risk factors: eating too much salt, not enough whole grains and not enough fruit. Those risks held true regardless of socioeconomic level of most nations, Afshin said.

The new study is part of the yearly Global Burden of Disease report, prepared by a consortium of thousands of researchers that tracks premature death and disability from more than 350 diseases and injuries in 195 countries.

In January, the consortium released its "diet for a healthy planet," which said that cutting red meat and sugar consumption in half and upping intake of fruits, vegetables and nuts could prevent up to 11.6 million premature deaths without harming the planet.

Afshin said an overview of these results, but none of the details, was in last year's Global Burden of Disease report, making this year's version "the most comprehensive analysis on the health effects of diet ever conducted," despite some methodological flaws and gaps in data from underdeveloped countries.

"That's a good claim," Reynolds said. "Studies are published every year on how we eat; however, the amount of data considered and the global representativeness make this study worth attention." He added that the risk rankings provide public policymakers with "invaluable information on what dietary behaviors to target first."

Ten million diet-related deaths in 2017 were from cardiovascular disease; cancer was responsible for 913,000 deaths, and Type 2 diabetes accounted for 339,000 deaths. In addition, 66% of disabilities in 2017 from a range of chronic diseases were due to those three factors.

Interestingly, obesity was not a top-tier contributor, coming in at sixth on the list of global disease risks, Afshin said.

Uzbekistan had the highest number of diet-related deaths, followed by Afghanistan, the Marshall Islands, Papua New Guinea and Vanuatu. Israel had the lowest number, followed by France, Spain, Japan and Andorra, a tiny principality between France and Spain.

For the United States, India, Brazil, Pakistan, Nigeria, Russia, Egypt, Germany, Iran and Turkey, a lack of whole grains was the greatest risk factor; for many more countries, that came in second or third. That doesn't mean people in these countries ate no grains but rather that they ate processed grains, with little nutritional value and the potential for high calorie counts.

Reynolds, who published a study in The Lancet on the effect of whole grains this year, cautions that many of the products sold to consumers today as "whole grain" often aren't.

"Whole grains are being included in ultraprocessed products that may be finely milled down and have added sodium, added free sugars and added saturated fats," Reynolds said. "I think we all need to be aware of this and not confuse the benefits from the more intact, minimally processed whole grains with what is often advertised as whole-grain products available today."

A whole grain is defined as the use of the entire seed of a plant: the bran, the germ and the endosperm. The Whole Grain Council provides a stamp, available in 54 countries, that consumers can look for that certifies the degree of whole grains in the product.

The greatest risk factor for China, Japan, Indonesia and Thailand was the amount of sodium in the diet. That is probably due to the extremely salty rice vinegars, sauces and pastes used to cook traditional Asian foods, Afshin said.

Does that mean those cultures are going to continue to live with that high risk? Not necessarily, said Corinna Hawkes, who directs the Centre for Food Policy at the University of London.

"Anyone who studies the history of food will tell you cultural preferences change over time," said Hawkes, who was not involved in the new study. "They do shift. But yes, in this case, it will likely involve a culture change."

In Mexico, the lack of nuts and seeds was the highest risk factor, followed by a lack of fruit in the diet. And it was one of the few countries where unhealthy sugary beverages ranked quite high -- at No. 6. That's not only due to a cultural preference for sodas and homemade sugary drinks called aguas frescas, study co-author Christian Razo says, but a lack of access to clean water and even fruits and vegetables.

"We don't have free clean water to drink," said Razo, who has a Ph.D. in nutrition from the National Institute of Public Health of Mexico.

"So people have to buy clean water to drink, and if they're going to have to buy something, they prefer the soda," she said. "It's also easier to get processed food than fresh fruits and vegetables."

Razo says that while Mexico is a huge producer of fresh fruits and vegetables, those are purchased by distributors in the United States and other countries, leaving people in the cities with little access to affordable fresh options or the ability to grow their own.

"We encourage people to buy in local markets, but they are more expensive," Razo said. "It's hard to compete with all these huge brands that buy the produce. So, yeah, we have a big challenge."

As for nuts and seeds, "people just can't buy them because they're very expensive," she said.

Policymakers reacted to the study with a call to action.

"Unhealthy diet is the top risk factor for the Global Burden of Disease. The relative importance of this factor has been growing and requires urgent attention," said Francesco Branca, director of the Department of Nutrition for Health and Development at the World Health Organization.

"The public needs to be aware of the critical links between diet and health and demand public action to improve the access and availability of foods that contribute to healthy diets," Branca said. "Considering the need for urgent action the UN General Assembly has declared 2016-2025 the UN Decade of Action of Nutrition, and is asking governments to make such commitments."

That is going to require a coordinated effort between public policymakers, food growers, marketers and distributors, which will be a significant feat, Hawkes said.

Getting back to whole grains, for example, is going to require a complete change in the economics of food production and distribution, she said.

"Refining grains is highly profitable," Hawkes said. "Take corn, for example. You can refine it into different ingredients: animal feed, refined flours and high-fructose corn syrup to name three. So manufacturers are generating multiple value streams from this refining process.

"If we then say, 'I'm producing corn to make one product,' then we need to have dialogues with the industry to ask about where public investment is needed and how we can shift the system, because it's going to be a big deal. It's a big, big shift."

But Hawkes is hopeful. Twenty years ago, she said, when she entered a room of global health policymakers and mentioned the importance of diet, she was seen as "sort of a fringe person. Now, when I enter a room and say that, it's taken seriously."