Your daily news, powered by your professional world. Get insights and news, catered to you 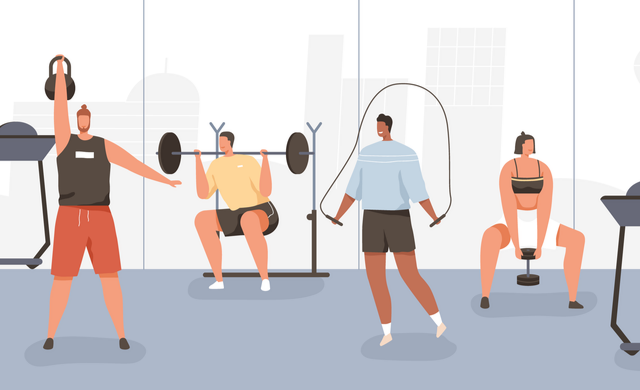 Pre-covid, the fitness industry reached an all-time high of nearly 70 million consumers in the US. Although growth in the 2010s was nothing like the 2000s, the demographics of fitness consumers expanded to a more diverse active population.

Gym and studio users of Hispanic heritage helped propel fitness industry growth in the past decade. And they will continue to drive growth for at least three reasons:

Let’s look at how each reason specifically impacts fitness behavior.

The Latinx Community in the US

US Census data shows the Hispanic/Latinx population has grown by 23% since 2010. Roughly 62.1 million Americans are of Hispanic heritage, up from 50.5 million at the start of the past decade. By comparison, the non-Hispanic US population grew by 4.3% over the 2010s.

Historically, the average age of fitness consumers at gyms and studios hovers around late-30s to early 40s, according to IHRSA’s Health Club Consumer Report. As younger Hispanics come of age, we can expect the demographic makeup of fitness consumers to lean towards Latinx.

The Economic Potential of Latinx

A 2019 government report estimated that Latinos in the US account for $2.3 trillion in economic activity. That would rank as the eighth-largest economy in the world. That’s higher than Canada, Spain, and Saudi Arabia, based on data compiled by the International Monetary Fund (IMF).

The economic power of the Latinx community is projected to increase for a few reasons:

This increase in economic clout is not just a by-product of population growth.

Increasing levels of education and entrepreneurship across Latinx will impact their buying power. Younger Latinos will be completing college and potentially pursue advanced degrees, all of which will increase their spending power.

Lastly, the same government report shows that Hispanics are more likely than non-Hispanics to be new entrepreneurs. As successful business owners, this group may have the time flexibility and income to invest in health and fitness.

By the end of the past decade, we saw glimpses of the spending power of Latinx reflected in fitness behavior. That, along with a rising awareness of exercise and healthy behavior, drove fitness consumption from the Latino community to an all-time high.

The IHRSA Health Club Consumer Report** shows that over the past decade, the number of Latinx health club members nearly doubled, growing by 94.5% from 2010 to 2019. By the end of the decade, 12.3% of gym and studio goers were of Hispanic descent, up from 8.4% in 2010. The growth in fitness facility usage mirrors the growth of the Latinx community in the US.

What Hispanic fitness consumers engage in is a testament to their economic clout and spending power:

The data shows that with increased fitness spending and above average rates of wearable usage, Latinx consumers are sold on health and wellness.

The Health & Economic Impact of COVID on Latinx

It would be remiss to overlook the health and economic impact COVID has had on Latinx as a community (and consumer).

CDC data shows that Hispanics/Latinos are at significantly higher risk of hospitalization and death relative to the overall US population (2.8x for hospitalization and 2.3x for death). A survey by Pew Research found that more than half of Latinx adults (52%) have a family member or close friend that was hospitalized due to the coronavirus or died from COVID-19.

Pew Research data also shows that nearly half of Latinx adults (49%) in the US have had someone in their household either lose a job or take a pay cut since February 2020.According to the Bureau of Labor Statistics, Hispanics accounted for 23% of the initial job loss induced by the pandemic.

With all the hardship brought on by COVID, why look out for the future of fitness in the Latinx community?

The Fitness Forecast for Latinx

COVID has underscored the importance of healthy habits and regular exercise. Long thought as a privilege, health and fitness is now more accessible thanks to an accelerated pivot to digital for health care and fitness programming.

Yes, unemployment rates across Latinx soared during the pandemic, but it is slowly getting back to pre-pandemic rates. With labor participation rates increasing among young Latinos, there’s reason to hope employment rates will not only level out, but potentially reach a new high for the Latinx community. And let’s not forget success in entrepreneurship will also bode well for the purchasing power of Latinos.

Improving economic trends combined with precovid fitness behavior all point to the continued rise of the Latinx fitness consumer.

The proliferation of digital fitness in the past 18 months will also keep driving Latinx health and wellness activity into the industry. A PWC study found that Hispanics are more likely to use technologies like wireless devices and streaming services relative to the overall population.

Since the future of fitness is hybrid, you can bet Hispanics will be a significant part of that for years to come, mirroring the growing economic stability and clout of the Latinx community.

*Despite some controversy around the distinct meanings of Hispanic, Latino and Latinx, I am using all three terms interchangeably in reference to individuals of Hispanic heritage and/or individuals that belong to the Latino/Latinx community.

**It’s important to note that the consumer survey this report is based on is in English, so the data compiled reflects Latinx consumers with a fluent or native proficiency in English.