Depression in Young Latinos and the Unique Stressors Behind It 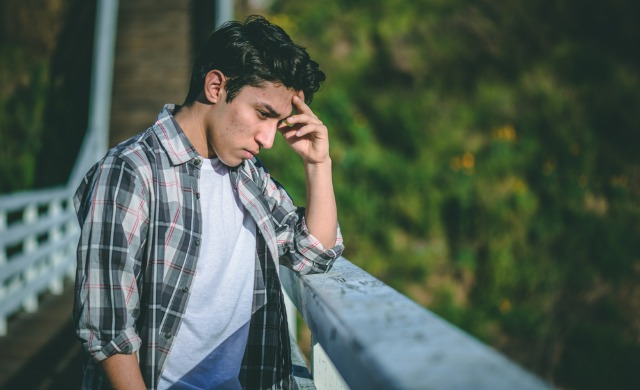 Particular challenges and cultural influences may have a great impact on what causes these symptoms and how effective treatment is. A unique combination of factors, including immigration, discrimination, and acculturation, has inevitably impacted the mental health of the U.S. Latino community in general, and particularly of those who may be more vulnerable.

The realities of the COVID-19 pandemic may have worsened the situation, widening the gap and making racial and ethnic disparities even .

Latino communities have the second highest number of COVID-19 cases in the United States. They’re also more likely to become hospitalized and die from the disease than other ethnic and racial groups.

According to the 2019 U.S. Census Bureau, an estimated 60.5 million Hispanic or Latino people live in the United States. Approximately 22.3% of them are under the age of 19. About 15.1% of these young people experience symptoms of depression, according to Mental Health America.

Change is needed and overdue. Culturally informed mental health treatments and prevention programs may be more necessary than ever.

When we refer to Latino youth, we’re including children and adolescents up to 18 years old.

“Research studies have found that Latino youth experience the highest levels of depressive symptoms relative to other racial-ethnic groups in the United States, and among the highest rates of suicidality,” Gabriela Livas Stein, PhD, the associate director of clinical training at the University of North Carolina at Greensboro, tells Psych Central. “These increased symptoms start as early as late elementary school and have been documented into young adulthood.”

In fact, research from 2017 found that about 22% of Latino youth in the United States experienced depressive symptoms.

These numbers apply to both U.S.- and foreign-born Latinos, although general rates of mental health conditions tend to be higher in those born in the United States.

Despite these rates, a 2017 research review found that only 8% of Latino children have received mental healthcare during their lifetimes, compared with 14% non-Latino white children.

Research can sometimes focus on a white understanding of mental health. However, culture can influence how people talk about and describe mental health symptoms.

“There is still a stigma against seeking mental health support from outside the family or from professionals, as there is a belief that with additional familial, social, and church support, youth can overcome their depression,” Stein explains.

In addition, Latino youth in the United States are often the children of immigrant parents with unresolved trauma of their own.

“This unresolved trauma is passed down from one generation to the next, and can manifest itself in depression,” explained Carlos Paul Duarte, a psychotherapist in Los Angeles, California.

“While there can be several factors that contribute to depression, cultural and historical considerations should be made to gain insight into the underlying issues of depression among Latino youth,” he says.

Depression may be a natural and valid response to the stressors that Latino youth experience in their social and physical environments.

These could, in part, explain the high rates of depression among Latino youth.

Acculturation refers to the process of adapting and assimilating a different culture. Everyone lives this process in different ways, and age is an important factor.

If you leave behind the place and culture you’ve been born and raised in, having to learn a new language, understand new social cues, and adapt to new academic and institutional systems may present a challenge.

Learning to appreciate different types of foods, music, and even traffic rules can also be overwhelming.

This could be particularly challenging if you weren’t the one who decided to come to a new country.

For a teen who doesn’t speak English and doesn’t yet know how the U.S. school system works, starting high school can be additionally stressful and intimidating, compared to someone born here.

“There are generational and cultural gaps that create problems in the adolescent trying to fit into the new culture,” says Ivette M. Gómez, a licensed mental health counselor in Naples, Florida. “They usually need more freedom and more flexible controls that when not offered by the parents, creates frustration and anger that could turn into depression.”

Acculturation isn’t challenge-free for those Latinos born in the United States, though. Oftentimes, parents continue their traditions at home, including language, food, celebrations, and health notions.

“Parents who themselves were raised in Latin America at times struggle with figuring out how to go about instilling values they were brought up with in the more individualistic society in the United States,” says Andrea Vargas, a licensed mental health counselor working with children and adolescents in Weston, Florida.

In other words, positively and actively identifying with your culture seems to lower the chance of developing mental health symptoms. However, for those having a harder time with acculturation processes, this may become a challenge.

A  found that the more a young Latino person identifies with their ethnic culture, the fewer symptoms of withdrawal and depression they develop. Interestingly, identifying with U.S. culture doesn’t show the same results.

“It is according to the level of resilience that they will either become bicultural and have pride of the background or might develop psychological problems, sometimes depressive states,” explains Gomez. “They have to make decisions about retaining their language and culture, or not. It’s a dilemma.”

Acculturation and cultural identity may sometimes lead someone to face family conflict. This is the case for many young Latinos.

“Parents worry that their youth are losing their Latino heritage and gaining American values and behaviors, and youth view their parents as not understanding their new cultural context and too rigid and demanding relative to other parents,” Stein says.

Views toward gender identity and sexual orientation can also garner differing opinions from family members across multiple generations. Parents may have different attitudes toward gender and sexuality, which can also cause distress and conflict for a teen.

“Culturally, there is an emphasis on family and sacrificing for others, which can make boundary setting uncomfortable. This can lead to increased stress, which can exacerbate depression,” Teresa Yanez, PhD, a clinical psychologist in Los Angeles, California, tells Psych Central.

shows that young Latinas may experience higher rates of depression than Latino boys, and that gender role discrepancy is a culture-specific factor contributing to this.

In many cases, younger Latinos face at-home demands and expectations regarding how they should behave and think, which doesn’t always coincide with those presented at school or in peer groups.

These discrepancies may lead to challenges in self-esteem, personal identity, and social interactions.

Learning a new language and having an accent

Communication plays an essential part in social interaction and adaptation. Language and accent can be determining factors when you try to communicate your thoughts and emotions.

Both U.S.- and foreign-born Latino children may have to speak one language at home and another in social, work, and school settings. If they have to learn English from zero, this may present additional challenges in learning and socialization processes.

Speaking English with an accent may also lead them to face discrimination and self-esteem challenges. When one’s language or accent is different from the majority, this can be an “othering” experience.

Language is an acculturation marker associated with more depression symptoms in younger Latinos. This can also create second language anxiety, which can impact every aspect of a person’s life.

Language barriers can also deter members of the Latino community from seeking support and mental health services for fear of discrimination or inability to find a therapist who speaks their language or can understand cultural references.

Migration can come with specific stressors. Regardless of how someone enters the country, being an immigrant comes with unique challenges.

Immigration perceptions and policies may change constantly and affect how others interact with you as well as your immigration status or that of your parents.

More than half of the students who said they fear having a loved one arrested or deported also reported symptoms of depression, anxiety, and post-traumatic stress disorder (PTSD).

A  that analyzed an older survey of more than 3,000 Latino teens found that lower socioeconomic status can be a contributing factor for depression.

“Many Latino adolescents state that they work at a young age to help the family financially in the United States or help outside of the country. This is stressful as they might be going to school, trying to be high achievers, and also working after school,” Gomez says.

Racial trauma affects people of all ages, particularly younger ones. The concept refers to traumatic stress that results from racism’s cumulative effects on someone’s mental health.

Untreated racial trauma may be passed down generationally.

“Ethnically minoritized youth are also, then, more at risk for negative developmental outcomes including depression, anxiety, delinquency, substance misuse, and even suicide,” she says.

Different types of discrimination may contribute to racial trauma:

Vicarious traumatizations can also occur by witnessing acts of racism on other people you identify with. An example is seeing other Latinos face discrimination or violence.

“Discrimination and racism are some of the most prevalent stressors,” says Gomez. “This includes social justice issues, cultural diversity issues, minority status, racial and ethnic identity. Sometimes language barrier can also affect if no racism or discrimination is experienced otherwise.”

Signs and symptoms of racial trauma in children and teens can include:

Racial trauma may also be an important contributing factor for a young person developing symptoms of depression.

The importance of a cultural approach to mental health

Many of the stressors that young Latinos face are related to culture. A culturally sensitive approach to mental health that also accounts for racial and ethnic disparities can make a great difference.

Vargas believes the approach is twofold.

“Schools and medical doctors should spread mental health awareness; provide screenings; offer education about mental health, symptoms for parents to be aware of, and have resources available,” she says.

In fact, a  suggested that keeping culture in mind leads to better treatment outcomes.

“Having conversations about the values, beliefs, previous and current experiences, needs, risks, and especially the strengths of minority youth and integrating them into each conversation, strategy, and phase of treatment is what makes evidence-based strategies culturally informed and beneficial for diverse individuals,” Metzger says.

Young Latinos in the United States may face unique stressors, additional to those typical of their age.

This is, in part, due to acculturation, cultural identity discrepancies, immigration policies, discrimination, and language barriers.

A number of national organizations now work with Latino youth:

But protecting our youth, regardless of national or ethnic origin, is our collective responsibility. It starts with awareness and it may continue with inclusion. This is a path we must all walk together.