Strategy and Planning, City of Hope

Navigating an Interracial Relationship in a Healthy Way 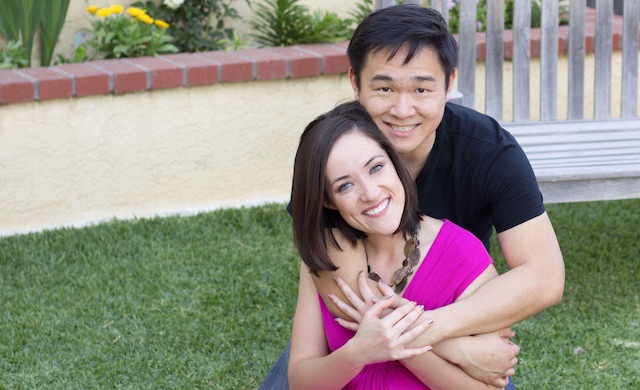 I met Jonathan on a sunny Sunday afternoon at a café in my local hometown—we were set up by mutual friends, a rare occurrence in the day and age of dating websites and apps. I shook his hand and our conversation started with casual small talk - the typical "get to know" questions.  I didn’t want to overwhelm him immediately with my Latina exuberance so I kept my enthusiasm at bay initially. It was quickly apparent that we could connect on a deeper level as we shared our family values and upbringing. I left our date knowing I wanted to see him again. Two years later, we are preparing for our festive summer wedding: a weekend blend of Mexican flair with Chinese honoring traditions.

I never thought I would marry an Asian man and I simply assumed my future husband would be Hispanic. However, relationships such as ours continue to be on the rise; and, according to studies on interracial couples from the most recent census, “non-Hispanic and Hispanic interracial opposite-sex married couples are the most prominent of all interracial coupling, comprising about 45% of such partnerships”. In the media, the example was first set by Lucille Ball and Ricky Ricardo in the 1950’s—examples of the joys but also potential challenges of marrying outside one’s race or ethnicity.

Even though Jonathan and I are still in the early years our relationship, here are a few tips we have practiced to help us navigate thus far. While the advice can be applied to any relationship, it is more important for those couples that have had very different upbringings and culture.

My parents, two immigrants from Northern Mexico, are thrilled to have a Chinese son-in-law.  Jonathan’s parents, originally from Hong Kong and Malaysia, embrace me openly and welcomed me as another daughter. We feel so blessed by their support but also acknowledge that the outcome has partly been a result of our intentional and thoughtful actions. The extra work has been worth the effort and resulted in other positive, unintended benefits, including the opportunity to teach cultural sensitivity and break any preconceived notions or stereotypes.