Feeling Tired? New Study Says Simply Looking at Coffee Will Wake You Up 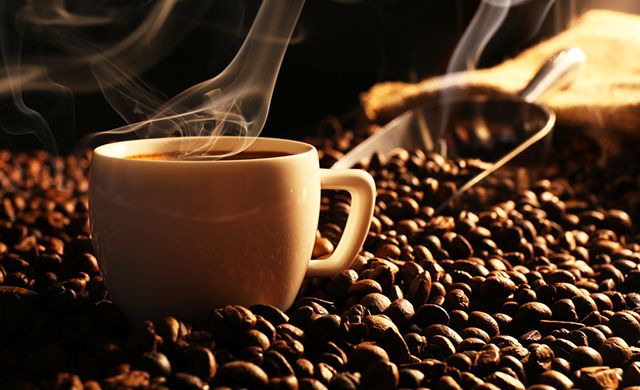 It’s no secret that coffee prompts alertness—which is just one of the many reasons why Americans can’t get through their mornings without a cup of joe. But you might be surprised to find out that, according to a new study published in the journal Consciousness and Cognition, simply seeing something that reminds us of coffee can make us feel a burst of alertness, as well.

Sam Maglio, an Assistant Professor of Marketing in the Department of Management at the University of Toronto Scarborough, and his colleagues analyzed four separate studies on the physiological effects of coffee and tea cues in both eastern and western cultures.

“People often encounter coffee-related cues, or think about coffee, without actually ingesting it,” Maglio said. “We wanted to see if there was an association between coffee and arousal such that if we simply exposed people to coffee-related cues, their physiological arousal would increase, as it would if they had actually drank coffee.”

As it turns out, it did.

The researchers discovered that people who are exposed to coffee-related cues apparently perceive time as shorter and think in more concrete, precise terms. They call this phenomenon “priming”—when being exposed to a reminder of something has a similar effect on the brain as that something. (It’s kind of like how seeing a 🍕 might make you simultaneously crave pizza and get some of the dopamine effect of actually eating pizza, or why seeing a cute photo of a dog can make you feel almost as good as actually petting one.)

“People who experience physiological arousal—again, in this case as the result of priming and not drinking coffee itself—see the world in more specific, detailed terms,” Maglio said. “This has a number of implications for how people process information and make judgments and decisions.”

It’s a particularly interesting result given the rise of the emoji in everyday communication, as it indicates that just seeing a ☕️ could make you feel more alert and attentive.

Additionally, it’s fascinating to note that the effect of these coffee-related cues is not nearly as strong in eastern cultures, where tea reigns supreme.

“In North America we have this image of a prototypical executive rushing off to an important meeting with a triple espresso in their hand,” Maglio said. “There’s this connection between drinking caffeine and arousal that may not exist in other cultures.”

It’s also worth noting that, as beneficial as coffee may be to productivity, it’s also a highly addictive and you should try not to overdo it. According to the Health Research Fund, more than 21 million Americans drink six or more cups of coffee every day. Given that drinking more than four cups per day could lead to a caffeine overdose and dramatically increase your risk of a heart attack, this isn’t good news. In equally terrifying news, there’s research to suggest that coffee may increase your cancer risk!

So be sure to drink your Joe responsibly. And if you like your coffee without milk, you’ll definitely be interested to read up on the fact that Science Says Drinking Your Coffee This Way Means You’re More Likely to Be a Psychopath.

The Dorothy diaries or: How I learned to stop worrying and love my dog