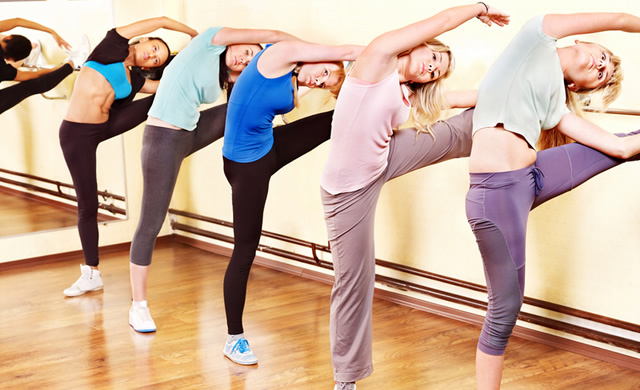 As someone who has always been something of an activist – I’ve been volunteering and active in the Latino community from a very young age – the same could not be said of my personal life when it came to my own health and well-being.

For most of my life, I was not very active physically – and certainly not what anyone would call an “exerciser.”

This is probably true of many Latinas, as exercise for its own sake is not something we are brought up with in our families or communities. But in the last three years, I have become much more physically active, and for all the right reasons. It started with the realization that at the age of 45, I was already 40 pounds overweight (and had been for 10 years). In my mind, I was not what a 45-year old woman was supposed to look like, especially in this day and age.

This precipitated a mindset shift that went into overdrive when my mother-in-law fell and broke her hip. This was a woman who was not overweight and appeared to be in good shape – but also someone who never exercised and was not strong enough to handle a physical setback. So after the fall, she suddenly found herself confined to a wheelchair and dependent on other people – and within a year she passed away.

I thought: this could easily be my fate 30 or 40 years from now – unless I start making changes now and become more physically active. And that’s when I started running. Or I should say, training for half-marathons – because if I was going to do this, I really wanted to challenge myself. More than just losing the weight, it was about preparing myself for the aging process, so that when I was 70 or 80 I wouldn’t end up dying from a simple fall.

That meant getting past the notion that many of us are raised with in the community to just let things work out for themselves – when really I was the one that needed to work out. I realized I had to take ownership of that by asking, “What can I do, right now?” Because if I wasn’t ok with myself at 45, what was it going to be like when I was my mother-in-law’s age?

I can’t say I especially enjoy running, but not doing it was no longer an option if I wanted to feel better about myself now and also prepare for a healthier future. I run four times a week, averaging about 15 miles, and hike on the days that I don’t run. I do this in the morning before work. Some have said that it must take a lot of will power, especially given that I don’t particularly enjoy it. But when there’s a bigger purpose to it, rather than just trying to look better, it gets easier to stick to the routine.

That bigger purpose also helps get past the hurdle of not having exercise as part of daily life growing up. I don’t remember ever seeing my mother or father working out. As with many of their generation and those before them, whatever physical activity they got was on the job. If I had suggested going on a hike with them, they wouldn’t see the point of it. They would think: why would I do something that’s probably going to hurt (because I’m out of shape and not used to it)? And how is it going to look for someone like me to be doing that (because of my age or fears or whatever)?

Then you also have to get past the idea that you’re “breaking with culture,” something that older generations feel strongly about and pass down to us. Or the mental model that people have of what they should look like at a certain age. Some may think they should look grandmotherly, because they have grandchildren. Fortunately, I had a different mental image for myself.  And I never would let fear get in the way of something I really wanted to do.

Still, it’s not always easy. Running is cardio and I always hated that out-of-breath feeling you get doing it. But I’ve gotten used to it and I even look at it a different way now; it means I’m pushing myself to the next level. I’m challenging myself to better my own race times. Not to mention the little things you start to notice in your daily life; for instance, it’s nice when you’re walking up a flight of stairs with other people and you’re the only one not winded!

I’m also motivated by the instant results you see with running. You’re getting feedback all the time, especially on race day, based on how fast you ran, how winded you felt during the race, or how strong at the end. You can run one race and feel great and the next one, not so much, and know it’s all in direct relation to how much you trained – or how many days you skipped.

Finally what keeps me going is knowing that, if you’re not striving, you’re losing ground. Exercise is not something you can put off. You can’t wait until you’re 75 before you realize you need to start being more active. The earlier you start, the stronger you’ll be and the better prepared for what the future holds – health and otherwise.

If you’re ready to start an exercise program, here are some tips I found helpful as a runner:

Find an exercise buddy. During the week, I have a running partner. On the mornings she can’t make it, it’s all too easy to go back to bed. She holds me accountable and gets me through those first 10 minutes, which are always the most difficult. I try to remember how good it will feel once I get going, and especially at the end of the run. Easier said than done though!

Get a coach. This is helpful whenever you want to learn something new, especially something you haven’t tried before. With running, for example, I had all kinds of questions. Am I doing it right? How far should I run? A coach can help you with your form, your distance and running times, the right training regimen to fit your lifestyle, even the right running shoes to fit your foot type.

Join a club. During the week I have a running partner, but I joined a running club to help me get through the longer distances. Every Saturday, we meet and do long runs of up to 10 miles in preparation for the next half-marathon. I know there’s no way I would run these longer distances by myself. And like my running partner, the running club makes me more accountable. I’m always more motivated when I know that other people are waiting for me to show up.

Alma Apodaca is the Director, Human Resources at City of Hope