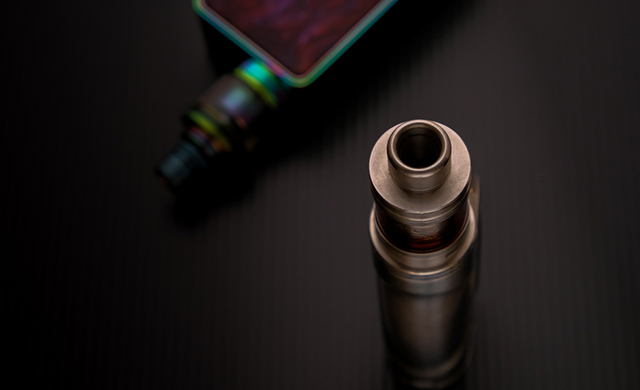 Minty and fruity vape pods are out, but menthol and tobacco flavors remain safe.

It's official: The federal government has orchestrated a nationwide ban on vaping products in vape shops, gas stations, or wherever else you might stock up, it announced Thursday. But instead of landing the vape industry a huge blow as it initially promised, the Trump administration slackened its stance and is only going after certain products. Namely, flavored pods and the cartridge-based e-cigarettes that take them. The ban does not cover menthol- and tobacco-flavored pods, nor does it cover open-tank vaping devices, which require the user to prepare their own vape juice. Pod fiends dreaming about strawberry fields of cloudy mango vapors (or whatever) will weep. Everyone else, not so much.

In a statement, the Department of Health and Human Services (HHS) emphasized its directive to prevent America's youth from getting hooked on nicotine—the kids love to vape flavored nicotine pods—while still giving adults access to menthol and tobacco vape products as an FDA-sanctioned means to quit smoking cigarettes.

“By prioritizing enforcement against the products that are most widely used by children, our action today seeks to strike the right public health balance by maintaining e-cigarettes as a potential off-ramp for adults using combustible tobacco while ensuring these products don’t provide an on-ramp to nicotine addiction for our youth,” said HHS Secretary Alex Azar.

The ban gives e-cigarette companies under scrutiny 30 days to stop manufacturing, distributing, and selling their products unless they apply for authorization through the Food and Drug Administration to legally continue onward—whether they make flavored pods or not. The FDA has yet to authorize a single such product. As for Juul, the infamous baddie of the teen vaping epidemic, it has already pulled most of its flavored pods from retailers. The ban also cracks down on companies that appear to be marketing to underage Americans. (Recently, the Trump administration upped the legal age to buy nicotine and tobacco products to 21.)

Vape bans are all the rage these days, with seven states and a couple big cities taking action against some or all vaping products to cut down on teen usage. On the flip side, vape proponents argue that adults need vapes to help them quit cigarettes, and point to the loss of jobs in vape stores across the country. Given the tension, HHS assured in its statement that this measure does not constitute a "ban." But, you know, it's a ban.

This saga first heated up back in September, when a batch of deaths was linked to vaping. That prompted President Trump, accompanied by the First Lady Melania, to come out tough against all vaping, floating the idea of a nationwide, all-encompassing, all-product ban. Obviously, that's not what we got. In the time since, more deaths have been linked to vaping, but we've come to understand that the vaping products in question were mostly bootleg pods for THC liquids that hid nasty additives like pesticides. Vape industry lobbyists went to work in D.C., and Trump apparently pivoted from "all vapes" to "some vapes."

So after months of "will they, won't they," the ban that is in place is a whole lot weaker than first suggested, and it gives companies another chance to get FDA approval on their products. Menthol isn't a popular flavor among teens, nor do teens like using open-tank devices to vape. Maybe now, though, given the restrictions on mint and fruit and cartridge-based devices, they'll be seen in a new light. Given that, public health advocates are pissed that the government didn't go far enough to save the kids. No one is happy. As goes America.