Americans May See Appeal of Medical Tourism in Cuba 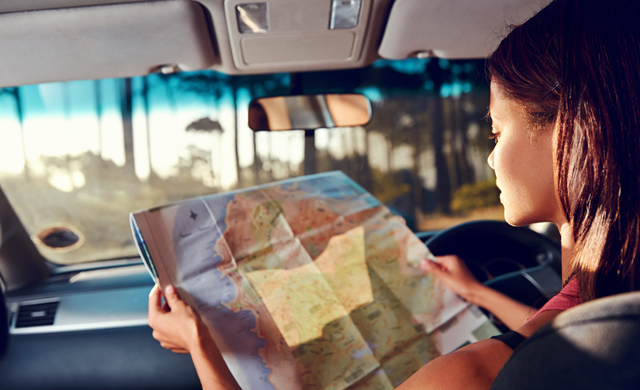 Thousands of people visit the country each year for what is known as medical tourism.

By WILLIAM NEUMAN for The New York Times

Anuja Agrawal jumped on the phone. President Obama had just announced that he would restore diplomatic relations with Cuba — and Ms. Agrawal, who runs a medical tourism company in Orlando, Fla., did not want to miss her opening.

She reached a health care administrator in Cuba, agreeing to move ahead with a deal that they had been discussing for months in the hope that American patients could soon start traveling to the island for medical treatment.

“There was a lot of excitement about it,” said Ms. Agrawal, the chief executive of Health Flights Solutions, adding that if Americans start traveling to Cuba for affordable medical treatments, it could mean a big economic boost for the country’s health system. “For them, they’re looking at it literally like winning the lottery.”

As the Obama administration chips away at the economic isolation of Cuba, whittling at an embargo that is older than most people on this island, industries of many kinds are trying to figure out what the easing of tension will mean for them, and exactly how much wiggle room there will be.

Thousands of people from other countries go to Cuba each year for what is known as medical tourism: travel abroad for surgery or other medical care, often because the treatment is less expensive there or is not available where patients live.

Now, the Obama administration has relaxed restrictions on travel to Cuba. Americans can come here for a range of reasons, including family visits, academic conferences, public performances, and religious and educational activities. While tourism or traveling to receive health care are still not allowed, the administration lifted a restriction requiring many Americans to travel with authorized groups or get a license in advance to visit the island.

“It’s a relaxation, a loosening of the restrictions,” Ms. Agrawal said, adding that once the door is open, “I always think it’s going to get looser and looser.”

In practice, the changes could mean that many more people will feel free to travel to Cuba, even for purposes outside the allowed categories. Thousands of Americans already travel to Cuba for tourism or other reasons that fall outside the guidelines, and even before the changes, many Cuban-Americans visiting family would take the opportunity to schedule medical treatments, many people here said.

A Treasury Department spokeswoman said that Americans wishing to travel to Cuba for reasons that fell outside the authorized activities could apply for permission, known as a special license, and that such requests would be evaluated on a case-by-case basis.

But the spokeswoman, who said she was authorized to speak only on background, said that Americans traveling to Cuba were required to keep records of their trip for five years and could be subject to audits to show that their travel met the guidelines.

Jonathan Edelheit, the chief executive of the Florida-based Medical Tourism Association, said some hospitals in the United States had expressed interest in forming partnerships with Cuban medical institutions, which could include the training of Cuban doctors. Such partnerships in other countries often go hand in hand with medical tourism, and that could eventually be the case in Cuba, he said.

“You’re going to see a tremendous amount of movement, whether it’s travel agents or medical tourism facilitators, so once it does normalize, they can start sending patients over there,” Mr. Edelheit said.

Cuba made health care a priority after its 1959 revolution, and it has earned a reputation for providing good, mostly free care to its people. Thousands of Cuban doctors also work abroad, in Venezuela, Brazil and other developing countries, in an exchange that provides the government of President Raúl Castro with hard currency or goods, such as oil, in return.

Mr. Edelheit said Cuban health care would be likely to appeal to some Americans because the island is so close, about an hour’s flight from Miami to Havana.

But for now, the most popular destinations for Americans who travel abroad for health care are Canada, the United Kingdom, Israel, Singapore and Costa Rica, according to a study by the Medical Tourism Association. It found that some of the most common procedures included spinal, weight-loss and cosmetic surgery, and cancer treatment.

Ms. Agrawal said she had been speaking to a Cuban health care facility for months, anticipating an eventual opening between the two countries.

“In terms of being a viable destination, what was holding it back, of course, was the travel restrictions and embargo,” she said of Cuba. “Now, with some of that opening up, they’ve got extremely good health care. They’re very close in terms of travel.”

Unlike Americans, Canadians do not have travel restrictions, and Cuba is a popular vacation destination; many Canadians travel there for health care as well.

“The physiotherapists and the doctors are extremely knowledgeable and well trained in Cuba, and you just can’t beat the price,” Mr. McBain said. “The price is a fraction of what it would be in Canada or the U.S. for a therapist.”

Mr. McBain, who is partly paralyzed and uses a wheelchair, said he was treated for several weeks during each visit at a Havana facility. He said the treatment in Cuba cost about $200 a day, which includes about six hours of physical therapy daily, a comfortable room and board. Canada’s national health system does not provide for the type of therapy he needs, he said, and a private neurological physical therapist would charge about $93 an hour.

Mr. McBain arranged for his care in Cuba through a Toronto company called Global HealthQuest. Ben Soave and Rosemary Toscani, who run the company, said they regularly sent patients to Cuba for physical therapy, drug and alcohol rehabilitation, and for treatment of an eye disease called retinitis pigmentosa.

The eye surgery and related treatments, pioneered at a Cuban clinic, are not available in Canada or the United States, and they have stirred controversy. Independent studies have raised questions about the effectiveness of the treatments, and doctors at the clinic have been criticized for not publishing the results of studies in peer-reviewed medical journals.

“If you’re not presenting your results and publishing, then there’s something not right,” said Dr. Byron L. Lam, a specialist in the disease at the Bascom Palmer Eye Institute in Miami.

Mr. Soave said patients gave good reviews of the care they received in Cuba, although they sometimes complained about other aspects.

“There’s other things that are not so great, like the food, the accommodations, the lack of some of the things we consider basic services, like the Internet, the phones, that sort of thing,” he said. “In terms of medical care, it has been excellent.”

He also said the patients he had worked with did not seek out treatment in Cuba because they had political sympathies with its socialist government.

“We have people asking, ‘Where can we go to get the best care?’ ” Mr. Soave said. “They’re thinking health, not politics.”

While Cuba is well known for its government-run health care, the system also struggles with problems. Doctor appointments and hospital stays are free, but most patients must pay for their own medicines, which can be difficult on the island’s typically low salaries.

Some medicines are hard to find or unavailable, and hospitals may lack up-to-date equipment, although doctors said the government had recently been investing in modernizing some facilities. Health care workers also received a significant salary increase last year, with some of the higher-paid doctors seeing their monthly wages rise to $67 from $26.

Gail Reed, an American who edits a medical journal here in Havana, said she hoped that additional income from Americans traveling to Cuba for medical care would be invested back into the Cuban health care system.

“Any injection of real, new sources of funding into the health system would be a boon to Cuba and Cubans,” Ms. Reed said.