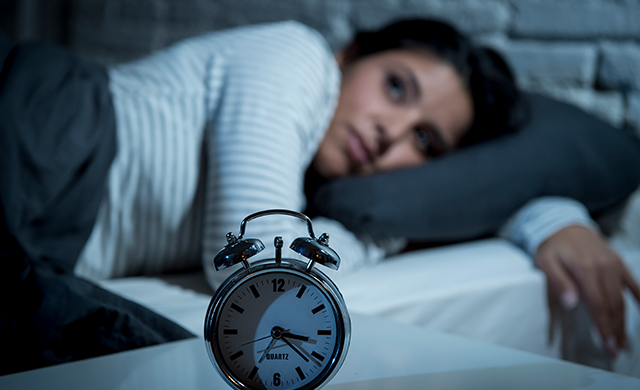 Poor sleep impacts the risk of long-term cognitive decline in Hispanic/Latino middle aged and older adults differently than it does in non-Hispanic adults, according to research led by University of Miami Miller School of Medicine neurology faculty and the largest long-term study of U.S. Hispanic/Latinos to date.

During seven years of follow-up, Hispanics/Latinos were more likely to develop cognitive declines in processing speed, mental flexibility, and verbal memory, if they had sleep disordered breathing, such as obstructive sleep apnea, and long sleep duration of nine or more hours.

"A surprising finding of this study of 5,500 U.S. Hispanic/Latino adults was that participants without obesity that had sleep apnea and long sleep duration had worse cognitive decline."

Ramos is also the research director of the Sleep Disorders Program.

"To some extent, this was like a natural experiment where we removed the effect that obesity has on cognition and saw 'the pure effect' of sleep difficulties, such as sleep apnea, and long sleep duration on cognitive health."

The work shows that the metabolic risk factors that predict neurocognitive decline in non-Hispanics are not generalizable to Hispanics, according to Sonya Kaur, Ph.D., instructor in the Division of Neuropsychology at the Miller School.

This is important given that, compared to non-Hispanic whites, Hispanics/Latinos are at greater risk for metabolic syndrome and are at 4 times the risk of Alzheimer's disease and related dementias, according to Dr. Kaur.

The findings highlight the importance of a precision medicine approach in studying and treating Hispanic/Latino patients.

"In the big picture, these findings have implications for how we can personalize treatment of sleep disorders to more effectively lessen cognitive decline, prevent neurocognitive disorders such as Alzheimer's disease and preserve brain health," Dr. Ramos said.

The Miller School has long been a leader in identifying disorders and risk factors associated with dementia and Alzheimer's and Hispanic health.

"This study builds on our previous work," said Dr. Ramos, who recently was awarded a five-year $13 million grant from the National Institute on Aging (NIA) to study "Sleep in Neurocognitive Aging and Alzheimer's Research."