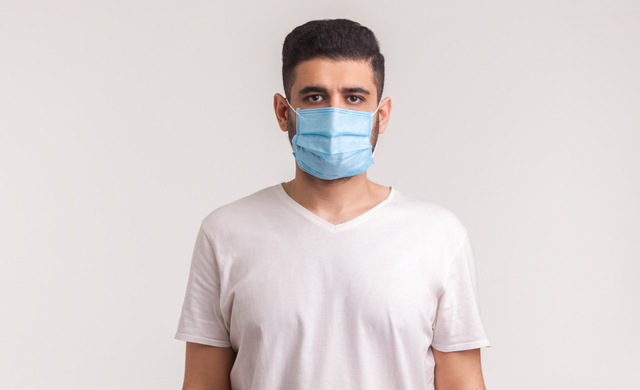 Something has been bothering Kimberly Prather, PhD: Everything she reads about COVID-19 points to a pathogen that travels through the air.

There’s how quickly it has spread around the world, studies showing how it spreads through restaurants (maybe by the air conditioning system?), how it attacked a church choir even though they were spread apart while they were singing, how it seems to spread like wildfire on planes and on cruise ships; all of this, she says, Prather should know. She studies aerosols -- particles so tiny they float freely through the air, traveling feet or even miles. She runs a large, government-funded research center at the University of California San Diego to study how viruses and other things that come out of the ocean float through the air.

“A lot of the evidence has been pointing to aerosol transmission of respiratory viruses,” she says. Influenza can be passed through the air, as can the virus that causes SARS. “This particular virus, a lot of evidence is mounting.”

Coronavirus in Context: Preparing for the New Normal with the Virus

WebMD's Chief Medical Officer, John Whyte, speaks with Dr. Tom Frieden, former CDC Director, about what needs to be done now to try and "box in" the virus and keep it from spreading.

Prather says she’s been alarmed not to see the CDC or WHO come out with a strong statement that people could catch COVID-19 by breathing it in.

“It’s just shocking to me, quite honestly, that this has not been factored in.”

And she believes masks can play a major role in stopping that transmission.

In an interview with America magazine on May 26, Anthony Fauci, MD, who leads the National Institute of Allergy and Infectious Diseases, referenced aerosol transmission in churches.

“When you sing, the amount of droplets and aerosol that come out is really, in some respects, scary,” Fauci said.

In a perspective article for the journal Science, Prather clearly lays out the evidence for aerosol transmission and explains what people need to do to protect themselves. It was quickly picked up on social media.

When a person coughs or sneezes, they generate large droplets laden with viral particles. Those droplets are heavy and fall to the ground or a nearby surface pretty quickly, within seconds. They are still somewhat wet and sticky when they land. That’s where the 6-foot rule comes in, she says. It’s based on studies of respiratory droplets conducted in the 1930s.

Science has become much more advanced since then. Prather and others have developed instruments that can “see” very tiny particles -- the aerosols. Aerosols are measured in microns, or one one-millionth of a meter. A human red blood cell is about 5 microns in size. These particles are so small that the moisture from a cough or sneeze evaporates while they’re still in the air. They float on air currents. It takes them hours to settle.

Aerosols, she writes, “can accumulate, remain infectious in indoor air for hours, and be easily inhaled deeply into the lungs.”

Prather realizes this is a scary thing to be telling people. “I hesitate. I don’t want to freak people out.”

She also believes knowledge is power.

“I have to say something because this could actually protect people,” she says. What airborne transmission means, she says, is that 6 feet is not far enough to stand apart. It also means we should probably be wearing masks a lot more often.

Confused by all the different face masks out there? Here’s a breakdown of what they do.

She points to the success Taiwan has had stopping the spread of the infection. Taiwan has only had a few hundred cases and only seven deaths, even though the country never implemented a national lockdown. Instead, they aggressively tested their citizens, quarantined people who tested positive for 2 weeks, and had everyone wear face masks.

“If you look at countries that just naturally wear masks when people feel sick … those countries did a lot better than those that did not,” Prather says.

She wears hers inside and outside, especially if she’s walking outdoors in a place where she can see other people. She tells people to imagine how far they can smell cigarette smoke or a barbecue. That’s how far aerosols can travel between you and another person.

The good news, she says, is that recent studies have shown that homemade cloth masks can be as effective at blocking the virus as surgical masks. There’s one big caveat, though. They have to fit to your face.