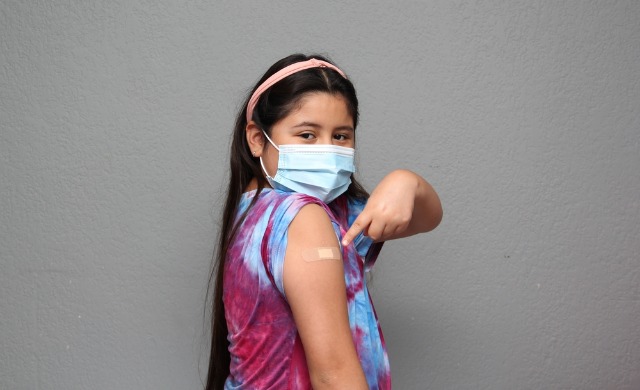 BY MARY BIEKERT AND BLOOMBERG

Emergency authorization for the Pfizer vaccine for kids five and up will almost certainly help boost vaccinations of minority populations in the U.S., which have continued to lag in recent months, particularly among Hispanic people.

More than half the 48 million U.S. children ages 5 to 11 are children of color—one of the most diverse age groups in the country. Hispanic people are particularly over-represented among kids those ages. While they make up 18% of the total U.S. population, a quarter of 5- to 11-year-olds are Hispanic. An additional 13.3% of the age group are Black, 4.7% are Asian, and the remaining 6.7% are American Indian or Alaska Native, Native Hawaiian or Other Pacific Islander, or multiracial.

As of last month, U.S. states were still lagging in vaccinating Black and Hispanic people, according to Bloomberg News’ tracker. States with bigger than average Hispanic populations, such as New Mexico, California, Texas, and Arizona, have particularly low Hispanic vaccination rates.

Gaps have also closed as uptake among young people has increased, said Samantha Artiga, Vice President and Director of Racial Equity and Health Policy Program at the Kaiser Family Foundation. “We have seen those gaps start to narrow over the last few weeks, and particularly narrowing for Hispanic people,” Artiga said in an interview at the end of September.

An advisory committee at the Centers for Disease Control and Prevention will meet Tuesday and Wednesday to make further recommendations. Before any shots go in kids arms, CDC Director Rochelle Walensky will have to sign off on that guidance.

While most parents with children ages 5 to 11 say they plan on getting them the shot, polls have found, many have concerns about long-term side effects. Hispanic parents were much less likely than White ones to say they definitely wouldn’t get their older kids vaccinated against COVID-19, an August survey from KFF found. They were more likely, however, to cite concerns about taking work off to help children get the shot.

Around 6.3 million kids in the U.S. have tested positive for COVID. In recent months, as a growing number of adults have been vaccinated, children have at times accounted for more than a third of confirmed weekly cases. More than 650 kids, including newborns, have died from the virus according to data from the CDC.

Yin Yoga Poses to Reset Your Body and Mind

Depression in Young Latinos and the Unique Stressors Behind It