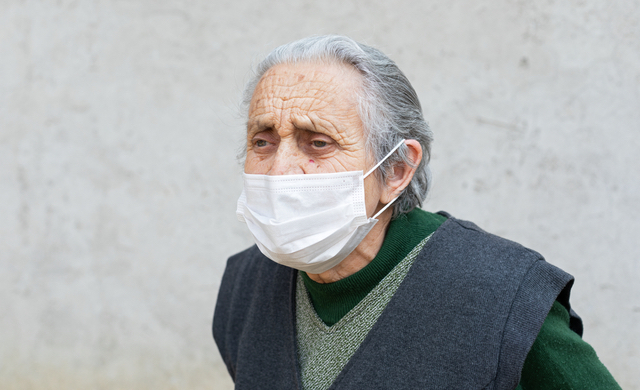 People who have a flawed gene linked to Alzheimer's disease may face a higher risk of COVID-19, an international team of researchers reports.

Part of the increased risk among people with dementia may owe to high rates of new coronavirus infections in nursing homes. But this study suggests genetics may also be a factor.

The APOE e4e4 gene variant is known to increase Alzheimer's risk up to 14 times. It also increases heart disease risk.

Of those, about 2.4% had the ApoE e4e4 gene variant. Meanwhile, 5.1% of those who tested positive for COVID-19 had the gene variant. While only an association was seen, researchers said this suggests that people with the faulty gene have twice the risk of infection with the new coronavirus.

"This is an exciting result because we might now be able to pinpoint how this faulty gene causes vulnerability to COVID-19. This could lead to new ideas for treatments," said study co-author Chia-Ling Kuo, an assistant professor of public health sciences at the University of Connecticut.

One in 36 people of European ancestry have two faulty copies of this gene, according to the authors. The study was published May 26 in the Journal of Gerontology: Medical Sciences.

The same researchers previously found that people with dementia are three times more likely to get severe COVID-19, but they aren't among the populations advised to shield or shelter in place.

Kuo said that the findings also show that the increasing disease risks that appear inevitable with aging might be due to specific biological differences. She said that could help researchers understand "why some people stay active to age 100 and beyond, while others become disabled and die in their 60s."

Study leader David Melzer is a professor of epidemiology and public health at the University of Exeter. He said several studies have now shown that people with dementia are at high risk for severe COVID-19 infection.

"This study suggests that this high risk may not simply be due to the effects of dementia, advancing age or frailty, or exposure to the virus in care homes. The effect could be partly due to this underlying genetic change, which puts them at risk for both COVID-19 and dementia," he said in a University of Exeter news release.

Is It Safe to Return to Offices? How to Resume Work During COVID-19 Pandemic

How to Manage Anxiety About the Country Reopening

A crash course in virology. What we know so far about COVID-19, pets and people