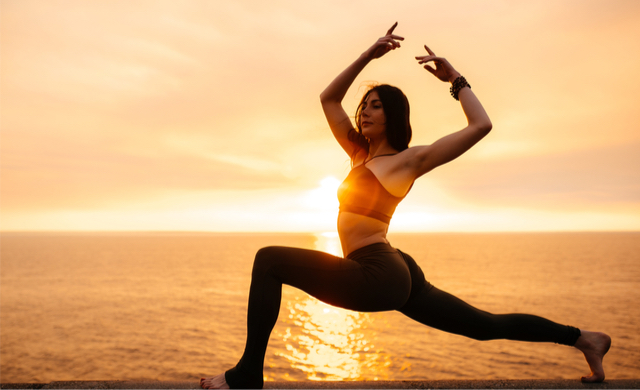 In May, the first national study on Hispanics and their health was released by the U.S. Centers for Disease Control and Prevention (CDC).The surprising results showed that Hispanics are generally healthier and have a longer life expectancy than non-Hispanic whites, though we do have some areas to grow in.

"Although Hispanics have lower overall drinking rates compared with white non-Hispanics, when they do drink, on average they have higher rates of binge drinking," says Dr. Ken Dominguez, a medical epidemiologist with the CDC and lead author of the report. More surprising news? The study revealed that Hispanics are affected specifically by certain conditions, with high rates of obesity and diabetes contributing to the two leading causes of death: cancer and heart disease.

That may sound alarming, but the study provides ways to target the health risks — some of them symptomless, some of them woven into the festive fabric of our culture — that we face. After all, knowledge is power. "Being Hispanic does not have to determine your quality of life," says Dominguez, who advises us to "take charge of your own health, practice healthy behaviors."

Here are eight ways to do just that. ¡Salud!

1. Alcohol: If you're someone who only really drinks at festive occasions, you may not think you need to cut back on your alcohol intake at all. But "even occasional heavy drinking can have unhealthy effects on your liver," warns Dominguez, who notes that the CDC study revealed higher rates of chronic liver disease and cirrhosis among Hispanics.

2. Health insurance: "We found that four in 10 Hispanics were not insured," says Ana Penman-Aguilar, associate director for science for the CDC's Office of Minority Health & Health Equity and a co-author of the report. The benefits of enrolling in an insurance plan are myriad — even if you're feeling perfectly healthy. "(Insurance) will pay for important screening tests that can tell you that you may have early abnormal findings despite feeling well," says Dominguez.

3. Smoking: Abstaining from cigarette smoking may seem like a no-brainer in this day and age, but apparently some of us still like to light up. In fact, Penman-Aguilar says that smoking may be the reason that Puerto Ricans — who show a high rate of smoking prevalence — have overall higher death rates among Hispanic groups in the U.S. This information in itself could serve as a reason to quit smoking.

4. Exercise: You don't need to join a gym or buy an elliptical machine to utilize exercise as an effective way of addressing a number of health risks, such as hypertension, diabetes and obesity. Dominguez advises walking briskly for at least 30 minutes a day. He adds that you can break up an activity like walking into 10-minute increments.

5. Vaccines: You know to get a flu shot each year — but have you been screened for, or vaccinated against, hepatitis? "Studies of vaccination rates in the U.S. have shown that Hispanics on average have lower vaccination rates to prevent the hepatitis B virus than non-Hispanic whites," says Dominguez, who explains that hepatitis infections can cause serious illness and even early death.

6. Healthy diet: Like exercising, a healthy diet addresses a multitude of health concerns — body fat, blood pressure and diabetes — whether it's preventative measures or management of an existing condition. "Eat a healthy diet that is low in salt, low in total fat, saturated fat and cholesterol and rich in fresh fruits and vegetables," advises Dominguez.

7. Diabetes: Diabetes is one of the health risks faced by Hispanics — if you've been diagnosed with the disease, keep an open dialogue with your physician so you can use medication properly and keep tabs on your blood sugar levels. "Stay in contact with your doctor and follow his or her advice closely," says Dominguez, who notes that "most people with diabetes also have high blood pressure."

8. High blood pressure: The CDC report showed that the condition poses a significant health risk to Hispanics. So, first things first: Get checked by a doctor for high blood pressure even if you're not feeling bad. "High blood pressure and prehypertension often have no symptoms," warns Dominguez. The good news is that there are many ways to address the condition, including exercise, a healthy diet, medication — and absolutely no smoking.