The Hidden Health Benefits in Your Cup of Coffee 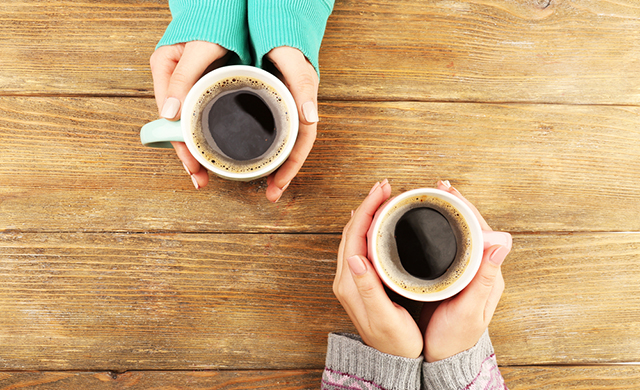 Photo by By Africa Studio/Shutterstock.com

Photo by By Africa Studio/Shutterstock.com

According to a report published by Reuters in 2014, Hispanic-Americans are leading the way in growing coffee consumption in the USA. Of the Hispanic-Americans who participated in a market study conducted by the National Coffee Association (NCA), 76% stated that they enjoyed a cup of coffee the previous day, an increase of 13% from the previous year. This compares with 7% of African-Americans and 64% of Caucasian-Americans saying they consumed coffee the day before.

A growing Hispanic population yielding a lot of spending power may hold the key to unlocking the growth in the coffee market. Coffee lovers are becoming more educated concerning all things coffee-related, from ways to improve your coffee flavour profile, to brewing gadgets that will ensure a perfect cup of java every single time. Coffee culture is fuelled by a lot more than just the taste of a good cup of coffee. As more health benefits of coffee are being researched the interest in everyone’s favourite brew will continue to increase even further, improving sales figures significantly.

Coffee improves your energy levels and makes you smarter

Coffee is known to help people feel less tired and help increase their energy levels due to caffeine it contains. After you drink coffee the caffeine is absorbed into the bloodstream and then travels to the brain.  In the brain it blocks an inhibitory neurotransmitter called adenosine, allowing other neurotransmitters like norepinephrine and dopamine to increase, leading to the enhanced firing of neurons. A number of controlled trials in humans indicate that coffee improves various aspects of brain function including mood, memory, energy levels and general cognitive functioning.

It can help you burn fat

Caffeine is found in almost every commercial fat burning supplement. The reason for this is because caffeine is one of only a few natural substances proven to aid fat burning.  Several studies conducted over the past few decades indicate that caffeine can boost the body’s metabolic rate by between 3 and 11%.  While some studies show that caffeine can increase the burning of fat by more than 10% in obese people and 29% in lean people it is possible that these affect will diminish with long-term use.

It may lower your risk of Type II diabetes

Type II diabetes is a huge health problem currently affecting as many as 300 million people worldwide.  Studies indicate that people who drink coffee daily have a 23%-50% less risk of developing Type II diabetes with one study indicating a reduction of as much as 67%.  According to an enormous review that analysed data from 18 studies with a total of 457,922 individuals, each daily cup of coffee could be associated with a reduced risk of7% of developing diabetes.

Whether you indulge in coffee because of its delectable aroma, addictive taste or simply its numerous health benefits you can be rest assured that your happiness and wellbeing will be boosted because of it.  As more people realise how beneficial coffee can be for their health we can soon expect to see a decline in tea and soda consumption as coffee becomes the drink of choice for the American nation.