The Many Health Effects of Noise 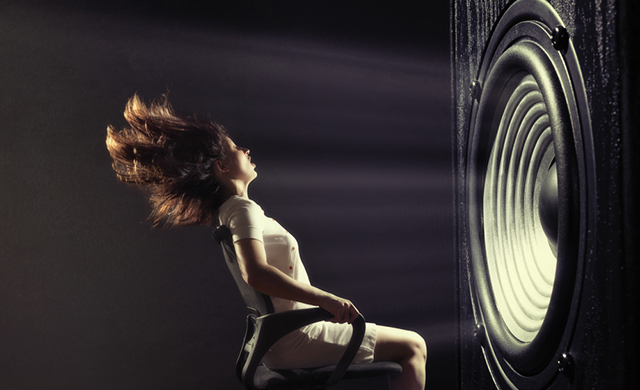 Exposure to loud noise can certainly damage your hearing.

But increasingly, scientists are finding that too much noise can take a toll on our health in other ways. Here is how our loud world can can affect you, plus what you can do to protect yourself.

Regular exposure to loud noise has been associated with cardiovascular problems such as high blood pressure in a number of studies, according to Liz Masterson, Ph.D., an epidemiologist with the Centers for Disease Control and Prevention’s National Institute for Occupational Safety and Health (NIOSH). For instance, one CDC study she co-wrote, published in The American Journal of Industrial Medicine in 2018, found higher rates of hypertension and high cholesterol in people who were regularly exposed to loud noises at work—meaning that for four or more hours a day, several days a week, they needed to raise their voice or shout to be heard by someone standing a few feet away.

The researchers concluded that as many as 14 percent of cases of hypertension and 9 percent of cases of high cholesterol were potentially a result of noise exposure—possibly due to the stress of a loud working environment. “The body responds to stress in a variety of ways, including increasing heart rate, increasing blood pressure,” she says.

The irritating effect of loud noise in your community may also affect health. In a 2018 study published in the International Journal of Cardiology, for example, German researchers found that people who reported being annoyed by sounds such as the rumble of car and construction vehicle engines and horns in their neighborhood had a higher risk of atrial fibrillation—an irregular heartbeat that can lead to blood clots and stroke.

Noise in your environment may also get in the way of needed rest. “The prevailing thought is if you’re living in a noisy community, noise, of course, disrupts sleep,” according to Richard Neitzel, Ph.D., associate professor of environmental health sciences at the University of Michigan. And insufficient sleep has been linked with obesity, diabetes, and heart disease, among other health issues.

Finally, spending time in noisy environments could lead you to make poor food and drink choices. In one 2018 study published in the Journal of the Academy of Marketing Science, scientists found that people in restaurants and supermarkets purchased healthier foods when music and noise were low, and chose unhealthy foods when the volume was turned up louder. Other studies have found that higher music volume may lead to more alcohol consumption in bars and restaurants.

The Risks of Noise to Children

Children may be particularly vulnerable to loud noise. A number of studies have found a link between increased noise exposure and poorer cognitive abilities among children. In one classic study conducted in 1978 (PDF), researchers evaluated children living in a middle-income housing project constructed over a busy highway in New York City. The scientists found that children who lived on lower, noisier floors closer to the highway scored worse on reading tests than those who lived on higher, quieter floors.

This connection makes sense, notes Nicholas Reed, Au.D., an assistant professor in the department of otolaryngology–head and neck surgery at the Johns Hopkins School of Medicine. After all, who doesn’t find it hard to concentrate on a book if someone is vacuuming in the next room?

But there may be issues other than distraction at play, Reed says. Scientists think noise could cause stress in children, just as it does in adults.

It’s important to limit your exposure to loud noise, both to protect your hearing and to guard against other possible health effects of noise. According to NIOSH, exposure to noise levels of 85 decibels (dBA) for more than eight hours in a day may affect hearing—and the louder the noise, the less time it takes to cause harm.

For instance, a noise level of 100 dBA, similar to that of a car horn from a few feet away or a sporting event, can cause harm after just 15 minutes, according to NIOSH. (The car horn won’t last that long, but a football game certainly will.)

While you may not be able to move away from a noisy neighborhood or work in a quieter environment, consider these steps:

Wear hearing protection, such as earmuffs or earplugs, when you know you might be exposed to loud sounds (and put these on kids, too). That includes concerts and sporting events—where, Reed points out, fans are often encouraged to be as loud as possible—but also movie theaters and fireworks displays. Even a high-energy exercise class where the music is turned up to the max could enter the noise-level danger zone, Reed says—in that case, try asking the class instructor to turn the music down, or wear earplugs.

Check your workplace. If you’re exposed to loud or prolonged noise at work, your employer should provide hearing protection. But according to NIOSH, they should also be working to eliminate or replace noisy equipment, to keep sources of noise away from employees, or to limit people’s time exposed to dangerous noises. For more information on the recommended actions employers should take to protect workers’ hearing, go to the NIOSH website.

Limit your exposure to loud noises around your home, especially from outdoor power equipment. Lawn mowers, snow blowers, string trimmers, and other power tools can reach noise levels high enough that if you use them for 15 minutes or half an hour, they could cause hearing damage. Make sure you have hearing protection on when you use these tools.