A BETTER WORLD FOR PETS™ 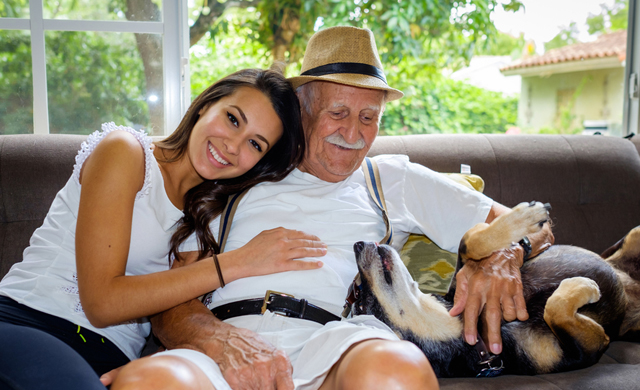 In our mission to become healthy living advocates for ourselves and our families, we must not forget to include our pets – for without us they truly have no voice.

To that end, a great source of education and information is the annual State of Pet Health Report published by Banfield Pet Hospital. As the largest network of pet hospitals in the United States, Banfield has access to data from the greatest number of pet health care records in the country. This includes nearly 950 hospitals across 42 states, plus Washington D.C. and four hospitals in Puerto Rico. In 2015, Banfield hospital veterinarians saw and treated 2.5 million dogs and 500,000 cats.

According to Banfield’s Dr. Kirk Breuninger, who was named Pennsylvania Vet of the Year in 2015, this is the sixth State of Pet Health Report that they’ve published, the purpose of which is to examine the prevalence of diseases in dog and cat populations and to track trends over time. From there, they can determine if certain diseases are increasing or decreasing, and where to focus efforts going forward.

Data is pulled together by the Banfield Applied Research and Knowledge team (BARK), a small team of eight dedicated researchers that includes Dr. Breuninger; they compile the data and publish it in the State of Pet Health Report.

Each year the report covers a different theme so that over time a clear picture emerges of the different types of diseases that are out there in the pet world and the issues that are of greatest concern to pet owners. This year’s 2016 report covers common diseases, which cycles back to the theme of the first report in 2011. Subsequent reports, which will also be revisited in the coming years, covered chronic diseases (2012), such as the obesity epidemic; the life span of pets (2013); infectious diseases (2014); and pet owner discussions on social media (2015).

“The 2015 report took a different approach,” says Dr. Breuninger, “in that it was designed to highlight people’s perceptions – and misperceptions – about veterinary medicine and how we might stimulate conversations with the pet owning population. Our goal was and is to partner with them in providing the best health care and prevention for their pets.”

As far as common diseases go, the 2016 report shows that one in particular continues to decrease: heartworm disease in dogs. Over the past 10 years, that decrease has been measured at 41.5%, most of which has been seen since 2011. Though this is probably due to a number of different factors, the growing prevalence of heartworm prevention methods is likely having a great influence. The most common method is a monthly tablet, but topical products (applied monthly) and injections (which last six months) are available as well.

“Heartworm is a parasite that colonizes the heart,” explains Dr. Breuninger. “It is transmitted through the bites of mosquitoes and has been detected in all states, so all pets are at risk. Fortunately, the different methods of preventing infection can have a greater effect as more people become aware of them and start using them.”

Another common disease found in pets is dental disease – and this one is on the rise. According to the report, there has been a 23% increase in dental disease in both cats and dogs.

However, greater awareness on the part of pet owners, leading to more diagnoses of the disease, may account for much of this increase. About five years ago, around the time we started seeing a greater increase, the pet health industry was launching educational initiatives around dental disease and prevention, including designating every February as National Pet Dental Health Month.

This has resulted in more and more people seeking out information on dental health and treatment for their pets – leading to greater instances of diagnosis. The good news is, greater awareness on the part of pet owners means we have a greater chance of preventing dental disease, or treating it in its early stages when we can limit progression of the disease.

Prevention starts with you – and your vet

This is true of most common diseases in pets; they are preventable especially once pet owners are aware of them and partner with their vet to seek out the best prevention methods available to them. In the long run, this not only improves the quality of life for your pet, but can actually save pet owners a lot of time, expense and worry – because you’re not only preventing one problem, but potentially a host of other problems.

For example, multiple secondary problems can arise when pets don’t receive flea prevention treatment. These problems range from skin conditions to tapeworms, a parasite pets can get from ingesting fleas, which carry the tapeworm egg.

Though many pet owners are aware of the need for flea prevention, one type of pet is underserved in this area because people think they are not at risk: indoor cats. But that is simply not the case. Cats need not come into direct contact with another pet that has fleas in order to get fleas themselves.

Believe it or not, we are often guilty of bringing flea eggs home with us after interacting with a pet that has fleas, or just from being in an area that has fleas. Flea eggs on the ground can stick to our shoes and then we introduce them into the environment when we get home.

Cats are also very good at grooming themselves, and often ingest fleas that are on their skin. So much so, that owners may not realize their cat even has fleas.

“When I was in practice,” recalls Dr. Breuninger, “you’d see cats come in with skin diseases, tapeworms, ear infections, etc., and it surprised the owners that these were actually secondary problems caused by fleas – because they hadn’t seen a single flea on their cat.

“Saliva from the bites of fleas does this funny thing where pets have an inflammatory reaction throughout their skin. We call this ‘flea allergy dermatitis’,” he continues. “When pets get that inflammation in the skin, it makes a nice hot environment for bacteria or yeast to grow. So anytime we see a problem, such as an ear infection, we need to look for an underlying cause like this – which in many cases – could have been prevented.”

With dental disease, if you don’t take preventive action, it can progress to the point where you have to extract teeth or perform some other type of oral surgery. You’ve really got to be proactive about dental disease in particular, because it can be easily missed or overlooked. Regular check-ups at the vet should include an exam of the mouth for signs of dental disease, and periodic dental cleanings. At home, regular brushing can help lessen tartar build-up on teeth between dental cleanings.

“Dental disease tends to progress slowly, so pets have time to adjust to the oral pain and owners don’t realize there is a problem,” explains Dr. Breuninger. “By the time we see them we’ll find diseased teeth that we have to remove. Once we do, their owners will often say their dog or cat is acting like a puppy or kitten again. They didn’t realize the effect it was having on them – or the relief they would feel once the dental pain wasn’t bothering them anymore.”

It’s easily missed in the exam room too, because it starts at or below the gum line, making it hidden until it advances further. It’s often not diagnosed until a dental cleaning when the cat is under general anesthesia. At that time, the treatment is extraction of the tooth.

But in most cases, you don’t have to wait that long to take action against the common diseases highlighted in this year’s report. A little preventive action now can go a long way in the care and long-term health of your pet.

For more information, you can access the Banfield State of Pet Health Report for 2016 at http://www.stateofpethealth.com

You can also search by state and find out the prevalence and risk of certain diseases in your area. Then follow up with your local veterinarian for the best treatment and preventive care for your pet.