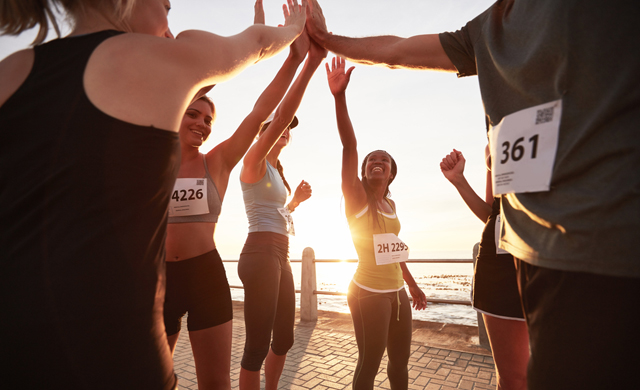 WORKPLACE rivalry and mobile technology are proving to be successful tools for battling obesity and heart disease.

A three-year study by researchers at Flinders University in South Australia found that exercising in groups, particularly co-workers, helped provide the motivation required to lose weight.

The study, in collaboration with corporate fitness company Stepathlon, involved almost 70,000 employees from 64 countries including India, Australia and the United States.

Participants were organized into worksite-based teams of five and issued with Stepathlon hi-tech pedometers. Mobile technology was then used to calculate results globally.

Teams were given a 12-month program, which included healthy meal plans and mini-fitness challenges to prepare them for a 100-day “race”.

The race is the foundation of the program and has individuals competing in a virtual world where they are set the daily challenge of 10,000 steps (about 6.5 km).

Flinders University Associate Professor Anand Ganesan said Stepathlon participants increased their average step counts by about 3500 steps per day and reduced sitting time in the workplace by 45 minutes per day.

He said participants lost about 1.5 kg each during the 100-day challenge.

“The unique thing about this program was that it was delivered on a very large scale using mobile device technology,” he said.

“All the participants in previously published studies have all been from high-income countries and none of them have been on any scale that’s comparable.”

“The use of social camaraderie and teams to encourage physical activity and improve people’s lifestyles is really important and effective,” he said.

Associate Professor Ganesan said the use of mobile phones and the internet to increase fitness incentives could also be applied to participants from low and medium income countries.

“It’s very hard to engage people to change and modify their behavior. Physical inactivity and bad dieting are clear drivers of cardiovascular disease around the world,” Associate Professor Ganesan said.

“What this study demonstrates is that you can use mobile technology and the internet to reach large numbers of people and encourage them to change their behavior in terms of physical activity and weight.”

Ready to Date During the Pandemic? Here Are Some Tips for a Successful First Date

No Gym Required: How Seniors Can Exercise During Lockdown

Responsible Travel In 2021: 7 Important Steps To Help Keep Yourself And Others Safe