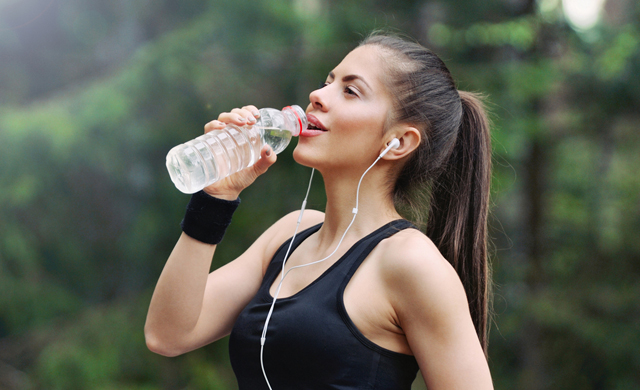 A large new study confirms that exercise lowers the risk of many different types of cancer, and it goes a step further: It shows just how much the reduction in risk is.

Those who exercised the most had:

The team at the National Cancer Institute looked at dozens of cancer studies in the U.S. and Europe, and threw all their findings together into a single analysis. They compared the people who exercised more than 90 percent of everyone else in the study to those who exercised the very least.

The biggest exercisers got in the equivalent of just over an hour a day of brisk walking, said Steven Moore of the National Cancer Institute, who led the study.

On average, the exercisers did two and a half hours of moderate exercise, such as walking, every week. This is about the average for the U.S. as a whole.

"A higher level of leisure-time physical activity was associated with a 7 percent lower risk of total cancer," they wrote in their report, published in the Journal of the American Medical Association's JAMA Internal Medicine.

Exercise has all sorts of benefits, Moore said. "it can help people reduce their risk of heart disease. It can reduce the risk of diabetes. It extends life expectancy. And now it appears that it may reduce the risks of some cancers," Moore told NBC News.

"Furthermore, our results support that these associations are broadly generalizable to different populations, including people who are overweight or obese, or those with a history of smoking."

Obesity is a well-known risk factor for cancer, but exercise protected even obese people from cancer, the study found. On average, the people in the study were slightly overweight.

"This finding may help encourage those who are overweight or obese to be physically active," Moore's team wrote.

While it's always possible that people who are able to exercise more are healthier in other ways and less likely to develop cancer for some other reason, cancer experts say the evidence is very convincing that exercise directly affects the growth of tumors.

There are three possible ways exercise might lower cancer risk, Moore said. It can lower levels of hormones such as estrogen, which in turn lowers breast and endometrial cancer risk, he said. It helps the body better regulate insulin, and it may lower inflammation.

One odd finding: exercise lowered the risk for lung cancer, but only among current and former smokers.

Exercisers did have a higher risk of melanoma, probably because they often exercised outside. The researchers stress that if you exercise outdoors, you need to use sunscreen.

And men who exercised had a higher rate of prostate cancer. "There is no known biologic rationale to explain this association," the researchers wrote.

It's possible, they said, that men who are physically active also are more likely to go to the doctor and get screening tests for prostate cancer, which in turn show up prostate tumors that are slow-growing and not necessarily dangerous to the man.

Doctors should be prescribing exercise to their patients, Moore's team said. Only about half of Americans get the minimum recommended amount of exercise.