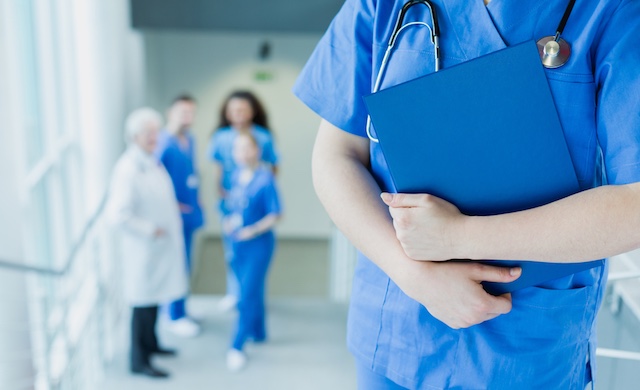 There was never any doubt that Mayra Serrano would get the best education possible. Her parents had immigrated from Mexico as teenagers, and by the time Mayra came along they were determined that she would have a better life and the educational opportunities that they never had.  Her mother in particular had loved school, and though it wasn’t possible for her, she ingrained in her daughter the importance of college.  For Mayra, it wasn’t just an option – it was the only option.  The only way forward to break the cycle of poverty and unfulfilled dreams.

“I remember how unhappy my mother was when I got an A- and the teenage me thinking there’s just no pleasing her,” says Mayra.  “But the adult me appreciates it now, because it can be a slippery slope once your grades start slipping.  All those late nights studying where my mom would find me asleep on a book at 2AM were worth it, getting me through high school with the grades I needed to get into college and eventually grad school.”

To this day, Mayra is the only person in her family with a degree, and she gives much of the credit to the support of her parents and the example they set.  Her mother practiced alternative healing – i.e., the traditional healing techniques of touch and massage in the Mexican culture that she had learned from her own parents – and Mayra would always observe her and see how she was helping people. Mayra knew she wanted to help people too – at the time she thought, as a doctor.

But an internship at City of Hope would change all that.  Mayra was on the premed track when she came to City of Hope’s Eugene and Ruth Roberts Summer Student Academy as an undergrad from Whittier College with a degree in biology. Here she interned with Kimlin Tam Ashing, PhD,  a like-minded mentor who taught her a lot about being community-focused and patient-centric.  After the summer internship program was over, Dr. Ashing hired her on as a part-time clinical research assistant.  Mayra put off applying to medical school and a couple of months later her research position went full-time.

“I had taken the MCAT but kept putting off applying to med school, and I started to realize maybe it wasn’t the career path I wanted to follow anymore,” explains Mayra.  “I was shadowing a doctor while I was on the premed track, and he was only allowed 11 or 12 minutes with each patient.  A light would flash every time there was a new patient to see.  I was translating for a patient who had just been diagnosed with diabetes, and to me it sounded very impersonal and rushed, and the patient was afraid to ask any questions and just stared at the doctor with a blank expression on his face.”

The reality of the medical profession conflicted with Mayra’s altruistic idea of helping people.  And the more she looked into public health, the more she saw the opportunity to do more good and without the constraints she saw in medicine.

“The internship at City of Hope had opened my eyes to the possibility of a career in public health, which I had not even been aware of before.  I had done some research as an undergrad for some of my professors, but seeing it implemented in the real world and the impact it had on real people was a defining moment – combined with my experience shadowing the doctor – that inspired me to switch career aspirations.”

Mayra decided to get her Master’s in public health and applied to UCLA’s doctoral program. Where medicine was about treating the individual, public health was concerned with the community at large, and she felt she could have a much bigger impact helping people.

For Mayra, it’s the best of both worlds.  She still gets to engage with people one-on-one, teach them about preventive care, such as breast exams and screenings, and help them get the treatment they need – but without the limitations should would have had as a doctor.

“It gives you a real sense of fulfillment, especially at City of Hope, where you are helping people going through the most challenging part of their life, a cancer diagnosis.  Being in this position, I get to maintain relationships with patients on a deeper level, and you know you’ve done your job when they start inviting you to birthday parties and the happier occasions in their life.”

Because of her experience, whenever Mayra talks to students she stresses the importance of internships or volunteering in the field of your choice.  You might think you know what you want to do, as she once thought, but trying it out first gives you the hands-on experience and dose of reality you might need to make sure you are on the right path. It’s important to know, especially for those who want to help people, that there are many different paths you can take besides the obvious ones in the medical profession.

Besides internships and volunteer work, Mayra offers three other valuable pieces of advice for those in school or just starting out on their career journey.

She recommends one conference in particular that she found most helpful called Adelante Youth Alliance, for Latinas ages 12-21, which attracts 1200 plus girls to its event at Pasadena City College (there’s a comparable program for boys).  Parents are invited too, and the students gain exposure to many different career choices and role models in those fields.

“When I went to Adelante there was a panel of five Latina scientists and they talked about the particular struggles that Latinas face trying to get a higher education while still dealing with traditional cultural expectations,” explains Mayra. “It was something I could really relate to because, although my parents pushed for me to get an education, it came with a side of “why aren’t you married yet?” and “why don’t we have grandkids like all of our friends?”  It was helpful to hear others speak about that mixed message we get in our culture and how they dealt with it.  When I saw others like me that made it, who came from the same background and had