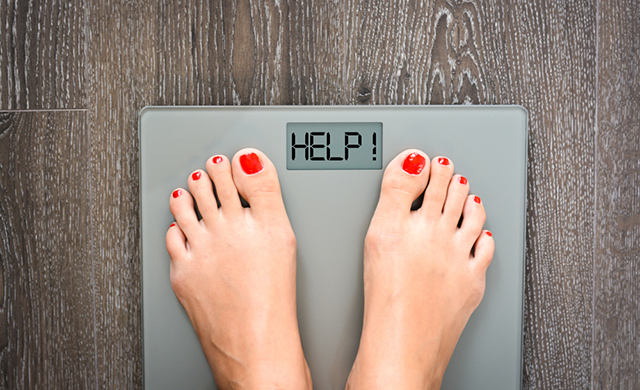 By Stacy Sampson, DO

Most people experience fluctuations in their weight, and it is common to gain weight over time. However, if a person gains weight in a very short time for no clear reason, this could be a sign of an underlying health condition.

When weight gain is not related to a health condition, common causes include:

Anyone who experiences rapid weight gain that is not due to one of the above causes or that affects their quality of life should see a doctor.

In this article, learn about 11 possible causes of rapid weight gain and what to do about them.

Certain medications can cause people to gain weight rapidly. According to the Obesity Action Coalition, some medicines can make people gain up to several pounds a month as a side effect.

Medications that might make people gain weight rapidly include some drugs that treat:

It is essential not to stop taking a medication without discussing it with a doctor first.

Research has shown that a lack of sleep can lead to weight gain. Changes in sleep cycles can affect eating patterns and mood, causing people to overeat.

The authors of a 2013 study found that sleep-deprived people ate more carbohydrates than were necessary to meet their energy needs, which led to weight gain.

Some people gain weight initially when they stop smoking tobacco products. Experts believe that this occurs both because nicotine suppresses appetite and because withdrawal symptoms may include stress, which can lead to overeating.

However, changes in weight as a result of quitting smoking can vary depending on the person. The same research found that 16 percent of people lost weight in the first year of not smoking while 13 percent gained over 10 kg.

People with polycystic ovary syndrome (PCOS) may find that they gain weight easily around their middle. PCOS causes the ovaries to produce abnormally high levels of male sex hormones.

Other symptoms of PCOS include:

Although there is no cure for PCOS, a doctor can recommend lifestyle changes, such as exercising more and eating a healthful diet, that may reduce symptoms. Hormonal medications can also help control symptoms.

Rapid weight gain or swelling in particular areas of the body can be due to fluid retention and may be a sign of heart failure.

According to the American Heart Association, a weight gain of more than 2–3 pounds (lb) over 24 hours or 5 lb in a week could be a sign of heart failure.

However, it is vital to note that a person's weight usually fluctuates by a few pounds over the course of a day. If their weight returns to normal and they do not have additional symptoms, the temporary increase could be due to normal bloating and fluid retention.

If blood is flowing slowly to and from the heart, it affects the function of other major organs in the body. As a result, fluid collects in the tissues, which causes weight gain and swelling.

People may experience weight gain with swelling in the:

Other signs and symptoms of heart failure include:

If people are experiencing any of these symptoms alongside rapid weight gain or unexplained swelling, they should seek medical attention.

Sudden weight gain or swelling in the body could be a symptom of kidney disease, such as kidney failure or nephrotic syndrome, which is damage to the kidneys.

If the kidneys are not functioning correctly, the body may retain fluid, resulting in weight gain. Damaged kidneys are not able to remove waste and fluids from the body properly, so these build up in the tissues.

Swelling due to kidney problems usually affects the legs, ankles, or feet.

Other symptoms that may indicate a problem with the kidneys include:

If people experience rapid weight gain and their abdomen looks enlarged, this may indicate cirrhosis.

Cirrhosis is a condition in which scar tissue replaces healthy tissue in the liver, and it can cause fluid to build up in the abdominal cavity. This abnormal buildup of fluid is called ascites.

Other symptoms of cirrhosis include:

If people are already having treatment for ascites, they should contact their doctor if they gain more than 2 lb a day for 3 days in a row.

A thyroid disorder called hypothyroidism can slow down the metabolism, which can result in weight gain. Thyroid problems can also cause the body to retain fluid because of the effects of hypothyroidism on the kidneys.

Other symptoms of hypothyroidism can include:

Cushing's syndrome occurs when the body produces too much cortisol over a prolonged period. Cortisol is a hormone that enables the body to respond to stress.

It is rare for a person to develop Cushing's syndrome without an external trigger. Cushing's syndrome is more commonly a side effect of taking glucocorticoids, which are drugs that can treat conditions such as rheumatoid arthritis, asthma, and systemic lupus erythematosus.

In contrast, the arms and legs may be thin. People may also notice:

If a medication is causing Cushing's syndrome, a person should speak to a doctor about the possibility of changing their treatment plan.

Acromegaly is a hormonal condition that happens when the pituitary gland produces too much growth hormone. It most commonly presents in middle adulthood.

The main symptom of acromegaly is an enlargement of the feet and hands. People may notice that their shoes or rings no longer fit properly. The lips, tongue, and nose may also become enlarged.

Other symptoms of acromegaly include:

People with acromegaly may require surgery or radiation therapy to remove a benign tumor on the pituitary gland.

Ovarian cancer often reaches the later stages without detection, so anyone with abnormal pain in the pelvic region should speak to a doctor. Diagnosing cancerat an earlier stage generally results in a better prognosis.

When to see a doctor

If people are experiencing rapid and unintentional weight gain with no clear cause, they should see their doctor.

The doctor will ask about the individual's medical history and any additional symptoms. They may carry out a physical examination and blood tests or refer the person to a specialist.

Weight gain and fluctuations in weight can happen for a variety of reasons. Many people progressively gain weight as they age or make changes to their lifestyle.

However, fast weight gain can be a sign of an underlying health condition, such as a problem with the thyroid, kidneys, or heart.

Anyone who experiences rapid, unexplained weight gain should see their doctor to determine the underlying cause and develop a treatment plan.