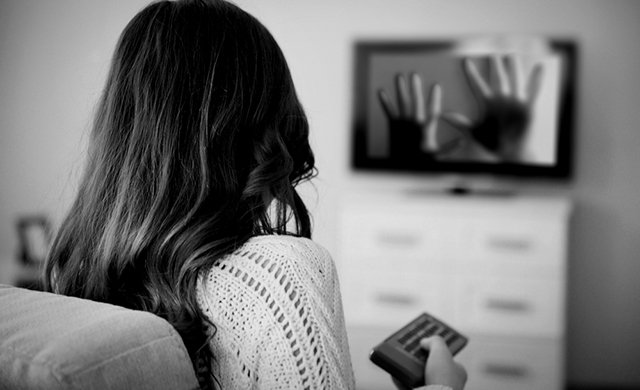 TUESDAY, Feb. 5, 2019 (HealthDay News) -- Binge-watching series after series might be fun, but too much TV could raise a middle-aged woman's odds for colon cancer, a new study finds.

The study couldn't prove cause and effect. But it found that women who'd watched more than an hour of TV a day had a 12 percent increased risk of colorectal cancer, compared with those who spent less time in front of the TV. That number rose to 70 percent for those who watched more than two hours of TV daily, the study authors said.

That trend was seen even after accounting for women's history of colon cancer, exercise habits or weight, according to the research team from Washington University in St. Louis.

The finding suggests that time spent sitting in front of televisions "may be an altogether distinct risk factor for young-onset colorectal cancer," study co-senior author Yin Cao said in a journal news release. She's assistant professor of surgery at the university.

The connection with TV watching was stronger for rectal cancer than for colon cancer, according to the researchers.

Young-onset colorectal cancer is typically more aggressive and is becoming more common in the United States and worldwide. At the same time, better screening has brought about large declines in colon and rectal cancer for older people, the researchers noted.

Responding to these trends, last year the American Cancer Society altered its colon cancer screening guidelines. The ACS' recommended age for first colonoscopy was lowered to 45, not 50 as in prior guidelines.

One expert unconnected to the study called the new findings "very interesting."

"As young people are spending more time in front of the TV, especially with binge-watching from one of the streaming services, it would be important to make them aware of this additional risk, besides those of obesity and physical inactivity," said Dr. Aaron Harrison. He's chair of internal medicine at Northwell Health's Southside Hospital in Bay Shore, N.Y.

"This analysis of a well-known data set makes the association of increased TV time with an increase risk of rectal cancer in an age group as young as 25," said Dr. Arun Swaminath, who directs the Inflammatory Bowel Disease Program at Lenox Hill Hospital in New York City.

He stressed that the findings "will need broader confirmation," however.

The American Cancer Society has more on colorectal cancer.