Progress Reported in New Treatments for People with Lymphoma 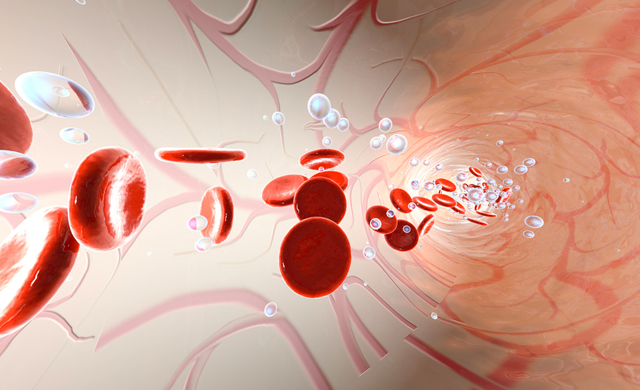 Research and pharmaceutical executives unveil encouraging clinical trial data at the annual meeting of the American Society of Hematology.

It was held at Opryland, of all places.

“It was interesting to see the tourists mixing with the scientists,” said Gordon.

And blood cancer research has evolved right along with the growth of the convention.

A dizzying amount of clinical trial data from a new generation of blood cancer treatments was announced at this year’s ASH.

There was a particular abundance of clinical information for lymphoma, a common blood cancer in the United States with more than 60 subtypes.

“Our understanding of lymphoma and how it works in the body has allowed scientists to find new and unique ways of treating this blood cancer,” Gordon told Healthline, “and we are doing it in ways we never could have imagined back in Opryland.”

Lymphoma treatments have expanded far beyond chemotherapy, though that type of treatment still has its place.

The competition in the lymphoma space is fierce, but drug companies are now co-developing treatments and even teaming up with their erstwhile pharma rivals on clinical trials that combine two or more lymphoma drugs.

“There are sometimes treatment combinations that you want to try in the lab or on patients,” said Dr. Jonathan Schatz, a lymphoma researcher and physician at the Sylvester Comprehensive Cancer Center at the University of Miami. “But it can be difficult because it involves two or more competing companies. It’s nice to see that some of those barriers are coming down.”

Those with few options

Some of the best news coming from ASH involve data from clinical trials of treatments for lymphoma patients who’ve relapsed but run out of treatment options.

Among those potentially lifesaving treatments is ibrutinib (Imbruvica), an oral medication co-developed by Pharmacyclics/AbbVie and Janssen Biotech that works by blocking a specific protein in the body’s B cells called Bruton’s tyrosine kinase (BTK).

BTK signaling is needed for abnormal B cells to multiply and survive. By blocking BTK, Imbruvica may help move abnormal B cells out of their nourishing environments in the lymph nodes, bone marrow, and other organs.

Imbruvica is showing durable responses in people with chronic lymphocytic leukemia/small lymphocytic lymphoma (CLL/SLL), which are essentially the same disease.

The only difference is where the cancer occurs — in the blood or the lymph nodes.

The drug is also showing the ability to substantially shrink tumors in patients with relapsed/refractory marginal zone lymphoma (MZL).

This is potentially good news for people with MZL, who to date have no viable treatment options when their cancer recurs.

Janssen Biotech is even bringing Imbruvica to lymphoma patients in China sometime next year.

Gordon said Pharmacyclics/AbbVie, along with Genentech, have also been given accelerated approval by the Food and Drug Administration (FDA) for venetoclax (Venclexta), a targeted therapy for patients that have a type of CLL that has what is called 17p deletion, as detected by an FDA-approved test, and have received at least one prior therapy.

Lymphoma researchers say Venclexta is the first FDA-approved treatment that targets the B-cell lymphoma 2 (BCL-2) protein, which supports cancer cell growth and is overexpressed in many people with CLL.

Richard Gonzalez, AbbVie’s chief executive officer, said in a statement that the FDA's approval of the drug “marks a major milestone” for people with relapsed/refractory CLL who harbor the 17p deletion.

Venclexta, which has the makings of a blockbuster drug, appears in phase I, II, and III trials to work with many other lymphoma drugs (Imbruvica, Rituxan, Gazyva) for multiple types of lymphoma (mantle cell, follicular, diffuse large B-cell, CLL).

Read more: Trials for new cancer patients reach only a fraction of patients »

This was the first such drug approval in 30 years for people with Hodgkin lymphoma, who have few options when the cancer recurs.

In new trial data released at ASH, Adcetris, which is marketed in the United States by Seattle Genetics, and worldwide by Takeda, has also shown to be effective in treating relapsed or refractory systemic anaplastic large cell lymphoma, as well as T-cell lymphoma.

Another new-generation drug garnering positive results in trials with people with relapsed or refractory Hodgkin lymphoma, as well as other cancers, is pembrolizumab (Keytruda), a humanized antibody immunotherapy.

One of those trials, called Keynote-013, which had a median follow up of 29 months, showed responses of 12 months or greater in 70 percent of people who responded to therapy.

In a statement, Dr. Roger Dansey, head of therapeutic, oncology late-stage development for Merck, which markets the drug, said, “We continue to be encouraged by the response rates, including complete remission and durable responses in patients with relapsed or refractory classical Hodgkin lymphoma.”

Ibritumomab tiuxetan (Zevalin), a radio-immunotherapy (RIT) approved in 2002 for fNHL, was the focus of another study presented at ASH that shows its effectiveness both as single therapy and in combination with other drugs.

ASH last week also published in the journal Blood, the organization’s weekly hematology news publication, a study of previously untreated patients with fNHL who were given Zevalin at the Mayo Clinic Florida from 2000 to 2016.

The patients saw progression-free survival and shorter time to their next treatment when compared to its use in relapsed fNHL.

Several studies over the past decade have noted that Zevalin gives fNHL patients higher response rates and longer complete remissions than any other available treatment.

But radio-immunotherapy has not been widely embraced by either the patient community or the national oncology community, for reasons that are still hard for many Zevalin supporters to explain.

The only other RIT for lymphoma, Bexxar, is no longer in the market, despite the fact that it was safe and effective.

“With radio-immunotherapy, the main problem with standard of care is one of access,” said Schatz. “Radio-immunotherapy is only given in centers that have the right kind of nuclear medicine expertise, and that has limited its ability to be given.”

The Nuclear Regulatory Commission (NRC) isn’t making it any easier for people with lymphoma to get Zevalin, imposing 700 hours of training requirements on doctors before they can administer the drug.

The NRC has said that it stands by this decision. But many physicians, medical and patient advocacy groups, and patients adamantly oppose it.

He said his company continues to urge the NRC to act now to permit a rational training and experience requirement.

“Cancer patients and the future of Zevalin cannot wait five-plus years for the NRC’s next rule making,” he said.

New kid on the block

It’s been 19 years since the world’s top lymphoma drug, rituximab (Rituxan), was first approved for patients with fNHL, the most common among the slow-growing, treatable but incurable lymphomas.

Since then, the groundbreaking monoclonal antibody treatment has become a blockbuster worldwide. And its uses are still expanding.

Multiple studies presented at ASH show the effectiveness of Rituxan in tandem with other medications to enhance remissions in several lymphomas.

But there is a new monoclonal antibody option for lymphoma patients.

Dr. Sandra Horning, head of global product development for Genentech, which develops Gazyva in collaboration with Biogen, and also markets Rituxan, said in a statement that Genentech’s trial of Gazyva-based treatment for previously untreated follicular lymphoma is the “first and only phase III trial to date to show superior progression-free survival” compared to Rituxan-based treatment.

Schatz added that because the industry has so much experience with Rituxan now, the dosing of Gazyva “is better and higher than the established drug. Some people are wondering whether the signal of activity seen in this trial is because Gazyva is better than Rituxan, or because it is better dosed.”

Read more: How much money biosimilar drugs save »

Rituxan is nearing the end of its patent.

That opens treatment doors for Gazyva as well as for so-called biosimilars, which follow similar molecular structures as the original drugs.

Biosimilars represent a significant opportunity for people with lymphoma in that they can increase access to a proven effective treatment that costs as much as 20 to 30 percent less.

Sandoz, a division of Novartis, announced at ASH last week that in the company’s trial for people with previously untreated advanced follicular lymphoma, the overall response rates with their biosimilar drug and Rituxan were equivalent in 629 patients.

Amgen and Pfizer also reportedly have their own versions of Rituxan in development, as does Sanofi, the French pharmaceutical company that recently announced a deal with Taiwan’s JHL Biotech for exclusive rights to commercialize its Rituxan biosimilar for people in China.

Leukemia vs. Lymphoma: What’s the Difference? Copyright © 2005 - 2017 Healthline Media. All rights reserved for Healthline. Healthline content is strictly informational and should not be considered medical advice. See a certified medical professional for diagnosis and treatment recommendations. Terms of Use | Privacy Policy