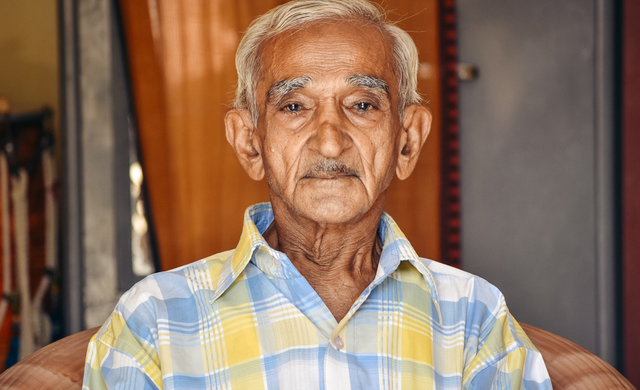 Most Hispanic American stroke survivors know when they have risk factors like high blood pressure, elevated cholesterol, or type 2 diabetes that make repeat strokes more likely, but a new study suggests they still don’t get treatment to manage these conditions.

Roughly two-thirds of Hispanic American stroke survivors have high cholesterol, 3 in 5 have high blood pressure, and one-third have diabetes, according to a study published in March 2021 in the journal Stroke.

But the bad news is this awareness didn’t translate into treatment that gets these risk factors under control. Among people aware they had these risk factors, only 46 percent of those with hypertension reduced their blood pressureto healthy levels, just 32 percent with elevated cholesterol got this under control, and only 54 percent with diabetes lowered their blood sugar levels to a normal range.

Worse still, less than half of these stroke survivors took anti-clotting drugs and fewer than 2 in 5 of them took statins to lower cholesterol. And just 1 in 4 patients took both drugs, a treatment regimen that’s considered the gold standard for preventing repeat strokes.

“This is a wake-up call,” says senior study author Fernando Testai, MD, PhD, an associate professor of neurology and rehabilitation at the University of Illinois at Chicago.

“A substantial number of Hispanic [or] Latino patients are receiving suboptimal care and remain at high risk of having more strokes, which increases their risk of disability and death,” Dr. Testai says.

The study examined data on 404 patients with a history of stroke or what’s known as a transient ischemic attack, or ministroke, that usually lasts a few minutes and doesn’t leave lasting damage. All of the patients identified as Hispanic American or Latino and lived in one of four urban communities in the United States: The Bronx, New York; Chicago, Illinois; Miami, Florida; and San Diego, California.

Many of these patients had additional risk factors for stroke, the study found. In particular, 84 percent of them were obese or overweight, 60 percent had unhealthy diets, and one-third got too little exercise.

Certain groups of patients had a higher risk of specific conditions that can make strokes more likely, the study also found. For example, older adults were more likely to have uncontrolled high blood pressure and poorly managed diabetes, and women were more apt to have unhealthy cholesterol levels.

And patients born in the United States or who had lived in the country for at least a decade had a higher risk of uncontrolled diabetes than more recent immigrants — and so did people who said English was their preferred language.

“It is plausible that the process of `Americanization,’ which includes adopting an American diet abundant in fast foods, may influence the rate of diabetes,” Testai says.

The study is small, however, and not representative of stroke risk among all Hispanic American people in the United States, the study authors note. It’s also possible that the study underestimated the number of patients with poorly controlled blood pressure or cholesterol because it used older, less aggressive targets than those currently recommended by the American Heart Association (AHA).

And when Hispanic American patients do have a stroke, they’re about half as likely as white Americans to get a procedure known as thrombectomy that can quickly restore blood flow to the brain, limiting the risk of death and the extent of serious disabilities, according to a study published in August 2019 in Stroke. Hispanic American patients are also less likely to see neurologists than white Americans, a study published in May 2017 in Neurology found.

Structural racism and implicit biases among some healthcare providers are likely one factor contributing to the limited use of treatments to prevent stroke among Hispanic Americans, says Jose Biller, MD, professor and chair of neurology at Loyola University Medical Center in Chicago. Language barriers, and lack of insurance or challenges with the accessibility or affordability of care may also play a role in some cases.

Part of the problem may also be that some Hispanic Americans who immigrate to the United States developed unhealthy habits in their native countries, Dr. Billar adds. For example, sodas and other sugary drinks that contribute to obesity, diabetes and cardiovascular disease are extremely common in Mexico and Latin America, he says.

Steps to Take to Reduce Your Risk

The best way to protect yourself is to be engaged in your healthcare and know your numbers for blood pressure, blood sugar, and cholesterol levels, says Billar. If you’re between 40 and 75 years old, you can plug this information into a free calculator from the AHA to determine your risk of stroke.

The AHA also recommends these things to lower your risk of heart disease and stroke:

“More than 90 percent of strokes can be prevented,” says Testai. “The best way to prevent recurrent stroke is by preventing the first stroke.”

Sure Signs You're Becoming Obese, According to CDC