Just How Much Is Cancer Due to Your Genes? 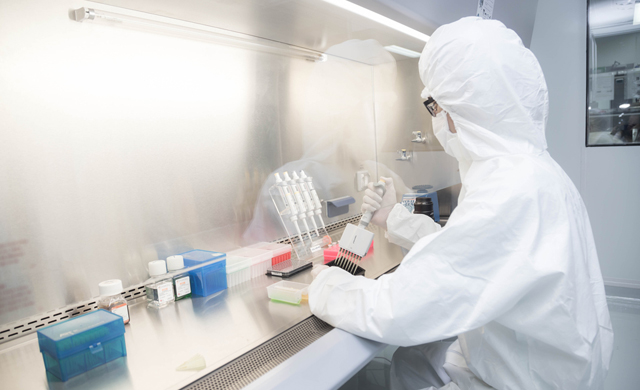 About a third of all cancer cases can be blamed on inherited genes, a giant study finds.

It's the biggest and longest study yet done to examine the family links to cancer and it finds that certain types of cancer seem to have very strong genetic links — testicular cancer and melanoma, especially.

The overall findings are not a big surprise. They support earlier findings that show about a third of all cancer cases can be blamed on faulty genes. Most of the rest are due to so-called lifestyle factors such as smoking, diet and exercise.

What is new is the variation in inherited risk by cancer type. About 58 percent of melanoma cases, 57 percent of prostate cancer cases and 39 percent of ovarian cancer appear to come down to inheritance.

The group, led by Lorelei Mucci, of the Harvard T.H. Chan School of Public Health, looked at the medical records of more than 200,000 twins, both identical and fraternal, born in Denmark, Finland, Norway, and Sweden between 1943 and 2010.

They have been followed for an average of 32 years.

Teasing out the differences between identical and fraternal twins is a time-honored way of differentiating between inherited, genetic influences and other factors, such as a shared environment. Identical twins share all their genes while fraternal twins are as genetically alike as any other siblings. So differences in cancer rates between the groups point very strongly to genetic factors.

"Because of this study's size and long follow-up, we can now see key genetic effects for many cancers," said Jacob Hjelmborg of the University of Southern Denmark, who helped lead the study.

About 1 percent of the population got melanoma, the deadliest form of skin cancer. But if a person's fraternal twin got it, his or her risk was 6 percent and if an identical twin had it, the risk for the other twin was 20 percent.

Some of the risks for both prostate and breast cancer may be due to effects of sharing the same womb, the researchers noted. Both are strongly influenced by hormones, including those affecting a growing fetus.

"Lung cancer had one of the highest shared environmental components, likely due to shared smoking habits of pairs of twins," the researchers wrote.