Colon Cancer Screening Should Start at 45 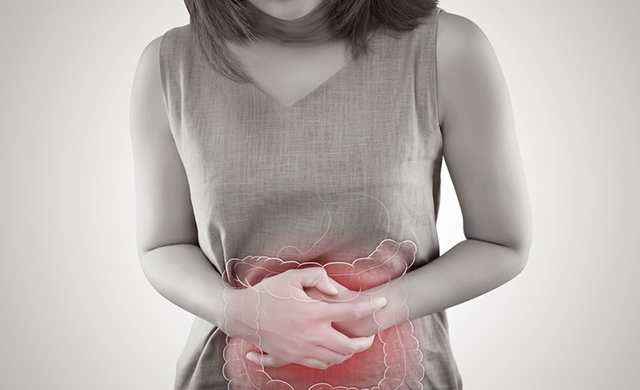 Photo by By Emily frost/Shutterstock.com

Photo by By Emily frost/Shutterstock.com

People should start getting screened for colon cancer at age 45 instead of at 50, the American Cancer Society said Wednesday.

The group lowered its guidelines after research clearly showed people are getting colon cancer at younger and younger ages in the U.S.

It's not clear why, but the trend is so clear that the group wants people to start checking sooner.

"We're actually seeing colorectal cancer developing in people in their teens, which is something that was extraordinarily rare in the past, and it's all too common today," Wender told NBC News.

One of those younger colorectal cancer patients is Lari Johnston of Chicago, who's now 50. She was diagnosed with colorectal cancer when she was just 47. It had already spread — something common in younger patients who have little reason to suspect they may have cancer.

Hers was caught by a gynecologist who recommended fecal tests for all her patients over 40.

"I owe my life right now to my gynecologist for giving me that exam," Johnston told NBC News.

"If not for that fecal occult test, I think I would be dead by now, because by the time I would have been symptomatic it would have spread too far."

Even so, it was a terrifying diagnosis. "I feared I wouldn't even see my kids graduate from high school," she said.

"They don't give me a prognosis and I don't want one. It's stage 4. It's a terminal illness, but who knows what's around the corner."

The two cancers will kill more than 50,000 people this year.

Current guidelines call for people to start getting some kind of cancer screening at age 50. After consulting with experts on just how early to recommend regular screening, the ACS settled on age 45 for people at average risk, which is most Americans.

"That really is the big change in the guideline," Wender said.

"If you have a family history or if you have inflammatory bowel disease, you're at higher risk and you need to start earlier. These guidelines don't apply to you. But for 80 percent of us — we're at average risk and the screening age is now 45."

Any younger might mean a lot of testing with little benefit, said Dr. Daniel Labow, Chief of the Surgical Oncology Division at Mount Sinai Health System in New York.

"The problem is, you'll be doing a lot of tests that are unnecessary," said Labow, who was not involved in drawing up the new recommendations. "We have to balance the risk and benefit."

Colonoscopies can carry some risk, are expensive and expense and usually require sedation.

Screening doesn't necessarily mean a full colonoscopy. Health groups have taken note that many people are not comfortable with getting a colonoscopy — an exam done under sedation with a camera fitted to tube that can be threaded through the entire colon.

The advantage of a colonoscopy is that pre-cancerous lesions called polyps can be removed at the moment they are spotted, which means the exam can actually prevent cancer.

But other screening methods, including virtual colonoscopy, DNA tests for tumors in the stool, and sigmoidoscopies are also acceptable, the group says.

"One of the things people are going to have to be paying attention to, though, is their insurance coverage," Wender said.

"Right now, all insurance is mandated to cover colonoscopy — all the screening options — at age 50. That's not going be true the moment we release this guideline. So we're going to be working on insurance coverage over the next five years to make sure these options are available to everyone."

Most insurance companies, as well as Medicare and Medicaid, cover procedures based on recommendations made by the U.S. Preventive Services Task Force (USPSTF). The USPSTF recommends screening starting at age 50.

Wender said younger people could start with a cheaper test.

"Let's say you want to get started with screening just as we recommend right now. There's a $30 stool blood test that's available to you today," he said.

Only about two-thirds of Americans who should get screened for colon cancer actually do, the Centers for Disease Control and Prevention says.

Labow said most patients will follow the recommendations of their doctors, so it's most important for the American Cancer Society to get the word out to medical professionals.

He said he errs on the side of testing with his patients.

"If there is any symptom whatsoever, even if we are pretty confident that it is a hemorrhoid I use it as an excuse to get a colonoscopy," Labow said.

"The threshold to do a screening test is extremely low for me, particularly in anybody who's over age 40. Usually insurers will pay for it if you say 'rectal bleeding'," he added.

"That's not one I usually have to fight with the insurance companies over."

Symptoms that could point to colon cancer include:

"If you see any changes, no matter how slight you think they are, go to your doctor and demand a colonoscopy. You don't want to mess around," Johnston said.

Reflections on Mental Health Month: People Like to Be Heard

COVID-19 and your mental health