A Simple Way to Lower Your Cancer Risk 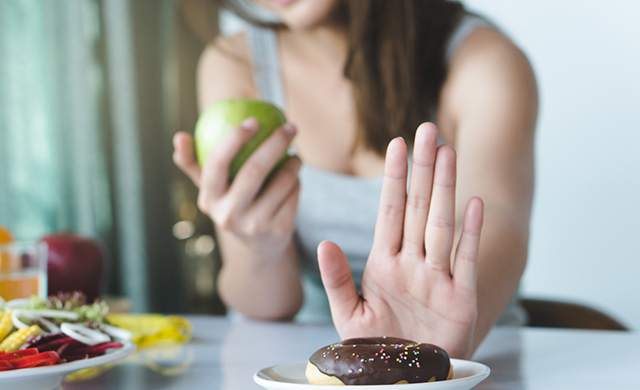 Improving your diet may be one of the most powerful steps you can take to protect yourself against cancer.

Nearly two in five people will be diagnosed with cancer at some point during their lives, according to the National Cancer Institute (NCI)—and an unhealthy diet is climbing the ranks as one of the leading causes of cancer in the United States.

Poor nutrition may have accounted for more than 80,000 new cancer cases reported in 2015—that’s about 5% of the total diagnoses, according to a new study published in the journal JNCI Cancer Spectrum. That puts diet on par with alcohol, which contributes to 4% to 6% of cancer cases.

"Our findings underscore the opportunity to reduce cancer burden and disparities in the United States by improving food intake," said study author Fang Fang Zhang, a cancer and nutrition researcher at the Friedman School of Nutrition Science and Policy at Tufts University. Researchers used data from various studies, many from the World Cancer Research Fund International and the American Institute for Cancer Research’s Third Expert Report.

Let’s break down the findings and talk about what you can do to lower your risk:

Diet is Most Strongly Linked to Colon, Mouth, and Throat Cancer.

While a poor diet can increase cancer risk overall, the study found that 38% of all colon cancer cases about 26% of cancer of the mouth, pharynx, and larynx were linked to nutrition. Past research has linked colorectal cancer to certain food choices as well: For example, we know that a diet high in red meats like beef, pork, or lamb, along with processed meats like hot dogs, raises your risk of this cancer, according to the American Cancer Society. Try to limit these meats from your diet as much as possible.

Surprised? Not really. However, the researchers did find that the factor linked to the highest number of new cancer cases was a low intake of whole grains. Along with eating high amounts of red and processed meats, sugar-sweetened beverages also increased risk.

These findings align with current recommendations from the American Institute for Cancer Research to follow a plant-based diet, such as the Mediterranean diet, which is known to lower cancer risk, according to Harvard Health. This diet focuses mainly on whole grains and other plant-based foods, but it also includes fish, poultry, cheese, eggs, and yogurt occasionally. And eating plant-based doesn’t just slash your cancer risk—it has plenty of other benefits, too, like for your heart health.

You don’t need to overhaul your entire eating plan to get started. Start small: Try swapping out your usual breakfast for oatmeal, and look for recipes that include things like quinoa, buckwheat, or barley. Nuts and seeds are also a great option that you can easily add to your regular meals.

Certain Groups Have a Higher Risk

People between the ages of 45 and 64, as well as men, African Americans, and Hispanics of all ages had the highest number of diet-related cancer cases. These findings are similar to cancer-mortality rates—for example, according to the NCI, African-American men are the group most likely to die from cancer.

If you’re in one of these higher-risk groups—and even if you’re not—do your best to make the lifestyle changes that help protect against cancer. Starting with your diet is an excellent first step.