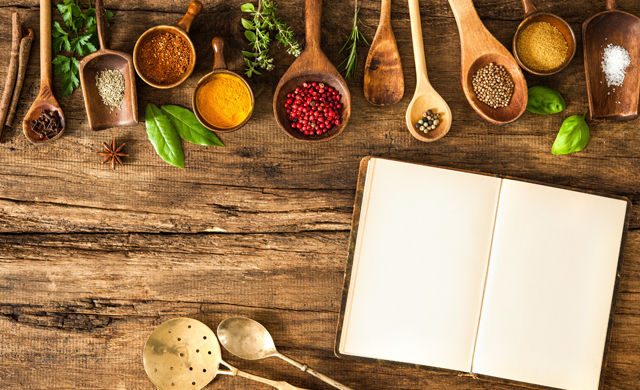 Two years ago, museum curator Ariana Curtis tasked her team at the Smithsonian's Anacostia Community Museum with identifying Latino immigrants who had achieved a distinct version of the American dream by explicitly expressing their culture, through anything from creative arts and construction to social justice and celebrations. They came across Sandra Gutierrez, a Cary cookbook writer whose early accomplishment was persuading Cary News that a Latina could manage the food section of a Southern newspaper.

Curtis knew she had struck gold. Gateways/Portales is all about everyday examples of community change, and changing foodways is a classic example," Curtis says of the exhibit that opened December 5. "We learn about a place through the foods we eat. Sandra was doing Southern-Latino food long before she literally wrote the book on the cuisine. She was doing this in North Carolina before it became mainstream and commonplace."

Gateways/Portales celebrates the work of Latinos in U.S. cities that have experienced rapid population growth since 2000. Raleigh-Durham's Latino population recorded an increase of more than 300 percent from 2000 through 2012.

Under a glass display case is a copy of Gutierrez's first book, The New Southern-Latino Table: Recipes That Bring Together the Bold and Beloved Flavors of Latin America and the American South (2011). Also included are her tortilla press, cast-iron skillet, and biscuit cutters. Together, they are a testament to a growing cultural diversity in Southern foodways.

"Her work comes from a place of kindness and understanding," says Curtis. "She is able to reach as many people as she does because of the person she is."

When Gutierrez was first contacted about participating a year ago, she jokes that she dismissed the overture as "a scam." "It still seems surreal," says the author, who this year won a Gourmand International award for her most recent cookbook, Empanadas: The Hand-Held Pies of Latin America. "To have my contribution to foodways acknowledged by the Smithsonian is more than I could ever dream of."

Gutierrez was dazzled by the exhibit, which she describes as an exuberant explosion of color that captures the diverse vitality of the Latin-American experience.

Curtis uses the term Latinx, which is finding acceptance as a way to "get beyond the black-white binary of gender"—Latino, Latina—as well as reflect the "different hemispheric experiences" of people from many different countries.

"It's not a perfect term and there may be other ways to think about this," allows Curtis, who identifies as Latinx. "But just using this term makes people think. That's the best we can hope for, right?"

Several other North Carolinians are included in the exhibit. Representing the struggles of undocumented persons to be admitted and pay for college, the show features the cap and gown that Mexican-born Alma Islas, who arrived in North Carolina as an undocumented six-year-old, wore last spring when she graduated from UNC-Chapel Hill at age twenty-four. "Hispanics, the New Italians," a painting in which Charlotte artist Rosalia Torres-Weiner transforms the staid Statue of Liberty into a vibrant Latina, was selected as the show's representative image.

"The exhibit is a kaleidoscope of every struggle, every contribution, every effort—all the different aspects of life that Latinos have gone through in the past few decades in these four cities," Gutierrez says, noting that it also spotlights people based in Baltimore and Washington, D.C. "You leave with a sense of hope and joy at what we are accomplishing, and what we are contributing to this country."

Curtis says the exhibit will travel after it concludes on August 6. Locations have not yet been determined, but efforts are underway to ensure that it can be presented in each of the featured cities.