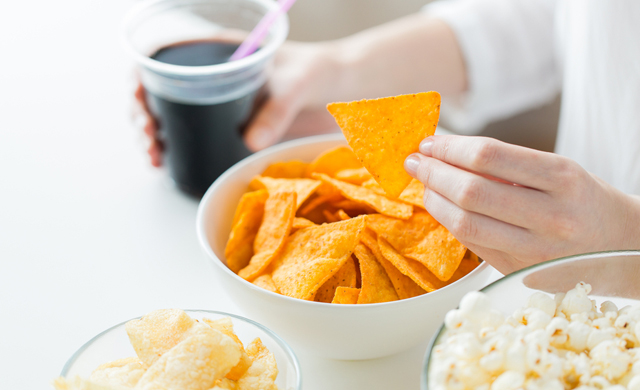 Only one of the food products had a healthy nutritional score: pistachios. In addition, a single celebrity (Ariana Grande) had endorsed plain bottled water.

The vast majority of foods and beverages endorsed by Justin Timberlake, Beyoncé, Taylor Swift and dozens of other pop musicians are high in calories and low in nutrition, according to a study published in the June issue of the journal Pediatrics.

That’s a troubling finding, say the authors of the study, because of the prevalence — and effectiveness — of this type of advertising in the United States and the alarming rise in childhood obesity.

American teenagers spend, on average, almost two hours listening to music each day. They also view, on average, 5,900 advertisements each year, either at home through their computers, televisions and video game consoles, or at their local movie theaters or sporting events.

In addition, research has shown that celebrity endorsements are highly effective marketing tools, including — or especially — with children and adolescents.  Indeed, food and beverage marketing has been identified as a significant contributor to the increase in childhood obesity in the U.S. over the past three decades.

“Because of our nation’s childhood and teenage obesity public health crises, it is important to raise awareness about how companies are using celebrities popular with these audiences to market their unhealthy products,” said Marie Bragg, the study’s lead author and an assistant professor of health policy at New York University's Langone Medical Center, in a released statement. “Research has already shown that food advertising leads to overeating, and the food industry spends $1.8 billion per year marketing to youth alone.”

For the study, Bragg and her colleagues identified the 163 pop artists behind the top 100 songs of 2013 and 2014, as determined by Billboard Magazine. They then catalogued every endorsement associated with these music celebrities by searching an advertisement database,  commercials on YouTube and other sources. They also assessed the celebrities’ popularity among teens by seeing which ones appeared on the Teen Choice Award nomination lists between 2000 and 2014.

Each brand endorsed by the 163 music celebrities was then sorted into 11 marketing categories. The leading category was “consumer goods,” with 26 percent of the endorsements. But “food and non-alcoholic beverages” came in a solid second, with 18 percent.

In all, 65 of the 163 pop stars had endorsed 57 different food and beverage brands from 38 companies.

In fact, full-calorie soft drinks were the products most commonly pitched to their fans by the celebrities.

None of the celebrities had endorsed fruits, vegetables or whole grains. Only one of the food products had a healthy nutritional score: pistachios. In addition, a single celebrity (Ariana Grande) had endorsed plain bottled water.

“The food industry capitalizes on music celebrities’ popularity with youth by engaging in multi-million-dollar endorsements deals,” Bragg and her colleagues write. “In 2012, Beyoncé Knowles signed an endorsement deal with Pepsi worth an estimated $50 million, and Justin Timberlake received an estimated $6 million for his involvement in the McDonald’s ‘I’m lovin’ it’ tune. In addition, beverage industry publications credit Latino rapper Pitbull’s endorsement of Dr Pepper with 4.6 million advertising impressions (i.e., any views or exposure to ads) and boosting Dr Pepper sales among Latinos by 1.7%, despite overall declines in carbonated soft drink sales.”

More than one-third of children and adolescents in the United States are overweight or obese, according to the Centers for Disease Control and Prevention.

Under intense pressure from parents and public health officials, various food and beverage companies have voluntarily pledged in recent years to refrain from targeting children under the age of 12 with ads for unhealthful foods. Blagg and her co-authors say it’s time to expand those advertising restrictions to adolescents.

“Obesity has become such a pressing public health issue that society must acknowledge the human suffering and costs associated with diabetes, obesity, and associated comorbidities,” the researchers write.

“Celebrities should leverage their influence to promote more healthful messages,” they add.