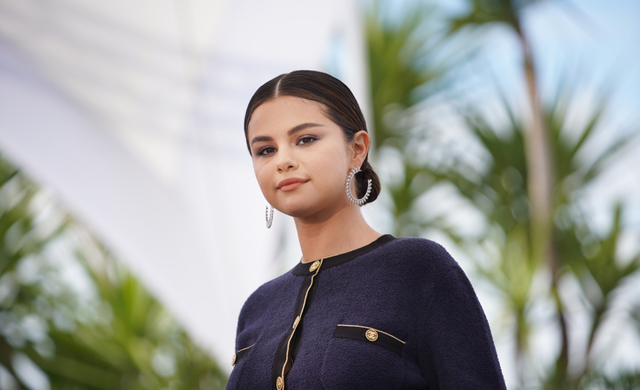 The singer-actor’s new Rare Beauty makeup line is on a mission to promote self-acceptance and support mental health.

When Selena Gomez teased the launch of her beauty line, Rare Beauty, to her 190 million Instagram followers back in February, she couldn’t have predicted how radically different the world would be when her products finally hit shelves, as they’re doing on September 3rd. The makeup line, which includes everything from foundation and concealers to lip color will debutin more than 1,100 Sephora stores and Sephora stores inside JCPenneys, as well as on Rarebeauty.com.

Gomez also couldn’t have predicted that her decision to use Rare Beauty to raise awareness for mental health would be more urgent than ever. Gomez, who has been open about her struggles with depression and anxiety in the past, revealed in April that she was diagnosed with bipolar disorder. In a recent interview about her HBO Max cooking show, Selena and Chef, she spoke of her struggles during the pandemic.

In July, she launched the Rare Impact Fund with the ambitious goal of raising $100 million over the next decade to help bring mental health services to underserved communities. One percent of all Rare Beauty sales, including those made through her retailer partners, will be donated to the fund.

Rare Beauty’s vice president of social impact is Elyse Cohen, the former deputy director of Michelle Obama’s Let’s Move! Initiative to fight obesity. Cohen says she knows how to leverage the power and influence of an authentic celebrity voice to “move the needle on important issues.” With Cohen’s help, Rare Beauty created a mental health advisory council that includes experts like Dr. Marc Brackett from the Yale Center for Emotional Intelligence, and Dr. Scott L. Rauch, president and psychiatrist-in-chief for the McLean Hospital for mental health, and the National Alliance for Hispanic Health. Singer and songwriter Justin Tranter and Teen Vogue editor-in-chief Lindsay Peoples Wagner are also on the council. The brand’s partner organizations include the National Alliance on Mental Illness, and the Sad Girls Club.

“From the very beginning, it was important to me to have a message behind the company. We are constantly bombarded with images and social media that makes people feel bad about themselves and [like] they need to achieve perfection,” Gomez says. She has been holding virtual community chats over Zoom to connect with fans and customers, speak with them about self-acceptance, and give them a space to share their own stories.

In launching her cosmetic brand, Gomez is following a playbook pioneered by stars such as Rihanna, whose Fenty Beauty notched $72 million in sales within a month of its 2017 launch. Like Fenty, Rare embraces inclusivity: Gomez’s foundation comes in a full 48 shades. The line, which includes brow pencils, lip colors, and concealers, is also similarly priced, with most products around the $20 mark.

The difference, according to Gomez, is her emphasis on mental health and promoting a healthy body image. While beauty lies in the eye of the beholder, to Gomez, the only beholder that matters is the person wearing the makeup. “There’s so much pressure to look a certain way, especially in beauty,” Gomez says. She hopes to eliminate the pressure to be perfect.

The brand’s marketing campaign reflects this mission. When social distancing norms meant that a traditional makeup photo shoot was impossible, Rare made a virtue of it: The company sent its products to modelsand asked them to take selfies showing off the primer, concealer, and foundation with no professional help, photography, or lighting.

“We’ve had a lot of challenges,” says CEO Scott Friedman. “We got a lot of [promotional photography]in January 2020, but after, after that things changed. We had a community casting call where we asked people to share their stories about what made them Rare after we announced [the brand] on February 4th, and then we had to pivot our strategy.”

While Gomez seeks to help people feel better on the inside, her products can help with some more minor problems. Her favorite item in the line, The Blot & Glow Touch-Up Kit, was inspired by nights out with friends: “[We were] trying to get rid of our shine as the night went on. It reduces shine while preserving your look, and it’s about the size of a phone and can easily fit in your purse.”

Still, according to Gomez, it’s not essential: “Makeup is something to enjoy, not something you need.”

Pandemic Worries Have Black and Latina Women Focusing on Self-Care

Sure Signs You're Becoming Obese, According to CDC