is a politically progressive media watchdog in the United States. The organization has a stated mission of "comprehensively monitoring, analyzing, and correcting conservative misinformation in the U.S 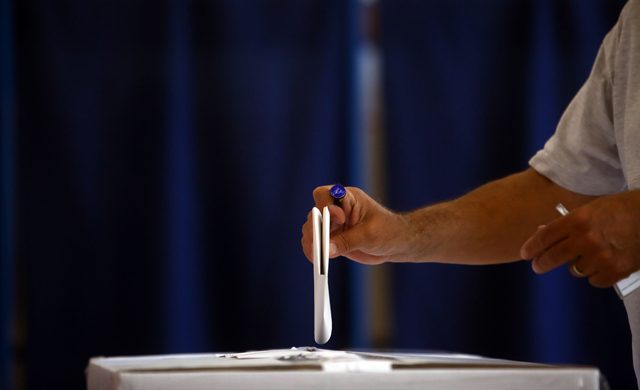 Univision News highlighted cases of police brutality against Latinos that have received little media attention and reported that, amid demonstrations condemning police brutality against minorities, Latino voters are increasingly worried about racial discrimination, which experts believe is on the rise, due in part to "the normalization" of presumptive Republican presidential nominee Donald Trump's inflammatory rhetoric.

In the July 13 article, Milli Legrain pointed to a poll showing that Latino voters’ concern over racial tension “has been increasing since 2012 and particularly in the last three months,” climbing from 4 percent to 10 percent.

Experts who study trends in the Hispanic electorate have attributed much of this anxiety to “the normalization” of Trump’s “‘discrimination and anti-Latino discourse.’” The piece honored “5 young Hispanics [who] also died by the hands of police between July 3 and July 7,” noting that this news was “less reported.” This lack of visibility for Hispanic victims of police brutality is representative of a pattern in the media to “silo” Latino issues to solely immigration and ignore other issues that may be pertinent to them.

Legrain carefully distinguished between the unique obstacles that burden each minority group, explaining that "although discrimination against minorities manifests itself in different ways, there seems to be a point of overlap between the different racial communities of the country."

She highlighted efforts by groups such as the Black and Brown United Coalition to organize and unite blacks and Latinos against racial discrimination, and concluded that “what is clear is that inflammatory discourses of Donald Trump, police violence, and discriminatory policies are contributing to placing the theme of race at the center of the electorate debate.”

In 2012, the election year where Barack Obama ran against Mitt Romney, only 4% of those surveyed saw race as the most important issue. But for the past three months, the issues of discrimination and race have been a concern of 10% of the Latinos surveyed.

Ben Monterroso, executive director of Mi Familia Vota, an organization that promotes civic participation among Latinos in the U.S., explains this trend with the attacks Donald Trump has levied on the Hispanic community.

Sylvia Manzano, an expert in Political Science and one of the higher-ups at Latino Decisions, is in agreement on this: “Discrimination and the anti-Latino discourse are on the rise and Trump is the leader of that. When you hear him say that he wants to build a wall, and his supporters respond that Mexico is going to pay for it, you are more sensitive to that kind of discourse if you areLatino,” Manzano explains.

According to the expert, the “normalization” of the discourse fans the flames of discrimination.

One piece of news less reported is that 5 young Hispanics who also died by the hands of police between July 3 and July 7. According to the Killed by Police database that monitors deaths caused by law enforcement, there have already been 100 Hispanics killed in interactions with the police in 2016 in the United States.

Although discrimination against minorities manifests itself in different ways, there seems to be a point of overlap between the different racial communities of the country.

What is clear is that Donald Trump’s inflammatory discourses, police violence, and discriminatory policies are contributing to placing the theme of race at the center of the electorate debate.