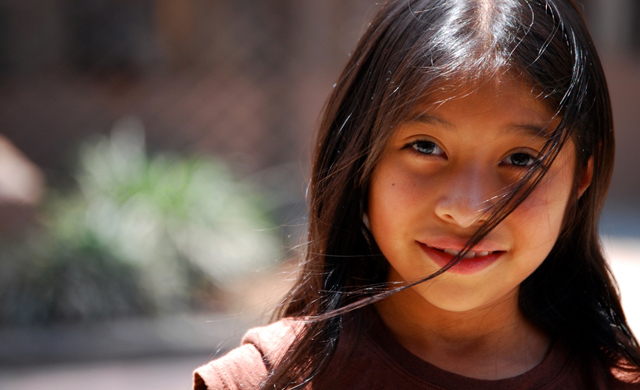 "The Complex and Varied Households of Low-Income Hispanic Children," a new study published by Child Trends and the National Research Center on Hispanic Children & Families, showcases the challenges, advantages and unique characteristics of diverse low-income Hispanic homes in the U.S., and its effect on children.

U.S. Hispanic low-income households are multifaceted; a diverse hodgepodge of families who differ when it comes to national background, racial identifiers, family structure, legal status, nativity, disability, household size, household structure, geographical location, accessibility to government services, and adult employment. To understand this is to better understand how to service low-income Hispanic children and their families. Relative data highlights the likely and unlikely needs of a child in articular low-income immigrant families, compared those from low-income families with U.S.-native parents.

Today, one in four children are Hispanic; two-thirds of those children live in low-income households; and one-third live in poverty. And programs and policies established to help low-income families are invalidated by the fact that policy developers don't know who they're targeting.

Latinos have lower rates of participation when it comes to government programs and services, despite high levels of poverty and unemployment. And that's because programs misidentify the community, and many policies don't understand that a sizable amount of Hispanic population growth can be attributed to U.S. births, not foreign births. Nor have they acknowledged nationally relative data, which shows variations in housing patterns and unique obstacles.

"As we think about our programs and policies and how best to support healthy child development among low-income Latino children and families, it is important to consider family experiences and possible differences among families. This is particularly important because data suggest that Latinos have lower rates of participation in government program and services despite their relatively high levels of poverty."

With regards to parenting, it's important to note that children who grow up in low-conflict, two-parent households fare better than children from other types of households. As it stands, low-income children tend to come from single-parent homes with absent biological fathers; this is particularly the case with U.S.-born Hispanic parents. Low-income Hispanic children with at least one foreign-born parent are more likely to live with their biological father than other low-income children. Also, nearly half of low-income Hispanic children with only U.S.-born parents live in single-parent households.

The research also revealed that 40 percent of low-income children with at least one foreign-born parent live in crowded conditions (compare to 21 percent for U.S.-born parents). This means that children in these households are living with close to five people, on average. Despite large household size, low-income Hispanic children live in houses and apartments that have fewer rooms and fewer bedrooms than their low-income racial-ethnic counterparts, particularly for foreign-born parents. And crowded housing for children can have adverse outcomes, such as sleep deprivation, behavioral problems, and less-responsive parenting. Then, again, living in seemingly overflowing households may be beneficial.

It's important to note that many children find healthy developmental support from other related and unrelated adults (cohabiting partners of the resident parent, grandparents, cousins, aunt's, etc.) living in the home, who offer employment wages, child care, housework assistance and other stabilizing benefits, such as providing regularity in schedules and routines, as a contribution.

Although many low-income children come from unstable homes with strained resources, stress and conflict, many parents have jobs, albeit more precarious in low-income, which offers additional resources to parents and children. The majority of low-income children live with at least one employed adult, and that number is highest among households with at least one foreign-born parent, which also tends to include at fulltime employment.

Children of immigrants are more likely to grow up in married households and live with their biological fathers than are their low-income Hispanic peers with only U.S.-born parents, signifying greater economic and emotional wellbeing. Those with at least one foreign-born parent have the greatest advantage. And just 10 percent of low-income Hispanic children with a U.S.-born parent (OR parents) lives in a household with two married parents; almost half live in single-parent households.

"Understanding differences among low-income families between households with at least one foreign parents compared to U.S, parents, as we have found in this report, helps inform our programs, particularly now as the bulk of the growth of the Hispanic population is no longer due to immigration but to births in the U.S," stated Turner.