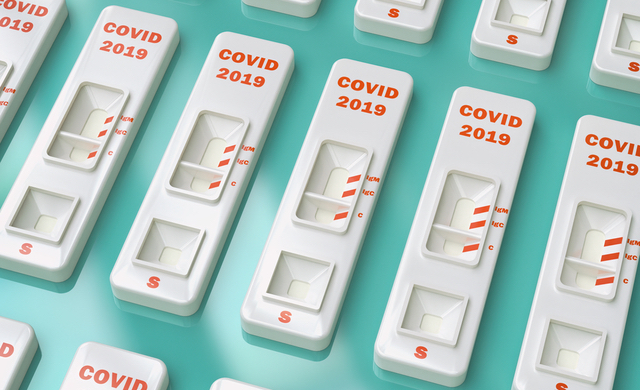 June 1, 2020 -- Big-name medical testing companies like Quest Diagnostics and LabCorp have expanded access to antibody tests that can tell whether someone was recently infected with the coronavirus a few weeks after they’ve recovered from disease. You can order these tests online or go through your doctor.

Public health experts, however, question the value of antibody testing for individuals given the tests’ limitations and whether results are meaningful.

The CDC said this week that antibody tests are not yet accurate or reliable enough to use to determine whether to reopen workplaces, schools, and other places where people gather.

The accuracy of antibody tests has been mired in controversy. The FDA allowed hundreds of tests onto the market resulting in a Congressional investigation last month.

Reports then surfaced last week that the CDC and states have been combining the number of antibody tests performed with the number of viral tests, further adding to the confusion about interpreting test results.

Researchers do not know yet if the antibodies that result from SARS-CoV-2 infection will provide someone with immunity from reinfection. If antibodies do provide immunity, experts don’t know how much antibody it takes to provide protection or how long protection might last.

“We’ve already measured the antibodies in many people, so we know that an immune response is there. We just have to get better, more nuanced information about what those responses mean and how to interpret them,” Michael Mina, MD, PhD, assistant professor of epidemiology at the Harvard T.H. Chan School of Public Health, said on a May 4 media call.

But the most accurate tests may not be able to correctly identify each person who has antibodies. Even commercial tests that report 100% accuracy may still produce false-positives when enough samples are run, says Andrew Azman, PhD, assistant scientist in the Department of Epidemiology at Johns Hopkins University Bloomberg School of Public Health.

Given the uncertainty, it’s premature to issue “immune passports,” Mina, Azman, and other infectious disease and public health experts wrote in a May 19 editorial in Science Immunology. This concept assumes that when someone tests positive to an antibody test, there is a good chance of avoiding re-infection or transmitting the virus to others. But it can give people a sense of false security, warns Azman.

Some employers are using antibody tests, also known as serological tests, to decide which employees may return to work or work on the frontlines. But “until we have more evidence, serological tests alone should not be used to make decisions such as when staff can return to work, the need for personal protective equipment or the need to discontinue social distancing measures,” the Association of Public Health Laboratories (APHL) said in a joint statement with the Council of State and Territorial Epidemiologists (CSTE) this month.

The CDC said the same thing this week in updated guidance on its website.

The concept of “herd immunity” has also gained traction lately. This is based on the principle that once a certain proportion of the population has developed immunity from previous COVID-19, the spread of the disease will die down. Ideally, the epidemic would eventually die out, explains Azman. For example, it’s believed that a population that achieves 93%-95% immunity to measles through vaccinations would protect the rest of the population from infection.

“Given the transmissibility of SARS-CoV-2, even 10%-15% is insufficient to bring the outbreak under control. The major component of reducing transmission will have to be behavior change (e.g., social distancing) until a vaccine comes along,” says Azman.

Black and Hispanic Americans turn to doctors who look like them for reassurance on vaccinations.

Cancer patients often 'retraumatized' by coronavirus: How to cope