The Case for the 1-Minute Workout Is Getting Stronger 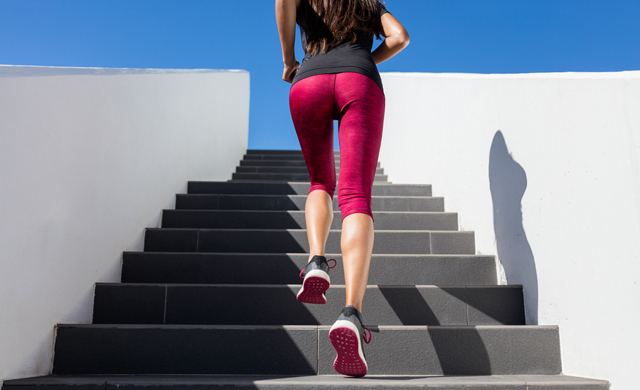 Is the one minute workout for real? Here’s what you need to know about whether it’s right for you.

There’s a lot of talk in the exercise world about high intensity interval training (HIIT) lately, which is exactly what it sounds like — alternating episodes of exercise with periods of less intensive activity or recovery. It’s not an new idea, although many gyms, trainers and some experts are touting it as if it’s a new phenomenon. Professional and elite athletes have been using interval training for nearly a century to maintain their peak performance with the least wear and tear on their bodies. And it’s baked in to workouts like SoulCycle, Cross Fit and many group classes at gyms.

But the concept of HIIT is gaining more momentum lately thanks to research that’s starting to show that such regimens can actually have the same health benefits as continuous, longer workouts—even if the intervals of exercise add up to as little as 60 seconds of burn. (See Introducing the 1-Minute Workout, here.) Of course, that doesn’t mean people are working hard for 1 minute in a whole day. It’s about alternating within a workout.

In the latest study, published in PLOS One, exercise scientists led by Martin Gibala, chair of kinesiology at McMaster University, who has spent the last several years documenting the health benefits of interval training, found that as little as one minute of intensive exercise could have the same health benefits for the heart, respiratory fitness and muscles as 45 minutes of more typical continuous exercise over three months.

Granted, those 60 seconds have to be at a sprint-like pace, as if you’re being chased down by a tiger and fueled by adrenaline. But it’s just 60 seconds. “I think there is good evidence that shows you can see comparable benefits despite the fact that intervals require less total exercise and reduced time commitment,” says Gibala.

The key in how little you can get away with, however, depends on how hard you push yourself during those short bursts of activity. “The extent of reduction in total exercise and time commitment is related to how hard you’re willing to push yourself,” he says.

It’s also probably related to interspersing the high intensity activity with periods of less vigorous exercise and recovery. It’s not just a matter of pushing for one minute and being done. In the study, the people in the interval group rode stationary bikes for two minutes to warm up, then pushed themselves to ride as fast as they could for 20 seconds, then rode more slowly for two minutes and repeated this pattern two more times for a total of 10 minutes.

And the beauty of interval training, as studies like Giabala’s are starting to show, is that no matter how you incorporate it, you will reap rewards.

If you’re sedentary and starting to walk regularly, for example, pushing yourself to walk as fast as you can for a few blocks or past several neighbors’ mailboxes, then resuming your more moderate pace, and alternating this a few times might allow you to shorten your walks so you don’t have to spend, say 30 minutes walking, but only 10 or 15 minutes to get the same benefits.

Similarly, many popular exercise and training programs also incorporate the idea of less is more to keep you fit — cycling classes that push you over mountains and then allow you to coast along flats or rowing classes that switch between all-out rowing and more measured activity are all examples of interval training.

So if you’re already a gym rat or take long runs or swim miles in the pool, should you switch the way you work out? “The best exercise is the one you like because you are more likely to stick with it over time,” says Gibala. “If you enjoy continuous exercise and hate the discomfort that goes along with interval training, even though it might be effective and time efficient, then you’re unlikely to sustain it long term, so you’re better off staying with your current program.”

But given the growing data showing the health benefits of interval training, there’s a more debate among exercise experts and public health officials about whether they should be encouraging or promoting interval options to people. While it may not be right for some, for others, the brief periods of exertion might be worth the time savings. Some studies show that despite the discomfort of the intensive periods of activity, some people felt it was a fair trade off for not having to exercise as long.

Plus, it seems that interval training could be safe for people of all fitness levels, as long as they adjust for what intensive and all-out physical activity means for them, In Gibala’s study, the people who participated weren’t very fit to begin with, and didn’t exercise much. But the group that did the one minute of all-out exercise did show similar improvements in their fitness as the people who spent 45 minutes in continuous moderate intensity activity. And presumably, as they got more fit, they could push themselves harder to reach more vigorous levels of activity during the high intensity bouts. So you don’t have to be in shape to benefit from interval training. And if you don’t have time to devote to lengthy workouts, it might be an easy way to get started to become more physically active.