People With Autism Have an Altered Sense of Self 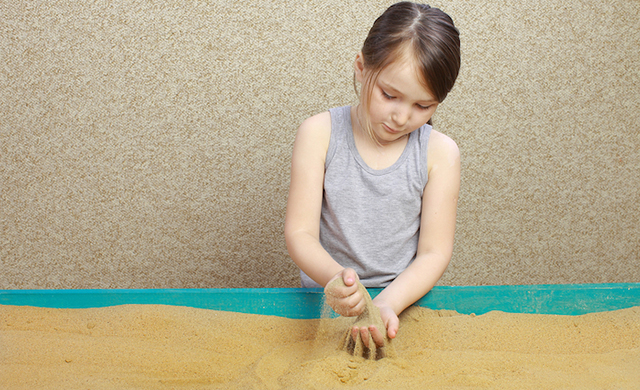 New research has indicated that people with autism have an altered sense of self, which may explain some of the differences shown in social functioning.

The study, which was carried out by scientists at Anglia Ruskin University and published in the journal Autism, involved a group of 51 adults, half with and half without autism.

It is the first time that responses to the self-altering 'full body illusion', which simulates an out of body experience, have been measured in people with autism.

The research found that, unlike neurotypical participants, people with autism do not experience the 'full body illusion'. This is a test that causes people to experience their self as being located outside of their body and to identify with their own virtual 'avatar' viewed through virtual reality goggles.

The scientists also measured the size of the participants' peripersonal space. This is the area of space directly around our body which the brain treats in a special way as it enables us to interact with the external world. They found that this area of space, that defines the boundaries of self, is smaller in people with autism.

A smaller peripersonal space may explain certain behaviours sometimes seen in individuals with autism, such as approaching others more closely than social norms prescribe, or having difficulty considering communications coming from outside their personal space as being directed towards them.

First author, Ph.D. student Cari-lene Mul, said: "For a long time autism has been considered a disorder of the self as some people with autism have difficulties accessing memories about themselves and using personal pronouns such as 'me' and 'I'.

"We wanted to find out whether arguably more fundamental aspects of the self—the feeling that your body belongs to you and that your self is located within it—might be altered in people with autism."

Senior author of the study Dr. Jane Aspell, Senior Lecturer in Psychology at Anglia Ruskin University, added: "The findings of our study show that the 'bodily' self is less flexible in people with autism and their brains may combine sensory information about their bodies in a different way.