What I've Learned: Public Health Is Building Block for Latinos 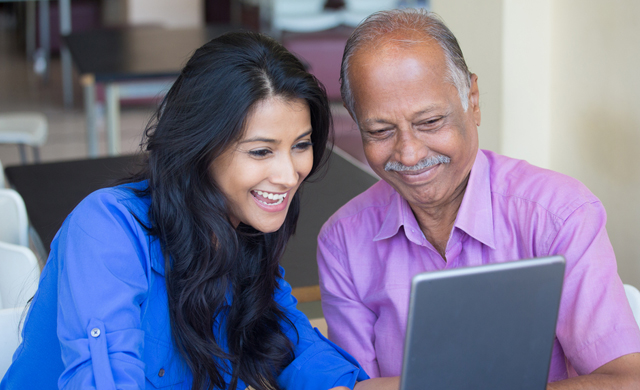 Jacqueline Martinez Garcel is a leader in philanthropy and expert in public health and policy. Last fall she was appointed Chief Executive Officer of the Latino Community Foundation.

What are your hopes for the Latino Community Foundation and Latinos, nationwide?

We're going to be working off of a five- year plan to serve as a voice for Latinos in California, to really change higher education access rates, graduation rates and, ultimately equip people to move into higher paying jobs. We can help California's Latino majority be a model for how to elevate education rates, instill more equitable policies and break out of the cycle of poverty. This is a make or break moment for California and for Latinos across the country. We either equip them to contribute to the tax base and the economy or we miss the opportunity to fulfill the promise of what a huge asset we are to economic growth and to this country.

As a little girl, what did you want to be when you grew up?

I was aspiring to be a pediatrician. I grew up in Washington Heights, which is a relatively low-income community of mostly immigrants in New York City, and I had such a great relationship with my pediatrician. She was young and from the Dominican Republic and she would always talk to young people and helped us aspire to be much more than what we saw around us. The dream was becoming a reality all the way until the junior year of my undergraduate studies.

I was taking all my premed courses and my MCATS at Cornell and I was really excelling, but then I decided to go to Yucatán, Mexico for a fellowship designed to train up-and-coming scientists and physicians in research. I ended up working in the department of health in Mérida and understanding what it meant to keep a community healthy.

Until that point I had a very focused view on becoming a doctor but I saw that it takes not only physicians but prevention, community leaders, better sanitation and better water supply to keep a community healthy.

My eyes were opened wide so when I went back to Cornell for my senior year, I took graduate-level classes in public health and ended up doing research on the crack epidemic, unemployment rates and the incubation rate of HIV. At that point I realized, having known what I knew about my community, that I wanted to change the understanding of how to affect policy to include social and environmental factors in addressing the well-being of an entire community.

Wow! Let's step back a little, tell us about getting into Cornell, that's no small thing.

I came from a family that was more lower-income. Neither of my parents were able to complete higher education because they came to this country and worked two jobs to help me and my sister to go to Catholic school for a few years. Actually, they decided to leave New York because more private school was not an option and they wanted us to go to good schools. So, though it was tough, we moved to Miami, Florida where I did four years of high school in a public school that had over 4,000 students and not great graduation rates.

I did have a love for math, loved my math classes - I was president of the math club, I took four years of calculus. Then my counselor told me to apply to state schools in Florida. Luckily my math teachers said, "No! You have to go to an Ivy League school." And since I wanted to get back to New York, I wanted to go to Cornell. My SAT scores were not that great but I excelled in AP courses and through what I call an act of God, I got into the Ivy League.

I was the first in my family to go to college - that was huge. When I got into Cornell, my whole family was really proud of me and I've been very proud to influence them to pursue higher education. Mine is not an atypical story but we definitely need to understand what Deans Lists and standardized testing skills can mean to our Latino youth - it's such an important barrier they must overcome and one that as country we need to address.

But it was hard. When I got to Cornell, I was surrounded by people who had prepared for their whole life for this competitive, fast-paced environment. I had some study skills from taking AP classes, but in college learning takes place on your own.

There was one person who I met on campus who was from Puerto Rico and grew up in New York. We linked arms and said, "We're here to make it!" and we worked together. Life was different for us - we were studying every night, every weekend. It was tough, it was like going to boot camp, putting in three times the amount of effort. [At that time] racism on college campuses and at the faculty level was real. There was a sense that you had to work not twice as hard, but three times as hard because you didn't ever want to feel like you had gotten in there to fill a quota. You had to believe you had a place and were going to succeed.

Thank goodness I had family support - they'd send me food and come visit me. [First generation college students], especially low-income ones, need support structures in schools, services to wrap around students because otherwise they won't have the right structure in place to excel.

You eventually got an MBA from Columbia University and went on to do large-scale public health policy work. Tell us about your transition to foundation work.

How I ended up in philanthropy was not a planned path - I was more interested in policy - but I eventually sat down with people who explained how philanthropy was a mechanism for working at a systemic level. It was about convening groups, getting people at the same table and working toward collective change.

Foundations can serve as connective tissue across sectors to have more impact. When I understood that, I got on board. That experience was not just eye opening in terms of a different career path to make a difference; it just tied it all together to be able to hear the voice of a community say, "This is what matters to us. It's not just medicine, we need and deserve clean water, clean streets and clean air in our homes." It was eye opening to understanding the power of a community, of a collective voice in defining solutions and fighting for policy changes not at the level of one department, but of the bigger whole.

Any words of wisdom for those trying to fulfill that promise?

To whom much is given, much is expected. There is a responsibility to do something with the doors that have been opened up to you. I made it to the Ivy League but it's not a personal achievement, the younger generation is behind me and the doors need to remain open to make success happen.

Each of us is created with a purpose. A big part of my life is the faith that each one of us was put on this earth with a very clear purpose in life. Once you understand it, go for it. Never mind the potholes or the stumbling blocks. Just keep going.