What It Will Take to Make the Tech Industry More Diverse 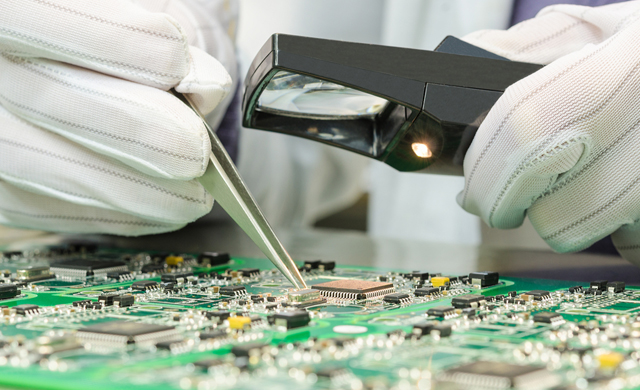 It’s no secret that the hallways and cubicles of the tech industry aren’t exactly overflowing with female faces. Nor is there a surplus of black or Hispanic workers.

In fact, for women, the technology gender gap seems to be getting bigger, not smaller. Women are earning fewer computer science bachelor’s degrees than they did 30 years ago. In 1984, 37% of these degrees went to women vs. just 18% in 2013. The numbers are just as bleak for blacks and Hispanics. They comprise 30% of the U.S. population, yet just 20% of computer science bachelor’s degrees.

These participation gaps are part of an impending crisis for businesses and the entire U.S. economy. By 2020, there will be an estimated 1.4 million engineering and computer science jobs in the U.S., for a growth rate that’s twice the national average. Yet there won’t be nearly enough American computer science students to fill those jobs. Only 400,000 computer science students are expected to graduate in 2020,leaving a wide talent gap of 1 million. Without the ability to hire people with the necessary skills, fast growing businesses and sectors of the economy simply can’t sustain their growth.

While it’s easy to see there’s a problem, it’s much harder to solve it. To this end, McKinsey conducted extensive qualitative and quantitative research of more than 2,400 interviewees. This research was done in the context of McKinsey and Facebook’s partnership to launch a program called TechPrep. Interviewees included students, their parents, recent college grads, and employees working in computer science-related industries.

We found that one major hurdle occurs very early on — many students simply decide not to give computer science a try. Although 91% of girls are aware of computer science, only 44% say they are willing to try it. This is similar for minorities — 53% of blacks and 54% of Hispanics are open to trying it. Thus, a key challenge is finding ways to inspire more students to want to try computer science. There’s much work to be done — while participation in computer science among black and Hispanic high schoolers is increasing, it remains low. In 2015, for example, there were 23 states that had fewer than 10 black students who took the AP computer science exam.

While this was a common barrier for both women and blacks and Hispanics, we also uncovered some key differences between the attitudes of each group that could shed light on how to tailor inclusion efforts to each group.

Confidence: Black and Hispanic/Latino students have a more positive perception of the CS field compared to white and Asian students. And, compared to white and Asian students, black and Hispanic/Latino students also have a significantly more positive perception of aspects of their computer science abilities. Some 50% of blacks and 42% of Hispanics say they believe they would be good at working with computers, compared to 35% of whites and 35% of Asians. Thus, these perceptions do not appear to be a barrier to the pursuit of computer science for either blacks or Hispanics/Latinos.

However, women of all races are not as confident as their male counterparts. Regardless of their ethnicity, our research found that females are more likely to be unsure of their own abilities in computer science than their male counterparts, with their confidence level at roughly 70% of that of men. This tech confidence gap of 30% is much higher than in other fields – 11% in business, 7% in humanities, and 5% in the social sciences. This lack of confidence is the primary reason more women are not participating in the tech industry. In our survey, 50% of boys said they felt they would be good at working with computers, but only 33% of girls said so.

Minority females are less confident than whites. Black and Hispanic girls have the lowest perception of their computer science abilities among all the groups we surveyed, at about half the confidence level of white males, and two-thirds the confidence of black males.

Formal access and personal networks: Compared to white and Asian students, black and Hispanic/Latino learners have far less access to computer science classes or after-school programs. White and Asian learners, for instance, are 1.3 – 2 times more likely to go to a school where there is a robotics club offered. Blacks and Hispanics are also less likely to know an adult who works in the technology industry: 27% of black students and 24% of Hispanics say they know a computer science professional as compared to 30% of whites and 37% of Asians. This lack of access is the major driver of black and Hispanic drop-off in the computer science journey and any efforts to increase minority participation in tech need to address this fundamental problem.

While young girls and boys have similar levels of formal access to computer science classes and programs and to people who work in tech, a gap emerges in college and beyond. Between the ages of 18 and 25, young men’s social circles develop in such a way that they are 1.5 times more likely to know someone working in the field than young women. The social and professional circles of young women are more likely to be filled with people working in fields other than tech.

Negative perception of the industry. Given the poor perception of their own computer science abilities, it’s not surprising that females are 2.5 times more likely than males to say that people who work in tech are “boring” and “not like me.”

Women also drop out of pursuing computer science at every stage of the journey, at rates 1.2 to 1.7 times higher than their male counterparts. The number of girls and women who continue in their pursuit of computer science drops consistently by 50 to 65 percent at each of six stages we measured — willing to try a computer-science-related class, actually trying it, continuing to learn the subject, intending to pursue a degree in it, actually pursuing a degree in it, and, finally, pursuing a career in tech.

Interestingly, this does not seem to be happening in other countries, such as India and Brazil, suggesting that there are ingrained cultural aspects to women’s confidence levels and their negative perceptions of the tech industry. Among the 73% of American girls familiar with the engineering profession, 33% say they are attracted to it. In contrast, while only 53% of Brazilian girls are aware of engineering, 72% of those aware of it are interested in working in the field.

What companies can do

While there are major policy and societal actions that need to occur over time, companies have the power to create material change on their own. Recruitment and retention aren’t enough if there is a vast shortage of qualified engineers and computer scientists in the pool. Companies therefore must: