Business Insider is a fast-growing business site with deep financial, media, tech, and other industry verticals. Launched in 2007

Tony Robbins Shares the Best Career Advice He's Ever Been Given 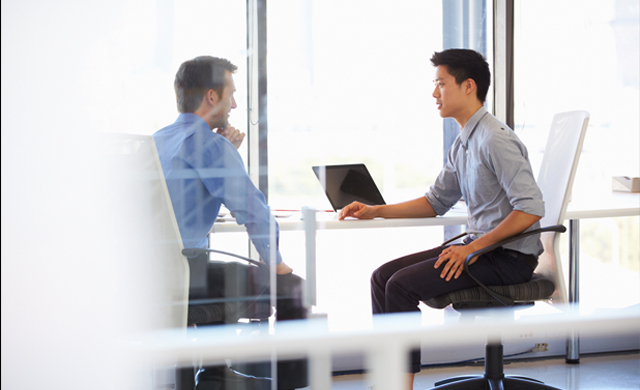 Tony Robbins grew up in a poor and unstable family. He was on his own at 17, living on a janitor's income.

After saving up for one of the late motivational speaker Jim Rohn's seminars, he approached Rohn for a job. Rohn became a mentor to Robbins, who eventually became a speaker. He initially struggled to find his own voice that would warrant the corporate clients and big crowds attracted by Rohn.

It was around this time that Rohn gave Robbins the career advice that he's since shared with millions of people over the last four decades, Robbins said in a recent Facebook Live Q&A at Business Insider's New York office.

"I was really frustrated, and I'd been working my guts out — 12-, 14-hour days — nothing was working, and I was pissed off and frustrated," Robbins said.

He was putting in long hours, but his career was going nowhere, and he thought that he was fated to continue his family's cycle of poverty. He said that he explained this to Rohn.

"And he said, 'Tony, you're so focused on expecting things to happen so fast ... Your worth in the marketplace is based on your ability to add more value than anyone else. If you can find a way to do more for others in your company, more for the employees, more for the clients, than anybody else, your gifts will make room for you. But in order to do that, you've got to build skills,'" he said.

These words didn't magically transform Robbins into a success, but they focused him on seeking out approaches that would help him build a brand that was different from Rohn's, built on actively intervening in clients' lives rather than just motivating them from a stage.

Robbins entered the mainstream when he was 26, with the success of his best-selling book "Unlimited Power," and went on to work with clients like champion tennis player Serena Williams, billionaire investor Paul Tudor Jones, and even President Bill Clinton.

He shared this story in the Facebook Live Q&A after several viewers asked for advice on how to find a fulfilling job. He recommended they take Rohn's advice and see how they can make themselves invaluable in an industry that could use them, then learn the necessary skills they may be lacking to make this happen.

"Participate in your own rescue," he said. "Step up. Ask yourself, 'What industries are growing, what do I love, what do I enjoy? ... Go offer your services to be a mentee ... and you'll be able to move up."