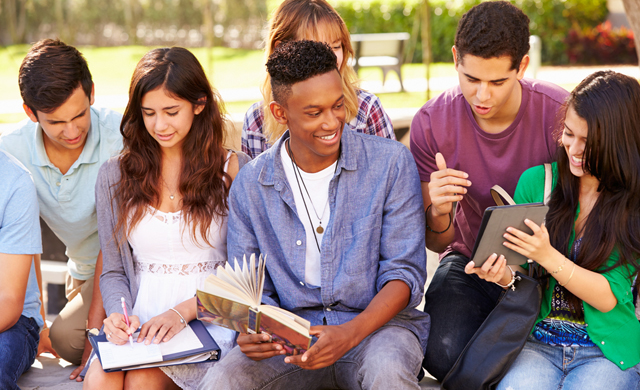 A record number of young people applied to the competitive University of California system, with Latinos seeing the largest share of applicants.

More than 171,400 applicants hope to gain acceptance to one of the nine UC schools, and more than 65 percent of the applicants are from California. Amid criticism over higher numbers of out-of-state students, California has pledged to increase the number of in-state residents.

Latinos made up the largest share of applicants this year by far. Hispanics made up 37.2 percent of total applicants, an increase from 35.8 percent last year. That means 41,575 Latinos applied to all nine UC undergraduate campuses for the fall 2017 semester.

"This year's applications affirm, once again, that Californians' demand for a UC education keeps getting stronger," said UC President Janet Napolitano in a statement. "This is a testament to the excellence of California's public research university, and reinforces the imperative to continue working with our state government to preserve UC's quality and affordability, and to ensure there is a place at the university for every deserving California student."

Latino students currently make up about 23 percent of the University of California's student enrollment. However, well over half of the state's public school students are Hispanic.

In the 2016 academic year, 49,475 undergraduate students attending a UC school identified as Latino or Chicano. Latino enrollment in the UC school system has grown by more than 12,100 students since 2012.

Asian Americans made up 29.1 percent of all fall 2017 applicants, whites constituted 23.7 percent and Black students are 6.2 percent.

More applicants to UC schools would be first-generation college students, meaning they would be the first in the family to graduate with a college degree. About 46.7 percent of UC applicants this year are first-gen, compared to 45.9 percent last year.

The proportion low-income applicants grew as well, to 42.4 percent this year from 39.7 percent last year.