WSJ online coverage of breaking news and current headlines from the US and around the world. 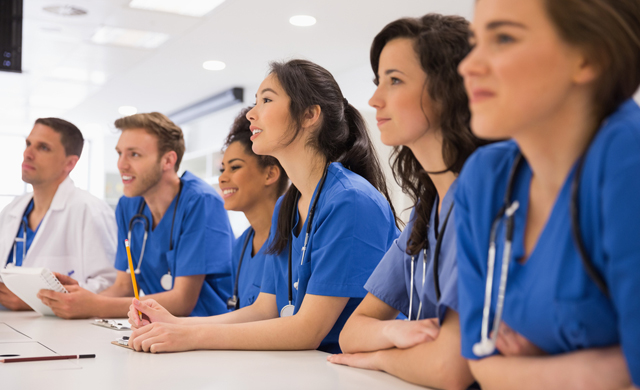 By his junior year in high school, Xavier Shackelford was a good student with a vague idea that he wanted to be a doctor. But few people from his small, rural Arkansas town considered medicine as a possible career.

At the urging of his chemistry teacher, Mr. Shackelford, an African-American, applied to Aspirnaut, a program at Vanderbilt University Medical Center in Nashville, Tenn., designed to introduce small groups of minority students to biomedical research. In the six-week program, he worked with a researcher exploring how diabetes affects the kidneys and co-wrote an article published in a research journal.

The experience convinced him that a medical career could be a real possibility. Now a senior at the University of Arkansas, Mr. Shackelford expects to graduate this year with a degree in biology and plans to pursue a master’s degree, and eventually apply to medical school.

The Vanderbilt program that made all the difference is one of a number of efforts designed to address a glaring problem in the U.S. health-care system: Blacks and Hispanics are underrepresented in the nation’s medical schools—and in the medical profession more generally. Most face steep barriers long before they apply for admission into medical schools: They disproportionately attend low-performing elementary and secondary schools, and few are directed into the high-school and college classes that would prepare them for pre-med study. Many aren’t even aware that medical school is an option.

In response, schools, nonprofits and medical associations have created “pipeline” programs designed to break down some of these barriers to a medical education and to provide academic, financial, social and emotional support and encouragement to minority students—primarily African-American and Hispanic—who aspire to medical school.

These programs have shown success at helping participating students clear some of the hurdles to a medical career, though still not much of a dent has been made in the overall shortage of minority physicians.

“Pipeline programs have been proven to work,” says Marc Nivet, chief diversity officer at the Association of American Medical Colleges. “But we need to increase the outreach and the numbers of students participating before we’ll see any real increase in the overall numbers of minority students, and we need foundations and nonprofits to redouble their investments and maintain funding.”

Experts agree the shortage of black and Hispanic doctors—they represent only about 9% of all medical practitioners and about 12% of medical students—aggravates the wide disparity in health care between advantaged and disadvantaged communities. With more minority doctors, they say, there could be more medical leaders willing to work in minority communities and to serve as role models to a new generation of would-be doctors.

“Pipeline programs are a way of accelerating the process of bringing underrepresented minorities, who add to the richness of the experience of all medical students, into leadership positions in medicine,” says Jeff Balser, dean of Vanderbilt University School of Medicine, where minority students are nearly a quarter of each class.

The first step is making students aware that a medical career is a possibility. To that end, Alden Landry and Kameron Matthews, both physicians, in 2012 founded Tour for Diversity in Medicine, which takes minority doctors and other professionals to underserved areas in an effort to recruit future physicians. So far, the program has visited 37 campuses in 25 states and met with nearly 3,000 students.

Other pipeline programs aim to immerse students in the work of a medical researcher. Aspirnaut, the Vanderbilt program, brings eight minority students to campus for the summer to work in biomedical research for six weeks. Students participate in laboratory teams working on such real-world problems as diabetes and cancer. Faculty and administrators from the science and medical worlds give lectures and mingle with students, while mentors help with test-taking skills and financial planning and work with participants to improve writing, speaking and interviewing skills.

Mr. Shackelford, the Arkansas student, went through the program in 2010. “My work in the Aspirnaut program convinced me that I really could become a doctor,” he says.

Of the 63 high-school graduates who have participated in the program, all but one has gone on to college. Twelve have been accepted at Vanderbilt, and one has been accepted into medical school. The program is too new to determine how many will go on to study medicine.

“Education and mentoring are the game-changers,” says Julie Hudson, an assistant vice chancellor for health affairs and associate professor at the medical school and one of the co-founders of the program.

To show minority students what to expect in post-graduate studies for a career in medicine and, program officials hope, help their chances of admission, a dozen medical and dental schools including those at Duke, Columbia and Howard universities offer the Summer Medical and Dental Education Program, an immersive six weeks of study for minority freshman and sophomores.

At Duke University School of Medicine, where the program has been offered since 2001, in addition to studying biostatistics, physiology, organic chemistry and other subjects required for medical-school admission, 80 participants each summer learn about leadership, health policy and communication. A Duke spokesperson says the courses each student takes depends on those they have taken at their home institutions and what they plan to take when they return to those schools.

Erica Taylor, a 35-year-old African-American orthopedic surgeon on the Duke medical school faculty, went through the program in 2001 while enrolled at the University of Virginia. That summer, Dr. Taylor says, she took classes, shadowed a physician and participated in mock medical-school admissions interviews. The experience, she says, gave her an idea of what she would eventually experience at Duke’s medical school. “This was the experience that reconfirmed my desire to become a physician,” Dr. Taylor says.

Of 634 students who went through the program between 2006 and 2013, 220 applied to various medical schools, and more than two-thirds were accepted. Currently, 35 are students in medicine, nursing and graduate education at Duke.