New Partnership on Diversity Programs for Latinos in Media and Technology 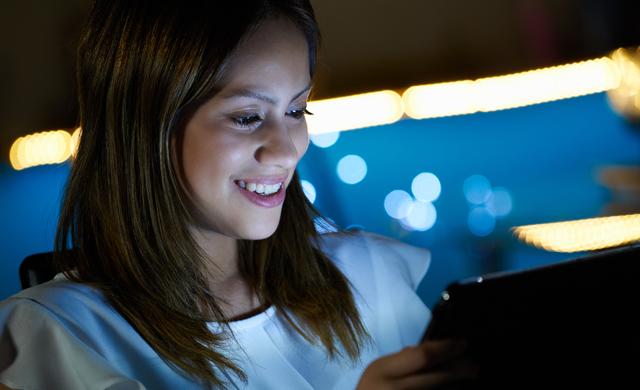 The announcement was made at an event in Los Angeles, where NHMC, Univision and Televisa representatives were joined by Los Angeles City Councilmember Gil Cedillo, and Chief of the Los Angeles Mayor’s Office of Immigrant Affairs Dr. Linda Lopez. The programs include a television writers graduate program, a writers’ database and a policy fellowship program in Washington, D.C.

“The television industry must adapt the diversity of their programming to meet the diversity of America today, and it starts by hiring the immense talent in our communities,” said Alex Nogales, president and CEO of National Hispanic Media Coalition. “We’re proud to join with Univision and Televisa to bring Latino writers and students in public policy to the attention of those who want to re-shape the media landscape into one that is more inclusive of Latino voices.”

“Programs such as these are very important to our community. These young, energetic and creative writers are the voices that will tell our stories, the joys and sorrows of our very rich culture,” said Los Angeles City Councilmember Gil Cedillo.

“For Televisa, this partnership represents an amazing opportunity to reaffirm our commitment to diversity broadening opportunities for young professionals,” said Alicia Lebrija, President of Fundación Televisa. “We hope that this experience helps them become inspiring role models for other members of the Hispanic community across the United States.”

“At a time when the lack of diversity in media and technology is front and center, we could not be prouder of Univision’s nearly 60-year legacy of providing opportunities, skills, and careers for Latinos in these industries,” said Roberto Llamas, executive vice president and corporate officer of Univision Communications Inc. “I want to thank NHMC and Televisa for their partnership and their commitment to expanding the pipeline of talented Latinos into an industry that sorely needs their contributions.”

“I am so grateful to the NHMC for its writing program. The NHMC writers’ program brought me out to Los Angeles, validated my dream to write for television and gave me the tools and access to build a career,” said Joseph Vargas, a NHMC TV writers program alum staffed on the first season of Fuller House on Netflix. “What else could a budding writer ask for?”

“The NHMC writing program brought me to the attention of a manager, who then got me an agent, who then staffed me on a network show,” said Spiro Skentzos, a NHMC TV writers program alum who wrote for the latest season of Hulu’s East Los High. “It was the very first link of the many links required to launch a career.”

The programs, which kicked-off at an event held in NHMC’s headquarters, include:

NHMC Writers Database. In partnership with Televisa and Univision, NHMC will expand this important effort to keep track of the organization’s 130+writers that have completed the program as well as facilitate their contact information and as scripts to television and film executives as well as talent agents and managers.

Policy Fellowship Program. Fellows from different legal institutions from across the country serve for a semester, learning about media and telecommunications policy issues from a civil rights and public interest perspective. Students will spend a week in DC or Miami observing English language production facilities at Univision. Alumni of the program have gone on to judicial clerkships, the FCC, non-profit organizations, and law firms large and small.

In December 2015, Univision and Televisa announced plans to expand their existing program to provide opportunities for Latinos in the U.S. media and technology sectors with numerous partners, including NHMC. The organizations joined efforts to achieve two overarching goals:

1) Strengthen and expand their existing efforts to increase the pipeline of Latinos in media and technology; and