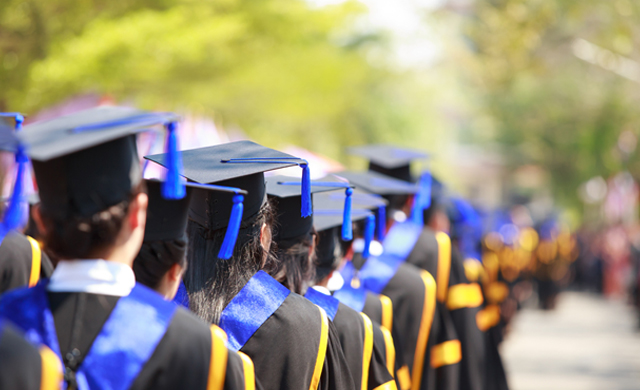 Many people fresh out of college who succeeded in landing work in recent years may need to face a painful truth -- their employers often don't think they're ready for the job.

According to a survey released today by PayScale, which provides data on salaries, and executive development firm Future Workplace, nearly 90 percent of all recent college graduates considered themselves well prepared for their jobs. Unfortunately for young employees, only half of hiring managers shared that opinion.

More than half of all companies (60 percent) said new grads lacked critical thinking skills and attention to detail (56 percent), while 44 percent found fault with their writing proficiency, and 39 percent were critical of their public speaking ability.

"We hear all the time about the 'skills gap,' the gap between the skills needed to succeed in the professional world and the skills with which young professionals leave college," said Katie Bardaro, vice president of data analytics at PayScale, in a news release." The data we've collected show that even though their education may make recent college graduates feel prepared to enter the workforce, only half of hiring managers agree with them; managers feel crucial skills in recent graduates are frequently lacking or absent."

The data from the report was collected over the first few months of 2016 by PayScale from about 76,000 participants. It echoes a 2015 report by ETS, which administers the SAT, that found declining literacy and math skills among U.S. workers.

Not surprisingly, technology and financial skills continue to be in high demand among America's employers. For corporate executives, the most important skills for getting a promotion are business management, IT proficiency, and expertise with profit and loss statements.

Software development and management skills are especially prized in young employees. For instance, workers proficient in the Scala and GO computer programming languages can expect to earn about 20 percent more than those without those skills, according to PayScale, which collected this data over the past two years. Those with knowledge relevant to mergers and acquisitions, as well as equity management, can expect a rough pay premium of 17 percent.