Adopt an Immigrant Mindset to Advance Your Career 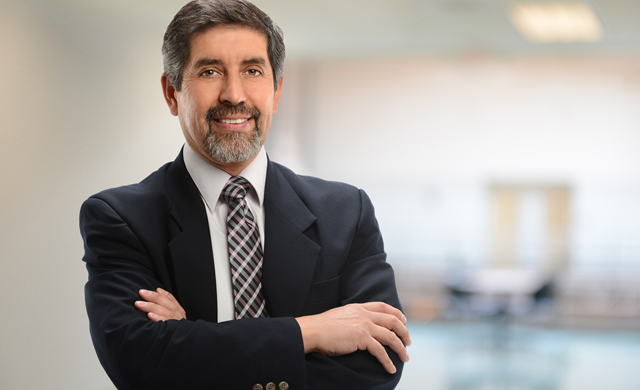 If you want to remain relevant and advance your career in today’s global marketplace, you need to serve as an enabler of business growth and innovation.  One of the best ways to stay focused on innovation and remain competitive is to adopt an “immigrant mindset.”

The immigrant mentality has proven time and again to accelerate careers and build enterprise. A study in 1996 from the Alexis de Tocqueville Institution (AdTI) used the issuance of new patents to measure immigrants’ inventiveness and spirit of enterprise. Examining 250 recently-issued U.S. patents chosen at random, AdTI found that over 19% of them were issued to immigrants alone, or to immigrants collaborating with U.S.-born co-inventors. These patents generated more than 1,600 jobs.   A 2011 study by Partnership for a New American Economy found that 76% of patents awarded to the top 10 patent-producing U.S. universities that year had at least one foreign-born inventor.

According to another study, more than 40% of Fortune 500 companies operating in 2010 were founded by immigrants or their children – including some of the most well-known brands, from Apple and IBM to Disney and McDonalds.  The companies noted in this study had combined revenues of $4.2 trillion, more than the GDP of most countries.

You may not think of yourself as an immigrant.  But you can still learn to think like one.  Based on research my organization has conducted on the immigrant business population, here’s how to get started:

Like an immigrant who comes to a new country, managers need to see that opportunities are everywhere, every day, and that they need to make the most of those that cross their paths.

This is exactly what Andrew James Viterbi, an Italian immigrant, did in 1967 when he invented the Viterbi algorithm, an error correcting code which has been used widely in cellular phones. Mr. Viterbi took this immigrant perspective and went on to co-found Qualcomm Inc. And it’s what Pierre Morad Omidyar, an immigrant from France, did when he revolutionized the selling and purchasing of goods by founding eBay. Their stories are just some of the many examples of immigrants who’ve seized opportunities and brought them to market.

Many immigrant families experienced crisis and change in their mother countries, which can make them more proficient at anticipating crisis and managing change before circumstances force their hand. All managers need to develop this ability to see around the corners up ahead. Filtering career advancement and business opportunities through this lens allows you to put your options into proper perspective with much greater clarity.

Estee Lauder, the child of Hungarian immigrant parents, created a family dynasty by proactively managing change in the cosmetics industry.  In the postwar consumer boom, women began to want to sample cosmetic products before buying them. Lauder noticed and responded to this shifting dynamic by pioneering two marketing techniques that are commonly used today: the free gift and the gift-with-purchase.

Born to Greek parents, Peter M. Nicholas co-founded medical device firm Boston Scientific.  In a report by the Partnership for a New American Economy (PDF), Nicholas reflected on his immigrant influence when he said, “It was like a gift being raised in a Greek family.  All of us kids had embedded in us this ambition to work hard and achieve a better life than what our parents could have ever imagined.” This proved helpful in the early days of Boston Scientific, a company that now employs 25,000 people.

History has shown many immigrants to be potent pioneers, blazing paths few others would go down, and seeing them through to the end. Once unleashed, this passionate sense of purpose—as long as it remains consistent and authentic—opens new doors.

4. Live With an Entrepreneurial Spirit

Seizing opportunities to build relationships, advance commerce, and improve humanity is a survival mechanism for many immigrants. Career advancement must be approached with this same hunger for survival.

Google is a great example of what an entrepreneurial spirit can do.  The hunger and focus of its founders, one of whom —Sergey Brin – was an immigrant, not only enabled Google to survive the competition; it kept other companies from even coming close to competing on the same scale. While their paths have diverged – co-founder Larry Page is now CEO and Brin is reportedly spearheading Google X, a top-secret hardware lab – the company owes at least half of its success to Brin’s immigrant entrepreneurial spirit, which he himself attributes to growing up as a Soviet Jew in Moscow in the 1970s, where he felt alienated as a minority.  His sense of whom to trust and whom to ask for help, his vision to see something better, and the conviction to go after his dreams are traits that Brin’s father, Michael Brin, taught him by example.  He developed a tenacious, risk-taking mentality, which led him to unique entrepreneurial opportunities.

5. Work With a Generous Purpose

In the immigrant populations that my organization researches, children are often raised to consider others’ needs as much as their own. This begins with giving inside the family when they’re young. When they’re older, they’re taught that they’re part of a larger community.   Sharing momentum within this community ensures continuous prosperity.   Being generous enough to share your career goals and aspirations gives you a larger sense of purpose in your own career.

While researching immigrants who exemplify the meaning of generous purpose for my book, Earning Serendipity, I came across the story of Ingvar Kamprad, founder of IKEA. Kamprad notably rooted out the exploitation of child labor from his own manufacturers and then worked to eradicate the problem at its source – by fighting poverty, hunger, illness and illiteracy. Long before social responsibility became the buzzword it is today, IKEA was already setting the standard, thanks to its founder’s immigrant mindset of working with a larger purpose in mind, for the greater good of the community.

Our research has shown that the immigrant’s familial style of relating to their community expands their circle.  Likewise, some of the strongest bonds in business, across the entire value chain, occur when employees, partners and distributors are treated like family. According to a study conducted by Harvard Business School professor Belén Villalonga , family firms are often able to take a longer-term, more strategic approach, and keep stronger relationships with their customers. In his study, family-controlled firms outperformed their public peers by 6% on company market value.  Today, one-third of all companies in the S&P 500 index are run by families.

The immigrant’s cultural promise is that success comes most to those who are surrounded by people who want their success to continue.  Managers who embrace this attitude, and practice this skill, will find themselves advancing their careers quickly.

Each of these six ideas interconnect. Their impact becomes greater as they build upon one another.   Make them a natural part of your identity, and your career will flourish.

Want to learn more about the immigrant perspective and 21st century leadership?