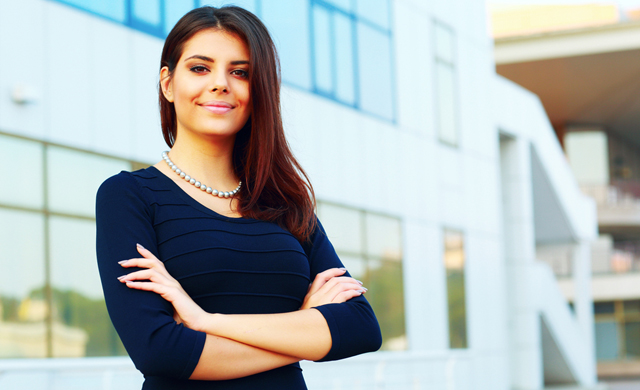 An innovative program that helps Latina business owners get to the next level is closer to awarding lucky Latina entrepreneurs with $25,000.

The Puerto Rico-based non-profit AccessLatina, which looks to bring together Latina entrepreneurs with the capital resources they need, has picked eight finalists from California, Florida, New York and Puerto Rico. The finalists represent a variety of different endeavors ranging from pharmaceutical research and Spanish-language immersion classes, to low-cost hair extensions and organic farming. Together the women have generated close to $1.5 million in revenue in the last two years.

"The response was overwhelming. We received hundreds of applications and it was real hard to pick the finalists," says AccessLatina spokeswoman Catherine Cuello. "We looked at what they had done in the past, what their plans are for the future, and what we can do to help them get to the next level."

The next level is often where many businesses stall, unable to raise enough money to continue beyond the first few years. While 10 percent of all women-owned businesses in the U.S. are Latina-owned and growing, access to capital remains elusive for many. AccessLatina, co-founded by two women with financial and management experience, seeks to serve as an accelerator, which is defined as monies injected into a business to keep it going and grow.

The women entrepreneurs competing for AccessLatina funds have to be in business for two-to-three years, with annual sales of no less than $100,000 and no more than $1 million.

AccessLatina will pick five winners next month and each will receive $25,000 and other resources, including marketing and training.

Finalist Francesca Kennedy started the sandal company Ix Style, where all products are made by artisans in Guatemala.

Kennedy, whose family is originally from Guatemala, grew up visiting relatives in that Central American country. She decided to take action when she saw what happened to a favorite lake that was far from the pristine state she remembered as a child.

"I used to be in finance, but I started this company when I saw that the lake I grew up swimming in was completely polluted," she told NBC Latino. "Ix is the Mayan word for water, and for every purchase made, you can help provide clean water." Ix helps with water filtration systems and wells, among other clean water efforts.

Victoria Flores is a Mexican-American Latina born and raised in Los Angeles, and the first in her family to go to college.

"Being selected as a finalist legitimizes what we're doing and tells us that we're on the right track," she said. "It feels great to be recognized because it's tough as a female entrepreneur, especially when you're trying to raise money, but as a Latina entrepreneur it's a different ballgame and tougher."

Flores is the founder of Lux Beauty Club, which provides hair extensions and other hair and beauty products at much lower cost than others. Another finalist is filmmaker and producer Trina Bardusco of Flamenca Films, and Michelle Pérez Kenderish, of Puerto Rico Diseña, an economic development project that features designers and local products from the island as a way to foster and promote local talent.

Finalist Catherine Lajara is with Novel Research, an organization in New York that conducts clinical trials with the goals of eliminating health disparities and increasing patient awareness of healthcare options.

"Novel means taking a different approach to medicine and bringing it back to basics, innovating and being able to talk with the patients and helping them develop strategies to empower themselves no matter the diagnosis," said Lajara, who is Dominican American and from New York and Florida. She welcomes the chance to help her business grow. "I'm thrilled. I think it's fantastic that I have an opportunity to be involved with women who inspire me."

Cindy Cruz is a self-described "city girl" in Puerto Rico who says she felt unfulfilled by what she was doing with her life. "I figured out that I wanted to be happy and connect with nature," she said.

"I feel proud of what I do now. I feel blessed and honored that my work is being recognized, and I'm not just thinking of myself. If I grow, others behind me grow too, like a domino effect," Cruz said. "I look forward to being able to connect with other Latina entrepreneurs and others who can help me grow outside of Puerto Rico."

Sacha Delgado started a Spanish-language immersion program, the Institute for Spanish Learning Acquisition (ISLA) in Puerto Rico. "I'm at the point where we have to decide if we're going to be a mom and pop shop or really grow and have a greater impact, and I don't think I can do that by myself," says Delgado. "To have somebody guide you and give you perspective really helps."

Delgado added that despite a government default and other economic bad news coming out of the island, the "entrepreneur mentality" is catching on there.

"The only way that you can have control over your own destiny is to be an entrepreneur," she said. "You can start off small and grow it little by little. People here are highly educated, good workers and there are many resources. People are motivated in Puerto Rico to reach their goal, and their goal generally is to be happy and to make a good community and a good place to live."

"Latina-owned businesses have increased nearly 200 percent over the past decade and we want to help them grow through access to mentorship, networks, and opportunities," said AccessLatina co-founder Marta Michelle Colón.