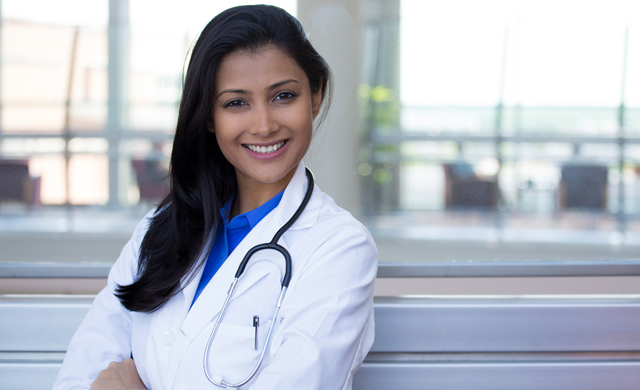 HUNTINGTON, W.Va. — For Tabitha Waugh, it was another typical day of chaos on the sixth-floor cancer ward.

The fire alarm was blaring for the second time that afternoon, prompting patients to stumble out of their rooms. One confused elderly man approached Ms. Waugh, a registered nurse at St. Mary’s Medical Center here, but she had no time to console him. An aide was shouting from another room, where a patient sat dazed on the edge of his bed, blood pooling on the floor from the IV he had yanked from his vein.

“Hey, big guy, can you lay back in bed?” she asked, as she cleaned the patient before inserting a new line. He winced. “Hold my hand, O.K.?” she said.

Ms. Waugh, who is 30 and the main breadwinner in her family of four, still had three hours to go before the end of a 12-hour shift. But despite the stresses and constant demands, all the hard work was paying off.

Her wage of nearly $27 an hour provides for a comfortable life that includes a three-bedroom home, a pickup truck and a new sport utility vehicle, tumbling classes for her 3-year-old, Piper, and dozens of brightly colored Thomas the Tank Engine cars heaped under the double bed of her 6-year-old, Collin.

The daughter of a teacher’s aide and a gas station manager, Ms. Waugh, like many other hard-working and often overlooked Americans, has secured a spot in a profoundly transformed middle class. While the group continues to include large numbers of people sitting at desks, far fewer middle-income workers of the 21st century are donning overalls. Instead, reflecting the biggest change in recent years, millions more are in scrubs.

“We used to think about the men going out with their lunch bucket to their factory, and those were good jobs,” said Jane Waldfogel, a professor at Columbia University who studies work and family issues. “What’s the corresponding job today? It’s in the health care sector.”

The pay of registered nurses — now the third-largest middle-income occupation and one that continues to be overwhelmingly female — has risen strongly along with the increasing demands of the job. The median salary of $61,000 a year in 2012 was 55 percent greater, adjusted for inflation, than it was three decades earlier.

And it was about $9,000 more than the shriveled wages of, say, a phone company repairman, who would have been more likely to head a middle-class family in the 1980s. Back then, more than a quarter of middle-income jobs were in manufacturing, a sector long dominated by men. Today, it is just 13 percent.

As the job market has shifted, women, in general, have more skillfully negotiated the twists and turns of the new economy, rushing to secure jobs in health care and other industries that demand more education and training. Men, by contrast, have been less successful at keeping up.

In many working- and middle-class households, women now earn the bigger paycheck, work longer hours and have greater opportunities for career advancement. As a result, millions of American families are being reconfigured along with the economy.