Underrepresented in tech, Latinas are using TikTok to help others navigate the industry 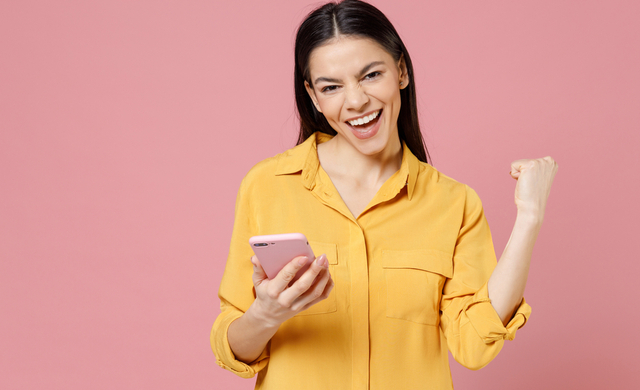 When Maribel Campos was 11, she was living in her parents' trailer home in Sonoma, Calif. She recalled wanting her own iPod, but her parents, who were working multiple jobs to make ends meet, couldn't afford one.

Campos, now 24, not only owns an iPod, but she also works at Apple TV Plus — a full-circle moment for her, she said.

"Never in a million years would I think that I would be working" on an Apple product or service, Campos, the daughter of Mexican immigrants, said.

Across all races and ethnicities, women remain underrepresented in computing-related jobs in the tech field, holding just 26 percent of the positions. For Hispanic women, this disparity is even worse, as they make up just 2 percent.

Now, Campos, along with other Latinas, are taking to TikTok to help others in their community navigate the tech world — by sharing their experiences, dispelling misconceptions and offering advice.

"I grew up in poverty, I had zero connections. I didn't study anything relevant to what I'm doing now," Campos, who has a degree in communications and media studies from Sonoma State University, said in one of her videos. "I'm still working in tech and you can do it too."

Michelle Villagran, 24, a systems implementation consultant for Westlands Management Solutions based in San Francisco, said she often felt discouraged in entry-level positions and internships because she was usually the only Latina.

"I would tell myself, like 'Dang, I can’t have this job. There’s nobody else that looks like me here,'" said Villagran, who works remotely from Portland, Oregon. "There weren’t other Latinas in these teams, I was always the only one."

Since many of the Latinas in tech are pursuing different career paths than those of their family and friends, it's also hard for them to get career advice.

"I’m navigating everything by myself. I can’t reach out to my parents for advice or anything. So it definitely can feel very, very isolating," Campos said. “There’s no one to hold your hand or tell you what to do next in your career, what next steps are for you, how to do your job. So finding someone that relates to your background and that is willing to help you is super key to being successful there.”

She said she found support through human resource groups, such as Amigos at Apple and outside groups such as Latinas in Tech.

Some also say they experience what is called impostor syndrome, which women are 22 percent more likely to experience in tech workplaces.

“It’s also the age,” said Gina Moreno, 26, a program manager for Microsoft. “You’re young, whereas a lot of people have 20-plus years of experience.”

For Moreno, learning to undo traditional Mexican values and perceptions of being a reserved and humble woman were pivotal in transitioning from college to a full-time professional job, she said.

About 66 percent of women in tech say there's no clear path for career advancement at their companies.

"At the end of the day, we’re all breaking glass ceilings, we’re all carving our own path," Moreno said.

Striving to be an example

But Villagran, Campos and Moreno show a different side of the industry in their videos, by highlighting the variety of positions in the industry, some of which don't require coding skills, yet still pay attractive salaries.

Their videos also include information on tech careers that don't require being an expert in math and science, resume and internship advice, and a stark look at some of the negative aspects of the industry, which is often glamorized in media and pop culture, and how their salaries have helped them travel, build generational wealth and support their families.

Villagran, who earns a six-figure salary, said she strives to be an example for her sister and the other younger children in her family to show that they can provide for themselves.

She also created a mentorship program that helps students from all backgrounds learn about finances beyond what's taught in school, including 401(K) contributions, how to build credit and interview preparation techniques.

Moreno, who's garnered more than 67,000 followers on TikTok, is also looking to build support services for people interested in receiving help to enter the tech and STEM-related industries, including a mentorship program, guides and courses.