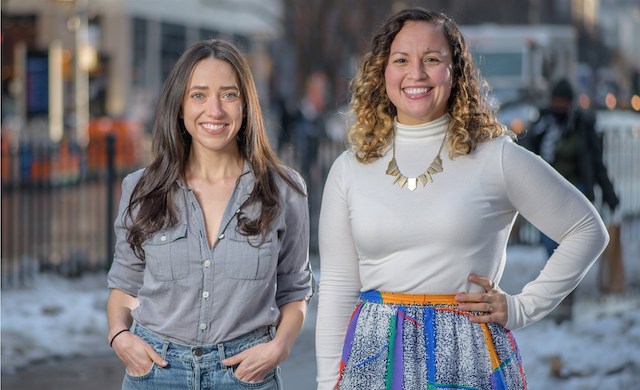 Some former Obama White House and administration staffers are coming together to create a new scholarship opportunity for Latino students looking to intern in the nation’s capital.

Some former Obama White House and administration staffers are coming together to create a new scholarship opportunity for Latino students looking to intern in the nation’s capital.

Antoinette Rangel and Alexa Kissinger, both attorneys, co-founded the Latinx44 Scholarship Program, a nonprofit that will award several scholarships to Latino students to help fund a public service-oriented internship in Washington, D.C. The program is being funded by Latinos44, an “alumni” group made up of hundreds of other Latino former officials from the Obama administration.

“I knew White House interns who had to take out personal loans or work multiple jobs or really live on a frugal budget,” Rangel, who began her six-year career in the White House as an intern for the Office of Political Affairs, told NBC News. “For students coming from traditionally underrepresented backgrounds, it could mean them not taking an opportunity."

The program — whose application deadline is April 1 — will provide $1,500 scholarships to several students. Current college or graduate students who identify as part of the Latinx community are eligible as long as they have already secured a public service internship in D.C. for the summer. Each recipient will also be provided professional development opportunities and be matched with a mentor specific to their career interests.

The scholarship — which has already raised more than $10,000 — was created to help break down barriers of entry for Latinos in the workforce.

The National Association of Colleges and Employers found in a study last year that among college seniors, Hispanic students were the overrepresented demographic who had never had an internship and if they did, it was likely unpaid.

As for congressional internships, the nonprofit Pay Our Interns found last year in a study that only 5 percent of all interns are Latino, even though the demographic represents 20 percent of all undergraduate students nationwide.

Valentina Pereda, who met Rangel and Kissinger while working at the White House, donated to the program because she felt internships were cost-prohibitive, especially in a city already expensive to live in. She hopes the scholarship will allow recipients to tap into a vast network they wouldn't have had otherwise.

“It’s really about — first of all — knowing that you have the financial support to do it," said Pereda, currently a documentary filmmaker.

“If you do the right internship and other job opportunities, it’s not just about the experience of interning at a place," said Pereda. A public service internship gives students and young professionals a network of mentors and colleagues and a view of the different career paths in government and in the public sector.

When Rangel first came to D.C., she lived in the most inexpensive room she could find, but was grateful she had the financial backing of her parents. Now a judicial law clerk for the U.S. District Court for the Southern District of New York, she can’t imagine having pursued her career without her internship.

Not only does she want the scholarship program to support students who otherwise could have been cut off from those career possibilities, Rangel hopes it will support the next “generation of Latinx leaders."

“We just want to make sure Latinx students have the same opportunities as their peers from other backgrounds so they get these experiences of a lifetime,” she said.