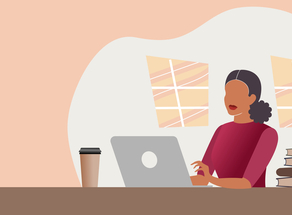 Did you know that 80% of all new businesses in the U.S. are started by Latinos?

This statistic is especially inspiring as we begin the month-long celebration of National Hispanic Heritage Month, which recognizes the contributions and influence of Hispanic Americans in the United States. And not surprisingly, many are women.

Their stories are uplifting, universal, and particularly relevant today as women strive to have a louder, prouder voice in the business world.

Sandra Campos, a first-generation Mexican American, is the CEO of Project Verte, a platform that helps companies scale their e-commerce businesses. Growing up working in her family’s tortilla factory in Texas, she honed her logistics and supply chain skills as a little girl and leveraged those skills working for iconic designers like Donna Karan, Ralph Lauren and as CEO of Diane von Furstenberg.

Melissa Gonzalez is a second-generation Puerto Rican born and raised in the Bronx. The founder and CEO of The Lion’esque Group, and Principal at MG2, a company that helps brands create human connection via experiential retail, started at Lehman Brothers but quickly followed her passion to blend her business prowess with her creativity. Regarded as a retail industry expert, strategist and storyteller who has advised major retailers such as Amazon, Marc Jacobs and Nordstrom, she is also an author and podcast host.