Some Financial Firms Tackle Diversity Gap Head-On, Say They Can't Afford Not To 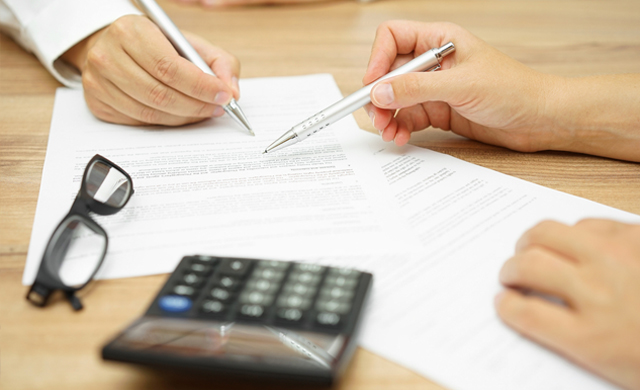 Natasha Granholm was a student at Robert Morris College when she got an unlikely foot in the door at PricewaterhouseCoopers.

The accounting giant, which didn't typically recruit at Robert Morris, had asked the school for help finding candidates to fill copy room positions, and Granholm, a top accounting student, was encouraged to apply.

She told the interviewer she'd prefer a job that used her accounting skills. Her moxie paid off.

When she returned home to Aurora that evening, she found a package, delivered by a courier, with an offer for a full-time client internship at PwC.

"It was the first step toward that better life that I had hoped for," said Granholm, who was raised by a mother and grandmother who had not finished high school.

That was not the happy end to the story.

Granholm, whose dad is black and mom is Mexican, realized after settling into her new job that no one at the office looked like her. She had trouble relating to her colleagues, didn't have the "easy commonalities" that spark conversation at the lunch table, couldn't see a way up through the ranks.

"I thought it wasn't a place for me," Granholm, 38, said of the experience nearly two decades ago.

She almost left. And some in financial services are recognizing that losing employees like Granholm is big problem.

Corporate America has talked for a long time about increasing the diversity of its workforce, and the lily-white financial services industry has acknowledged it continues to fall short despite some efforts.

In Chicago, a group of 16 financial institutions comprise the Financial Services Pipeline, an initiative created in 2013 to address diversity. It released a report last year that found the percentage of blacks and Latinos shrinks considerably in the senior ranks, as they encounter a "choke point" of advancement at the manager level and show higher rates of attrition.

Blacks, who make up 17 percent of the Chicago metro area's population, fill 12 percent of the area's financial services jobs but just 3 percent at the senior management level, according to the report, which was done by Mercer.

Latinos, who make up 21 percent of Chicago metro, represent 10 percent of financial services jobs and 2 percent at senior levels.

Meanwhile, whites, who make up 54 percent of Chicago metro, comprise 67 percent of all financial services jobs and 91 percent of senior-level positions.

Without changes to hiring, promotion and exit rates, the representation of blacks and Latinos in financial services will be lower in five years than it is now, the report said. Increasing retention rates would bring about the greatest rise in leadership diversity.

Some companies are ramping up efforts to shift the trends, saying they can't afford not to.

"The people who hold the money that we want to be a part of investing are asking these questions (about diversity), and it's making a difference in how far you get in the process" of winning their business, said Toni Cornelius, chief inclusion and human resources officer at Mesirow Financial.

Cornelius said that when she started at Mesirow less than four years ago, potential clients wanted to see the standard form required by the Labor Department showing the overall racial and gender breakdown of the staff.

That's no longer enough. Now, they want to know the diversity in specific departments, among subcontractors and of the fund managers who would work on the project, Cornelius said. As the nation becomes more diverse, clients want the money handlers to reflect the people their funds represent.

"It's not something that can be avoided anymore," she said.

The root of the problem may not be avoidance so much as neglect. A tradition of recruiting from the alma maters of existing employees has kept financial services largely homogenous.

While Mesirow in the past has had relationships with groups that connect it with under-represented candidates, such as Chicago Scholars and the Chicago Urban League, the efforts were fragmented, Cornelius said.

She and inclusion associate Julie Felix are working to move the needle.

Mesirow has begun partnering with organizations like the National Society of Hispanic MBAs to host in-house recruitment events that bring under-represented candidates into the office. Business leaders and other employees are invited to participate in hopes of organically spreading a firmwide cultural shift, Cornelius said.

They are hoping to connect with people like Donovan Hamlet, 27, who was among nearly 175 young professionals who attended a three-day conference Mesirow recently hosted for the Robert Toigo Foundation, which offers fellowships to minority Master of Business Administration candidates.

It's not something that can be avoided anymore. — Toni Cornelius, Mesirow inclusion officer, on clients' desire to see diversity.

Hamlet, who is black, works in asset management at Bank of New York Mellon and was recently admitted to Columbia Business School in New York. He hopes to pivot into aviation, perhaps in corporate strategy, indulging a love of planes that dates to when he was a kid.

Hamlet grew up middle-class in a low-income Bronx neighborhood. His dad, a bus driver, would park his car in the landing path at LaGuardia Airport and sleep in the back seat between his two jobs, while Hamlet, who went along when his mom was at work, would watch the planes land.

He studied finance at St. John's University in Queens and was the first in his family to graduate from college, where he discovered how difficult it was to land a first job without the "cookie-cutter" experience.

While working two shifts daily as a personal trainer at David Barton Gym, he said, he asked to intern in its finance department, which got him on a path.

Chisom Amaechi, 28, another conference participant, had flown in from Guatemala, where she works for a startup that handles solar electricity projects. The daughter of Nigerian immigrants, Amaechi said the benefit of diversity is less about skin color than experience and perspective.

"There are so many different problems in the world, and if you're not looking at all the angles and voices, you're really missing out," said Amaechi, who starts at Yale School of Management in Connecticut this year.

Mesirow's efforts aren't only about race; The company also is shooting for a high score on the Corporate Equality Index, which measures employment of lesbian, gay and transgender people.

Sensitive to the backlash that can occur with diversity initiatives, they are not imposing statistical targets. Instead, the goal is to develop a consistent pipeline of women and minority candidates for all of the positions Mesirow is hiring for.

Cornelius said she purposefully left the word "diversity" out of her title because it can remind people of quotas.

The cover story in the current issue of The Harvard Business Review examines three decades worth of data and finds the three most popular diversity interventions actually make firms less diverse, in part because people feel coerced.

Mandatory diversity training leads to resentment, hiring tests meant to reduce bias are unevenly applied and grievance systems can lead to retaliation that discourages people from using them, the researchers write.

Financial services is not the only industry struggling to improve diversity.

Among the 50 largest Chicago-based public companies, by revenue, just 10 percent of executive positions are held by blacks, Hispanics or Asians, according to a 2014 report from Chicago United, a group that promotes multiracial leadership in business. A third of the companies had zero racial and ethnic diversity within their executive ranks. The companies with the best minority representation are McDonald's, Tenneco, Walgreens, Exelon and Mondelez.

Susan Medina and Peter Gomez, Chicago headhunters who specialize in recruiting minority candidates for executive roles, said attention to diversity transparency in Silicon Valley and other industries has helped move the conversation in the right direction. But many efforts continue to be just lip service.

And there are more insidious challenges.

Despite the research suggesting that strong-arming backfires, Medina said mandates are key to driving results.

"Tie it to the bonus," said Medina, who along with Gomez is a partner in the Chicago office of Battalia Winston.

The challenge in financial services is that much of the money wealth advisers go after is "old white money," Gomez said. While commercial retail banks have motivation to diversify to reflect their clientele, wealth accumulation among minorities is slower-moving, he said.

But it behooves the industry to take the long view.

Jason Tyler, executive vice president in asset management at Northern Trust, is frustrated by the lack of progress. When he sifts through the annual reports he receives each year from companies he follows, the executive teams shown in photos almost always consist entirely of white men.

"Why aren't people screaming at this?" he said.

Tyler doesn't buy the argument that the talent pool isn't big enough; he thinks the real problem comes at promotion time, when leaders tend to fill positions with people who look like them or the person who was there before.

Tyler praises leaders who have told their vendors they expect diversity or have proposed a version of the Rooney Rule, originally implemented by the National Football League and named after Pittsburgh Steelers Chairman Dan Rooney, which requires minority candidates to be considered for every open senior position.

"It sends a terrible message that no matter how smart you are, there's too much to navigate, the deck is stacked against you, the system is not accepting you based on your merits," Tyler said. "You have to be so much better, so much smarter, to overcome the system."

Granholm, now a tax partner in the Chicago office of PwC, feels similarly.

She ended up staying with the firm despite her initial discomfort thanks to a tour of duty in the Washington, D.C., office, where she met several black leaders and for the first time felt that she could rise to that level, too. She credits her rise to the support of mentors of all races.

Now she works on the company's varied diversity efforts, including a local initiative to engage schools with large populations of racial and ethnic minorities to get their top students interested in PwC. Getting young people to understand the brand, and shed the "pocket protector" image of accounting, is one of the biggest hurdles, Granholm said.

Since Granholm became partner in 2012, the firm has hosted over 100 students from Granholm's alma mater,, plus students from the University of Illinois at Chicago and DePaul, Loyola and Roosevelt universities.

"It's a completely different firm in my view," Granholm said of the commitment PwC has made to diversity. The company recently announced a diverse 20-person U.S. leadership team, which includes seven women, eight minorities, five foreign-born people and one person from the LGBT community.

Maria Moats, who this month finished her term as chief diversity officer at PwC, said 1 in 3 new employees at the firm are ethnically or racially diverse, though diversity remains a challenge at the partner level.

The company has several programs to encourage minority employees to reach higher levels, including a yearlong leadership development program for black new hires and a coaching program for top-performing minority senior managers and directors.

Still, Moats said, there needs to be greater emphasis on sponsorship for the advancement of minority employees, rather than just offering counseling.

Moats, who is Hispanic, speaks from experience.

"People saw something in me before I ever did," said Moats, who heads assurance on the new U.S. leadership team. "Our job is to do the same for others."