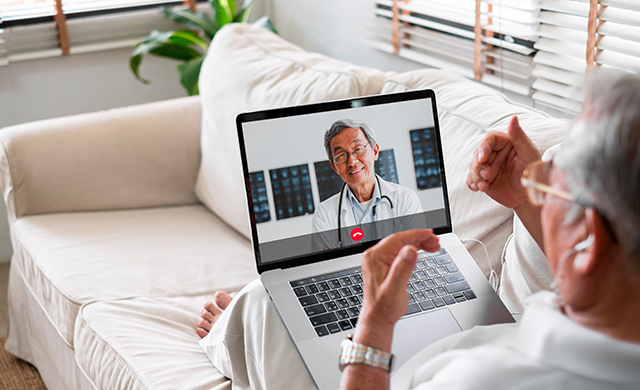 Most Americans supported the expansion of telehealth, and a significant portion of the populations reported using telehealth services, according to results of a national opinion poll by the American Psychiatric Association.

More than 50% said they would use telehealth for mental health services.

“The quick pivot to providing telehealth services at the start of the pandemic was vital to providing continued access to care, and this poll shows the important potential role for telehealth going forward,” APA President Vivian Pender, MD, said in a press release. “Telepsychiatry especially helps those facing barriers such as lack of transportation, the inability to take time off work for appointments or family responsibilities.”

A total of 1,000 adults aged 18 years or older responded to the online survey between March 26 and April 5. Results showed 38% used telehealth services to meet with a medical or mental health professional, which increased from 31% in the fall of 2020. Most (82%) of those who used telehealth services used them since the pandemic began, and most (69%) used telehealth through a video format while 38% used phone calls only. Despite the survey’s finding of widespread use of telehealth services during the pandemic, 33% of respondents who sought to make an appointment for mental health services reported difficulty doing so in the past several years. Black and Hispanic Americans more often reported difficulty than did white Americans, as did younger adults compared with older adults regarding trouble scheduling an appointment.

This year, 45% of respondents reported that telehealth services can offer the same quality care as in-person services, compared with 40% in 2020. The percentage of Americans who said they would use telehealth services for mental health care increased from 49% last year to 59% this year, with younger adults more likely to say so than older adults. Similar percentages of Black, Hispanic and white Americans said they would access mental health care via telehealth. A total of 43% of respondents expressed a desire to continue using telehealth after the pandemic, with 34% saying they would prefer telehealth service to an in-person visit to their doctor. A total of 57% said they would consider using a support line or online chat when experiencing a time of personal difficulty and mental anxiety.

“Continued access to telehealth during and after the pandemic is vital, and the poll indicates increasing public support for it,” APA CEO and Medical Director Saul Levin, MD, MPA, said in the release.“As we continue to face the long tail of the pandemic, we have an opportunity to innovate and continue to improve access through telehealth.”