New Diabetes Guidelines Lower Screening Age to 35 for Some Adults 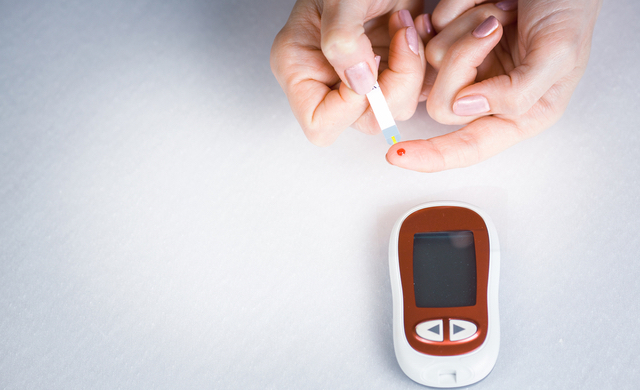 At least 31 million adults in the U.S. have Type 2 diabetes.

Screening for Type 2 diabetes and prediabetes should start at age 35 for people who are considered overweight, instead of the currently recommended age 40, a draft set of guidelines from the U.S. Preventive Services Task Force recommends.

The update, prompted by the rising number of Americans who are overweight or obese, could result in millions more being eligible for the blood test as part of regular medical exams. The guidelines are specifically intended for people who are overweight — a body-mass index of 25 to 30 — or obese, a BMI of 30 or above. Excess weight is a major risk factor for diabetes.

At least 31 million U.S. adults have Type 2 diabetes, the seventh leading cause of death in the country, according to the Centers for Disease Control and Prevention. Diabetes can trigger serious health problems, including heart disease, kidney failure, stroke, blindness and limb amputation. Prediabetes is a higher than normal blood sugar level that doesn't meet the threshold for diabetes but may eventually develop into the condition.

“We know the rates of prediabetes and diabetes are increasing in people who are younger,” said Dr. Chien-Wen Tseng, a task force member and a professor of family medicine at the University of Hawaii’s John A. Burns School of Medicine. “Our main reason for dropping the age is to match the screening with where the problem is: If diabetes and prediabetes are occurring at a younger age, then we should be screening at a younger age.”

It’s not currently known how many people with prediabetes will go on to develop diabetes, Tseng said. “We know that there is an increased risk for developing diabetes, but we don’t know exactly what the percentage is,” she added. “And we don’t know who is most likely to go on to diabetes. Screening at an earlier age will tell us who should be monitored more often.”

The task force’s pooled analysis of 23 earlier studies, which included 12,915 participants with prediabetes, revealed that lifestyle modifications lowered the risk of developing diabetes by 22 percent and the reduction in risk did not depend on age, gender, race, ethnicity or BMI.

For most people, changes in lifestyle, including healthier eating habits and an increase in activity, can bring blood sugar under control, Tseng said.

The new guidelines are significant because early intervention can not only improve diabetes control, but also reduce risk of chronic kidney disease and cardiovascular disease, said Dr. Emily Gallagher, an assistant professor of medicine, endocrinology, diabetes and bone disease at the Icahn School of Medicine at Mount Sinai.

“Diabetes is the leading cause of kidney disease and blindness in the U.S., and these are preventable diseases,” she said in an email. “Unfortunately, people are still often unaware that they have diabetes [until] they develop a complication such as a heart attack or foot ulcer.”

It's also important for doctors to consider screening at an earlier age and a lower BMI in certain minorities, including African Americans, Native Americans, Alaska Natives, Asian Americans, Hispanic/Latinos, Native Hawaiian/Pacific Islanders, as well as people with a family history of diabetes, a history of gestational diabetes or polycystic ovary disease, Gallagher said.

More adults with diabetes and prediabetes are likely to be identified with this lowered age cutoff, said Dr. Matthew O’Brien, an associate professor of medicine and preventive medicine at Northwestern University’s Feinberg School of Medicine. Moreover, the new screening criteria will likely result in more diagnoses of prediabetes and diabetes in Black and Hispanic individuals, he said in an email.

A 2016 Northwestern University study, set in federally funded community health centers, found that 6.3 percent of white patients, 40 and younger, developed diabetes within three years, he said. The proportion of Black patients, 40 and younger, who developed diabetes during this same time period was 11.1 percent, and 17.6 percent among Hispanic patients.

“Prior research has shown that awareness about having prediabetes and diabetes leads to improved lifestyle behaviors that help manage these conditions and prevent related complications,” O'Brien said.